The Slammer – An Ever Growing Web Novel – Chapter 1.3 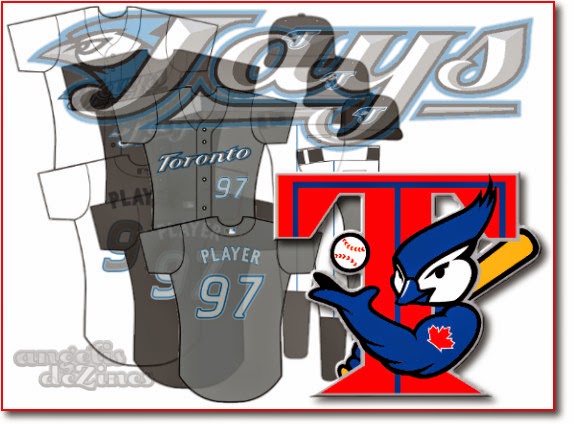 “I can’t believe that you of all people let her talk you into meeting the two of them at an Applebee’s of all places, now don’t get me wrong, this is my type of place and all, but you usually wouldn’t be caught dead here,” chuckled from Johns mouth as the two of them were standing in the lobby of Applebee’s surrounded by screaming children, and flustered looking parents. The same child that keeps running into Chris’s leg appears to be making a habit of it now, and John is doing everything he can to control his laughter as Chris has once again found himself looking quite out of place.

“Well, I imagine that a good scout is going to go to any lengths to work a deal, but you probably wouldn’t know that as the team mascot, now would you?” Chris retorted in a very snotty voice that made John chuckle loud enough to make the patrons take notice of him. The walk to the seats seemingly takes forever to Chris who is definitely acting like he doesn’t want to be seen here.

“Yeah, but you go beyond major league scout kid, you’re a full blown, stuck up major league dickhead, and that’s why the parents love it when you come along and steal their children. You take them to the finest places; lie to their faces with such amazing acting abilities. It’s classic, and to be totally honest with you, I would rather be a cartoon character who has been a junior scout for 25 years then walk around like you do, but hey, that’s me,” came amazingly “off the cuff” out of Johns mouth as he acted more disinterested with the conversation than anything else. He was simply gazing around the rafters of the Applebee’s, enjoying all of the old time baseball memorabilia. He does take his eyes off of the memorabilia, just in enough time to see Chris glaring out the window at a brand new Mercedes Benz that just pulled into the parking lot, and states, “That’s probably them.”

There was a mildly shocked look on Chris’s face as he turned for a quick glance at John, and then back out the window to see if he was correct. Low and Behold, he was correct, as the huge figure of Jay stepped from the passenger’s side of the car, and he had the biggest grin on his face, and for a change wasn’t looking straight ahead. His wide eyes gazing all about the place as if he were looking at the great Pyramids of Egypt puzzled Chris for a moment, until he looked at the man-child sitting next to him doing the exact same thing to the rafters of the restaurant. He didn’t do that for long as his gaze immediately shot back out the window to look at the beautiful Lily strolling out from the driver’s side, “How come they drive a car like that?” he asked John.

“They’re billionaires, Chris,” replied John still looking up into the rafters, and then dead into Chris’s eyes, as he added, “It was in my scouting report,” and with that he stood up to greet Lily and Jay as they made their way to the table. His mannerisms are just perfect for this meeting as he leans in and kisses Lily on the cheek and she smiles the only innocent looking smile that Chris had ever noticed. This of course was during that obnoxious period, where he is trying to clumsily get himself out of the booth.  The sight is quite amusing, because it doesn’t take a genius to realize that Chris hasn’t been in many booths at restaurants before. As he reaches out to attempt again to shake Jay’s hand, he almost gets knocked over as Jay darts into the seat that he had been sitting in. The look on Chris’s face of pure shock is priceless, and it forces John and Lily to start giggling.

“He has to sit on that side, it’s one of the few things that I can count on from him, I’ve brought him here every night for going on three years now, it’s the only thing that gets him animated other than baseball” and before Chris could start the awkward “puppy love” task of trying to figure out where he is positioned in the seating arrangements now, Lily gestures him into the booth across from Jay before she places herself in the seat next to him. John plunks himself down next to Jay, and the two of them instantly start looking about the ceiling together like a cartoon.

“Oh God, those two are quite a pair aren’t they,” Chris weakly says in an attempt to be less uncomfortable, which failed instantly, as John shot him a dirty look. He decides that the best course of action now is to start reading the menu, because he has dominated every conversation he has ever been involved in, and the imminent failure of what he was once the master at, is upon him, and he isn’t dumb enough to not see that.

When the waitress approaches the table the first thing she says is, “Good afternoon Jay, how’s my favorite baseball star today?” and amazingly enough, Jay stopped looking at the rafters long enough to look straight into the eyes of the waitress, and smile at her. Chris noticed this as well, as he sits across from him trying to get a pattern from Jay. All good scouts try to assess all of the mannerisms and habits of the prospects that they are scouting. What he notices is that Jay doesn’t know he exists, and doesn’t have a single mannerism that is obvious except for the ones that most people would consider strange. He did notice a rather interesting thing though, when John taps him on the arm and points at the “Babe Ruth” jersey in the corner. Jay actually pays attention to John, which was obvious as he looked at the jersey and then made eye contact with John as well.

Lily pipes up at this point and says to Chris, “ So I imagine that you have found out by now, that salary isn’t actually an issue, so I’m pretty sure that you will be able to sell that angle to your boss,” while she flips her napkin into her lap. “I really don’t care if I play either, it’s just I want people to see how amazing my brother is, just like John there does,” but as she looked at Chris she adds, “Yes John has been coming by the games a lot, and I wouldn’t even be talking to you if Jay didn’t seem to like him, you people worry me,” and winked. This of course made Chris want to start openly drooling, but he simply gazed back at the other two before he started making squeaking noises.

This situation is not only noticed by all of you of course, as John catches it from the corner of his eye as well, and let’s just assume that he is rather enjoying it as well, but he does take some pity on his younger boss and states “You know that what will happen is if we can get this passed by Theo, then the two of you will be shipped off to Portland or Pawtucket to see how you fare with the bigger egos right?” and then he gave her a wink of his own. Winkers are inherent in the way they communicate, and John just displayed the type of charm that always escaped Chris, and is probably going to make this all work. Chris is only here to sign off on it, and as he is starting to notice, it’s probably better that way. His lack of skills right now is showing badly, as he simply makes inaudible squeaks and nods a lot.

When the waitress comes back she displays the usual Applebee’s spiels, and then asks them if they are ready to order. Before anyone can say a word Jay pipes right up with, “Yes Tina, I would like to have the Bourbon house steak, with mashed potatoes and corn please,” and that was the end of that as he starts looking all star struck at the ceiling again. Chris was taken aback a bit, as this was the first time he had heard Jay talk, and it was quite normal enough, and he was very polite, despite the fact that he kind of acts like nobody else is here. Well also he notices that the name tag on the waitress says “Sherry” as well. The waitress took no notice and gave Jay a smile that was more along the lines of “That total hunk can call me ANYTHING he wants”, then the look that Chris expected of “Let’s humor the man who is different.” Chris of course understands that feeling quite well at the moment.

After what was quite an enjoyable evening of getting to know the whole story behind Jay and Lily, which was all in the report, had Chris bothered to read it after all, Chris had learned everything necessary to take to the General Manager of the Sox. Jay has thrown an eighty seven percent strike ratio over his two years in independent double A, and that is amazing even for the lesser of the leagues. He also had a strikeout to walk ratio of twenty nine to one, which if somehow that translated fractionally to the major leagues, he would be a legend in his first season. These are very important points to know, but more importantly, stats like that were finally able to make Chris drool over something other than the amazingly tall and ridiculously beautiful blonde telling him the stats. Armed with this information and a two year batting average of .388 with a decent slugging percentage of .522 for Lily, he doesn’t seem like an idiot, aside from the fact that he is talking about a severely functionally handicapped man and his older sister.

The other pieces, he deduced actually help as well. They are orphans to cranberry magnates from Cape Cod. Lily was granted custody of her younger brother at the young age of nineteen, while he was still sixteen, and managed to run the company that made their parents billionaires very well for the next eight years, before she placed a board in place to spend more time with her brother. The only thing that they could muster was their love for baseball and Applebee’s, but these things he thinks will look good for her in particular, as she will be carrying the weight of the world on her shoulders. He looks at John once more before they get up from the table, who has been looking around the ceiling and exchanging glances with his new best friend for the last ninety minutes between food breaks, and chuckles that the thought of, “And HE seems to think it isn’t a big deal,” but for the first time in Chris’s structured life, he has met someone who can totally dominate a conversation that he is involved in, and he has also had to admit, that John might have saved the 3 and 14 Red Sox this year … to be continued
Posted by Jeremy Crow at 4:14 PM