The Slammer – An Ever Growing Web Novel – Chapter 1.4 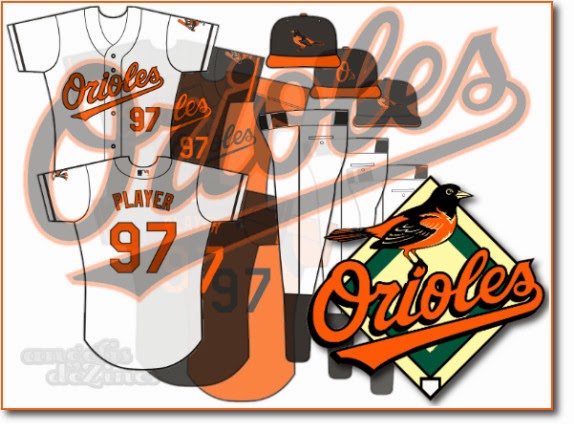 Now part of the only reason that the Red Sox even have the 3 wins that they do is because “Smokin” Jack Foster decided to come back for one more year. His last two seasons were horribly plagued with injuries, and despite the encouragement of his family, most of the team, and to be honest with you, almost the entire fan base to retire, he refused. He has every intention of making sure that his last season is one that can be talked about for ages, and despite the fact that a lot of people thought it would in humiliating fashion, he has been on fire. Un-hittable in his three starts, Smokin Jack is definitely back.

The story behind the story goes like this though, and really the only person who knows the whole truth is the scout who found Jack at the very beginning of his twenty four years in the major leagues, the man you already met named John Tricot, who fell in love with the pitcher named Jay. Jack has only been honest with John, as John has always been his best friend in all of baseball, and quite frankly the two think exactly alike. If Jack wasn’t a first ballot Hall of Fame pitcher, he wouldn’t be playing, and people wouldn’t keep John around as a mascot. You also need to factor in that John’s only real victory in the scouting world was Jack, and Jack would have never been discovered if dreamers like John didn’t think that sandlots were great places to recruit talent.

Jack has left the field in excruciating pain every day. His leg hurts, his arm feels like it is going to fall off, and if he weren’t just plain stubborn, people might catch on, but he has been fooling people with smiles and with charm and cheer for so long nobody ever looks past it. Except John of course, because if we have learned anything from this whole endeavor it is that John definitely see’s that which others don’t, and he doesn’t care to see what others do. John will never tell a soul though, and Jack will always stand by his best friend in the business, with whatever he has left, and after watching his last outing on the mound, what he has left is gradually depleting. For him though, it means a twelve strike out game as opposed to a fifteen, or perhaps a three hitter instead of a one. Jack after all does have three perfect games in his twenty one years of pitching in the major leagues and six no hitters. He is still the only gas that this team has, as injuries and a few bad decisions are taking its toll.

Jack is one of the men cut from the rock of the Gods as well, for he appreciates the weight of the world on his shoulders, but he never would spite another, for the sake of his own ego. He’s congratulated, whole heartedly two Cy Young award winners on his own team, when the only competition in the whole league was him, and also has been the victim of vote bias for his “only being a pitcher” in the MVP balloting a time or two, but he is always the man with the smile, the good advice, and more importantly the demeanor to meet a few new people to the team, and start cheering them in. In other words he’s Mickey Mantle with better velocity, less alcoholism, and in his very own opinion “a better uniform” to wear.

When he came walking into the crowd at Hadlock Field on this day, the crowd went crazy. We aren’t in the independent league anymore, this is an actual Portland Sea Dog game, and the crowd worships eagerly at one of their hero’s coming to sit in the bleachers behind home plate with them. It’s good that Jack loves the fans as he simply walks along giving smiles and shaking hands, because it calms the fanaticism immediately, when they immediately see that he is one of them, so he is quite able to find his seat next to John and Chris, before the first pitch is ever thrown.

The news had hardly any time to create the clamor for the first woman to be squatting behind the plate in an Eastern League game. It took everyone totally by surprise and the games that have been sold out since this team was a part of the Marlins organization was seeing tickets being scalped out for thousands of dollars on short notice.

The only person in the crowd more excited by it all than John, of course was Jack. Chris on the other hand looked around nervously, as he expected something bad to happen. Jack even made it a point to say quite loudly “Looks like the Sox finally made up for being the second to last team to have black players with this one if you ask me!” which got the crowd around him to all start stirring in proud agreement. The man of the people, his best friend, and the guy who is actually the most fixated on that woman than anyone else in the crowd. “John, if this kid is as good as you say he is, I’ll kiss you,” he said as he reached over to scratch at his cheek to see if he shaved, while the two old pals start laughing together.

The announcements go off, and the crowd starts cheering ferociously as their favorite team takes the field to oppose the New Hampshire Fishercats, their closest rivals, and the farm team of the Blue Jays, who coincidentally are as much at the top of the Red Sox division as the Red Sox are at the bottom of it. Jack the consummate baseball fan starts hissing as the first batter finds his way into the batter’s box.

The points of view change here depending on who you are. Jack and John immediately see Jay standing on the mound. Jack comments on how incredibly stone faced he is, and Chris looks at him a little shocked, but then realizes in relief that he is probably not the only one that John saves the important details of things from. He on the other hand can’t take his eyes off of the six foot catcher behind the plate whose long blonde hair is flowing out the back of her helmet. He looks again at John who is motioning toward the digital reader on the scoreboard to point out to Jack that he isn’t going to want to miss what he see’s there throughout the game. Jack of course still can command a good ninety six mile per hour fast ball, but used to hit a hundred in his brighter days. Again, as a huge fan of the game his eyes are opened wide as he spy’s Jay finally step onto the pitching rubber.

This crowd isn’t acclimated yet to what they are about to witness, so the banter is still going rather loudly. The noise factor is not too bad, as the crowd at Hadlock is usually rather leisurely. The giant of a man with the face of a little boy points his face downward so that the brim of his cap is pointing down at his toes, his hand clutched upon the baseball, inside of the glove, that is pressed tight to his chest. Now John, of course, who knows what is to come, next, shushes up his pal sitting next to him and they both stare. In a graceful motion like that of the legendary Achilles as he is about to wield his deadly javelin, the wingspan of the mighty Jay Franklin outstretches to the fullest of it’s almost seven feet of difference. Again the glove hand points down, and again the lightning bolt is perched back in the other hand toward the grandstand. The left leg lifts up to torque the weaponry, and even Jack lets out a gasp as the moment that the most dangerous of predators merges with the greatest of swans combine frozen in time seemingly endless, and he knows it from the moment he first gazed upon it sitting here. The raging force of a battleship swings forward releasing the white sphere with a great explosion, and you would have thought that Jack would have stood up to get a better look at it the way he stared.

As the ball hits the glove it makes the loudest crack that this field has ever heard, like the Hammer of God had struck the Earth, and the crowd that mere seconds ago was going about their chatter in a million directions simply stopped for a moment and then in perfect unison let out a collective “Oooooooooooo” at the very same moment that the Umpire throws his hand up in the air and yells “Steeeeeerrrrriiiiiiiiiiiiiike!” and while the cheering starts the look of sheer terror fills the eyes of the batter as he looks towards the mound. Jack on the other hand smiles at John and gives him a great big hug after seeing the one, the zero, and the seven, in that order; on the scoreboard under the sign that reads ‘MPH” … to be continued
Posted by Jeremy Crow at 12:15 PM