The Slammer – An Ever Growing Web Novel – Chapter 1.2 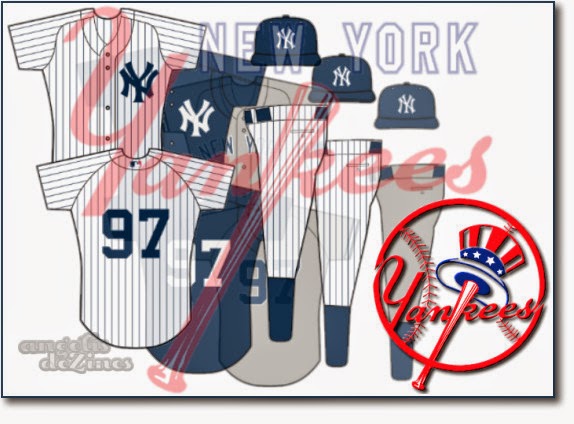 The smell of the locker rooms here at Holman Stadium was every bit as rank, and putrid, as the locker rooms of the Major league clubs were flowery smelling and well taken care of. This isn’t unusual to Chris and John, as they have been Major league scouts for many years amongst themselves. Walking into the locker rooms of nasty old double A teams has actually been a daily thing for John, to be totally honest with you for going on a little over 25 years. His obviously daydreamer attitude has held him back for quite a while now you see, but you can tell by the smile that he always carries, and the wonderfully kind nature that he displays to everyone that he also has never let the business get to him either.

The first marked difference between this locker room and the normal double A locker rooms though came in the form of a rather large journeyman first baseman, that everyone who is a fan of the Minor leagues calls “The Hurt” but in the real world people tend to refer to him as Jake Holcomb.

He probably wouldn’t have stood out at all since these two particular scouts have seen him with 30 different teams like everyone else, but this time he ends up pushing them back and saying, “The showers are off limits Lily’s in there,” which Chris and John immediately understood to mean that the name of the catcher is Lily, and they walked away without any questions. Rounding the corner, they see the person they really came to see, sitting alone on a bench in front of a locker that reads “Jay Franklin” with him simply staring straight ahead at nothing, no matter what crosses his field of vision. Chris immediately walks over to him, with his hand extended, saying “Hello, my name is Chris Thomas, and you must be Jay Franklin,” but the gesture got absolutely no response whatsoever.

Rather taken aback, Chris turned to look at John, for he had never been in the locker room of any baseball team and not been totally fawned over by any athlete he decided to talk to before. John simply shrugged, and walked off, presumably to find the manager, but you never know as John could simply be looking for free coffee. The thought even crossed Chris’s mind that John had finally found the baseball player that he truly related too, since he was never one for paying attention to anything either. With that though Chris did decide to sit down next to Jay and start talking to him anyway to see if Jay listened anyway.

“I have to admit, I haven’t seen anything like you since Nolan Ryan, and that was on tape kid,” he began trying to use the friend angle, which of course elicited no response at all, but he continued, “I would have said Roger Clemens, but to be honest with you I wasn’t as impressed with Roger as I was when I saw that arcing curve ball you did that made the batter duck down all terrified …”

“It’s called ‘The Slammer” by the fans around here … um … Mr.?” said probably the most beautiful voice Chris had ever heard, and the hand extended to it came from a woman that made the voice pale in comparison. The beautiful, blonde woman, with wet hair, wearing a t-shirt, jeans, and an obviously forced smile was standing there and Chris was totally mesmerized. This wasn’t going to be easy, because at best the only women he has ever talked to about baseball things are high school kid’s mothers.

“Hello, my name is Chris Thomas, and I was watching the game today, and I represent the Red Sox. Your brother is the most amazing pitcher I have ever seen …” he started to say, but was cut short by the laughter coming from Lily, and it actually caused him to start a different chain of thought out loud, which starts like this, “I can tell that laugh is from someone who has heard this identical shtick so many times that I am kind of a cartoon to you at the moment?”

“Well yes and no. I mean I have heard it, but this is the first time someone has actually tried to sell it to me. Usually they blow past me to Jay, or Bump. Actually once an agent tried to talk to the equipment guy about it all because the girl wouldn’t understand so although it is familiar; it is in a different tense coming to me.” And it’s too bad that the whole intelligent answer actually fell on deaf ears the moment that Lily licked her lips to start what she was going to say. The only saving grace that Chris really has going for him is as a scout he has to be good at looking at things in a less obvious manner, and it is less than obvious at the moment that all he appears to notice are a beautiful set of lips moving.

He does start to come out of his stunned sense of worship, out of sheer professionalism, after a long pause to say, “Well I think that I am talking to you because my associate over there exchanging baseball cards with the bat boy, talked me into the concept of perhaps trying to finagle our way into getting both of you into the triple A system, and going from there if you are interested, of course,” he looks toward her again, and tries not to look at her eyes, which is almost noticeable now, but she saves him by looking toward her brother.

“Hey Jay Jay, ya wanna go play baseball for the Red Sox?” she said kind of off the cuff, and it brought absolutely no response from him. After she stood there staring at him for a few minutes Chris was about to speak up, but she finally added, “Jay Jay, how about playing for the Red Sox huh?” and with that he looked right at the two of them, the blank stare was completely off his face, and he nodded with a smile on his face that was almost childlike in nature. “Well I guess we’re willing to go and have your boss laugh at you now.” She finished off with a simple giggle.

“Well I hope you are at least going to try to sell yourself?” Chris inquired of her as she started walking away.

She turned and walked back to him, stared him strait in the eyes and said, “I am a woman who plays a little boys game, with a bunch of adult sized little boys. If you look at my stats, you’ll notice that I play it a lot better than ninety five percent of them, and that includes the ones that are already on the Red Sox. I could simply drop my paperwork in front of any general manager and get a contract if I had a penis, and the fact that I don’t have one means that I AM that much better. Do you think that will work?” and poor Chris standing there totally dumbfounded just nodded out of instinct, because the rest of him was desperate to kiss her as she stood nose to nose with him. This thank God is the first time he has had to deal with this type of negotiations as well. “We like Applebee’s by the way, isn’t it customary for you scout types to take your new prospects out to eat?” she threw in to compliment her giggle once more … to be continued
Posted by Jeremy Crow at 5:58 AM