The Slammer – An Ever Growing Web Novel – Chapter 1.5 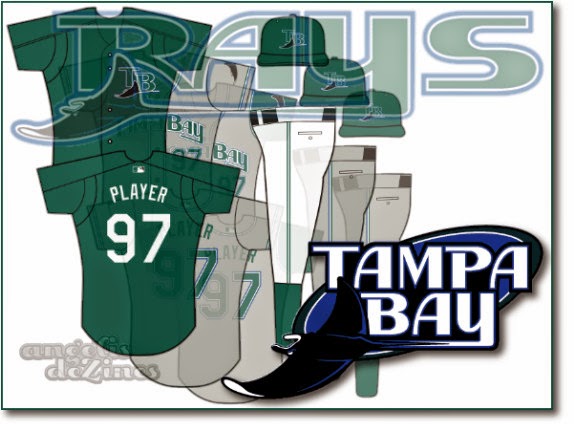 The frustration on the Fishercats faces in the dugout could be a Rockwell painting at this point, because they have been totally powerless to do anything against Jay, who has been totally oblivious to the world around him. It translates just fine in the dugout actually as nobody ever talks to a man pitching a no hitter into the seventh inning. Of course the Sea Dogs haven’t scored yet, but at least they are getting hits here and there, a few walks, and the other things that lead to perhaps winning a baseball game. Jay on the other hand has faced twenty one batters, graciously sat all twenty one down after their feeble attempts to catch up with his fast ball, or worse their inability to detect that deadly splitter that simply darts out of reach at the last second. One batter managed to look at five pitches in one plate appearance, and the two splitters that left the strike zone were just barely. If that wasn’t enough of the three batters that actually touched the ball it led to very unfortunate results as well. One managed to slap a ball to the first baseman that simply picked it up, and trotted over to the bag, while the batter looked like he had broken his hands. The other two simply popped very high foul balls chasing the slower high fast balls that they at least thought they had a chance of catching.

The third pitcher for the visiting team comes to the plate, to face the beautiful Lily who walks to the plate holding her rather heavy number sixteen bat that she wields like a gladiator anyway. The initial shock of her being a woman wore off quickly as the other team still has yet to get her out. Her two walks and a double has yielded no actual results on the scoreboard, but has immediately made her an honorary man to the opposing pitchers. Jack takes the moment to very loudly say “Screw his pitching, even if it does make me horny, get her up to the club, and thank you God I don’t have to pitch against her!” and just that simple loud comment started the crowd clamoring around them and you could hear it start spreading along the seats, as everyone either agreed with Jack because he is Jack, or simply because they are not blind, and can see a damn good hitter. He still looked at John and winked though, because Jack happens to come from that winking crowd that Chris still has yet to understand.

Lily looks at the other team’s catcher as she heads toward the plate and like she usually does, give him a smile, it’s in her nature to be polite after all, even if he is the enemy at the moment. Fed up with the state of the game, I imagine, he decides that it is time to start jawing at her, so he comes up with something original to bark at her, “Aren’t you afraid, you’ll break a nail, honey,” and the umpire looks down at first and then towards Lily almost confused as to how to deal with this. The quick wink that Lily gives the umpire, told him that she has it all handled, and fortunately for Lily and the other team’s catcher, HE understands the winking system too.

Lily lines herself up in the batter’s box with her usual inside stance that crowds the plate beautifully. To people like Chris in the audience, perhaps a little too beautifully, but to a pitcher, it is total madness to have a batter steal the inside of the plate like that. This pitcher immediately holds his ground as his first pitch, barely off the plate misses her by mere inches, which makes the crowd start to boo a bit. Lily immediately stops that by cocking her hand like a gun and pointing back at the pitcher as if firing a pistol, which sets the crowd into laughter, and the pitcher, tries not to smile. Jacks words ring out again in the crowd, “This girl is a natural! She knows how to control the crowd; she’ll be selling beer and subscriptions to SI quicker than I ever could!” so instantaneously the crowd around Jack starts laughing.
The next pitch was a gorgeous slow curve, or slurve as Lily herself called it as she taught it to her brother, and she was totally fooled by it. It took everything in her not to put her hand over her eyes, and make like she was watching it sail away, despite the fact that it was sitting in the catcher’s glove, and she wasn’t even close with her swing. It was Johns turn to start commentating as he says in a much quieter voice than what Jack uses “Oh, she just loves it, I bet she wants to do that golf thing where you shade your eyes, and pretend you whacked it into Canada,” and then trails off into laughter that Jack joins in. He stops laughing long enough to say, “Remember when Bob Carter did that to you?”

“Oh yeah, I wanted to laugh so hard, but you can’t let him upstage you like that, so I whacked him pretty good in the wallet, if you forgot. Damn it was harder not to start cracking up about the way he danced around with his fat ass on fire from that heater,” and the two of them start laughing up a storm, making snorts and everything, while Chris looked on, with the makings of a little smile forming on his own lips, before he focuses his eyes back on the field toward the woman in the batter’s box.

The next pitch was pure heat screaming strait toward the meat of the plate, and Lily was a little late on the swing, but grazed the ball sending it straight back, knocking the catcher’s mask clean off. Lily’s reaction is to turn around and say somewhat under her breath, “Aren’t you afraid you’ll break your face back there honey,” and starts to giggle like she usually does, when she turns to face the pitcher again. The first thing she ends up looking at when she faces the pitcher is him shaking off the sign. Then he does it again, and again, with a look of anger in his eyes. Lily knows this routine as she turns her head and looks strait at the other catcher and says dead serious, “Listen crybaby; don’t fuck with me, because I fuck back!”

The umpire very intelligently calls time, and starts jacking at both of them. Chris is stunned by what he is seeing, and the only thing that breaks his ice cold stare is Jack patting him on the shoulder, and saying “Damn kid, I want to play with both of them badly. I don’t know what type of skills you used to get them out here, but I guarantee you, they’re both going to be on the big club within weeks. I needed this, and I thank you,” while Chris nodded at him, and grabbed his hand shaking it, while nodding with a smile on his face.

“Look, let’s not act like we actually know what is going to happen here, but I have been in this game long enough to know that their pitcher can tear your head clean off, so let’s just make with the niceties and get through this at bat, or I’ll let him!” was what the umpire screamed in the other team’s catchers face. Lily stood there smiling, because she has been a fan of baseball ever since she figured out it was the only thing her brother cared about. She’s studied more baseball than either of these two ever will, and she knows that the catcher just cost his team the game, that they weren’t playing to badly up until this point. Actually for seven and a half innings, they had been giving her brother the best challenge he had ever faced, but that is about to end.

As she faces the pitcher, a smile gleans across her face, and she mutters under her breath, “Fastball, just under the knees, and in,” and as her mind traces out the best route to get the bat from her shoulder to that point, the opposing pitcher goes into his wind up. It is a mere few seconds before the ball meets the bat exactly where she planned it too, and the look on the pitchers face said it all, right before he craned his neck upwards to watch the ball fly so high and far over his head that he was probably going to need a doctor from the whiplash … to be continued
Posted by Jeremy Crow at 4:41 PM