The Slammer – An Ever Growing Web Novel – Chapter 1.8 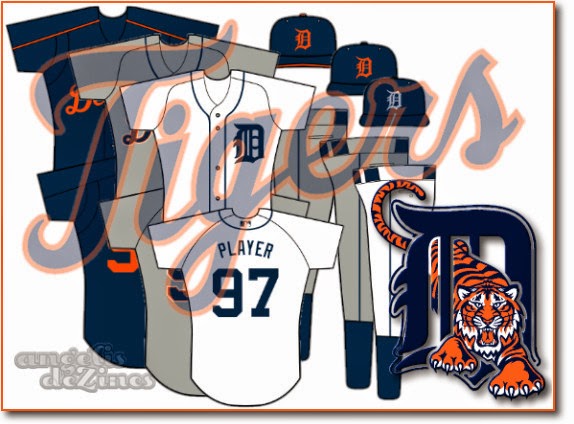 Lily walks away from the plate with her bat on her shoulder for the second time today, as she is now the opposite of what she was in double A. That pitcher on the mound, had found the hole in her swing and is exploiting it to the fullest extent, and she just can’t hit that outside splitter to save her soul. “I just wish I could lay off of those Skip, sorry about that,” she says to Bill on her way by him in the dugout to which he instinctively gives her a pat on the behind and then looks at her in shock. Lily being who she is, takes a step back and looks at him saying, “Come on now Skip, you hit like a girl,” and then one of the usual winks that she simply does.

Grabbing her gear, she walks down to the end of the bench where her brother is sitting staring into the field, but not at anything in particular, and she states to him, “There catching up to you Jay, I hope you can get that sinker going, because you are going to need some of those painful ground balls that keep them honest,” and then starts putting on her gear. Jay was still pitching a gem, but the two hits he gave up were missiles, that ended up being doubles. With the score still resting at zero to zero, you don’t actually want to be giving up doubles, but even the greatest pitchers did that, because blazing heat meeting good bat speed will usually hit the ball farther. Once Lily has all of her gear into place she stands up to walk up to the steps and look out at the field. The rest of the team still isn’t talking to the two of them, and it is getting rather lonely in the dugout when your own brother won’t either.

“Come on Jay, you’re up again,” yells skip from the end of the dugout, and Lily nudges her brother by handing him the bat. The second it touches his hands he grabs it and walks toward the end of the dugout. Around a baseball field he is all instincts. It was back when his father was trying to reach out to him at the age of four that he realized that baseballs and baseball equipment were the only thing that would animate his son, and like any good father he grabbed onto that, if only to try to be a dad. Many hours were spent in the backyard playing baseball, and when Lily was finally curious enough to swing a bat, she did too, in the attempt that all little girls do to be with her daddy, and now as Jay is walking toward the batters box, with two men on and two outs in the inning the team starts to gather it’s things to go back into the field. After seeing Jay’s first two plate appearances where he was either really late for the last pitch or only kind of early for the next one, the conclusion to this plate appearance was foregone anyway.

You would have thought by now though that Lily would have noticed that when Jay stands at the plate he mimics his sisters batting stance almost identically. His stance is open, he crowds the plate, and the head of the bat points upwards a bit, as does hers. This is not the way that their father taught either of them and at the very least it is a missed opportunity for Lily to see another point that her brother pays attention to her. The pitcher stares in on the plate and smirks, at the opportunity to feast on such an easy out. As he gets into his wind up, you can almost sense that he wants to get a little showy in the way that his delivery gets so profound and dramatic, almost like he is picking on the very man standing in the batter’s box. A rather good pitcher in his own right, he is still staring at a God with a lightning bolt, and he a mere boy with a stone in a sling. As he lets loose the pitch, he immediately realizes his own stupidity as the thing totally sails over the head of the catcher and to the backstop. The two runners on base practically trot to the next bases, in their own attempt to show up the pitcher as he thought he was all that.

After the team’s catcher shoots a dirty look back at his pitcher, he gets the calm down sign back, as the pitcher motions his hands to the ground. Lily sitting in the dugout was just impressed that Jay didn’t swing at that pitch sailing three feet over his head and about four feet wide of him. The pitcher again takes his signal, but has decided to dispense with the showplace wind up and get to the matter at hand, and pitch this guy out before he costs his team a run. The next wild pitch is going to bring Sherman Greely, or as they call him in Pawtucket “Flash” 90 feet in about four seconds. As he brings himself from the stretch, trying to keep Sherman as close to third base as possible, his arm movement struggles a bit on his delivery and the ball sails in a bit on Jay, and grazes his uniform.

“Take your BASE!” the umpire yells while looking at Jay, who is still staring at the pitcher. Lily looks on in terror from the dugout, as she has never seen him have to go to first base before on a miscue like this. He still stands there in his stance waiting for another pitch when the umpire yells out, “Are you deaf kid? Go to first base you were hit!” but again Jay doesn’t move at all. Lily’s horror from the dugout increases as she starts for the steps.

“You can’t go out there Lily,” says an equally confused Skip who looks at her for some sort of instruction, because he has to get out there really quick before Jay gets called out for holding up the game, but Lily has that look of frustration on her face as she is now forced to think up something really quickly, and her mind is full of other things.

“I don’t know Skip, I guess you could try to ask him to go to first?” she says in a confused voice, and the two of them look out to the field to see the catcher for the other team stand up and put his hand on Jay’s back and say something to him, and the second he is done Jay starts trotting off towards first base tossing his bat towards the dugout, as the crowd cheers through what was ever growing laughter. The look of relief on Lily’s face was only momentary as she is now concerned with what he will do now that he is on first base. It’s always an adventure and an ulcer when you are the older sister of Jay Franklin.

The interesting thing that occurs here is that Lily notices immediately that Jay appears to be paying attention. He starts taking a bit of a lead off first and stares at the pitcher while he is doing it. After the pitchers first warning throw over to first Jay did jump back onto the base like he should, and in plenty of time to beat the throw. She starts to look on in a new found curiosity as her brother shows off a new trick, kind of like a proud parent, but still with that concern that a parent would usually have as well of him falling down and scraping his knee. Jay keeps her heart pumping by taking an even bigger lead now, with the same results, a throw over and him barely beating the tag back this time. Lily is looking on with great pride though, despite her anxiety over it. The crowd is kind of enjoying the game of cat and mouse from their new pitcher too, since really all they had been seeing up until this point is a machine that produced strikes with no animation at all.

The pitcher on the mound is starting to get a little anxious himself, as his tension translates into another poorly thrown pitch that hits the ground before it even gets to the plate. He now stabs at the ball out of the air as it gets thrown back to him. Staring over at the man, with the lead that is far too big, over at first base, with a craven form of anger, that is stealing the game out of his hands. Without thinking at all he fires the ball at the first baseman who, had he been able to catch it, would have had Jay out by a mile, but since it went sailing between his legs and into the dugout, has two runs put on the board, and Jay Franklin standing on third base, and the crowd in absolute insanity as they cheer on their new hero … to be continued
Posted by Jeremy Crow at 3:34 PM