The Slammer – An Ever Growing Web Novel – Chapter 1.6 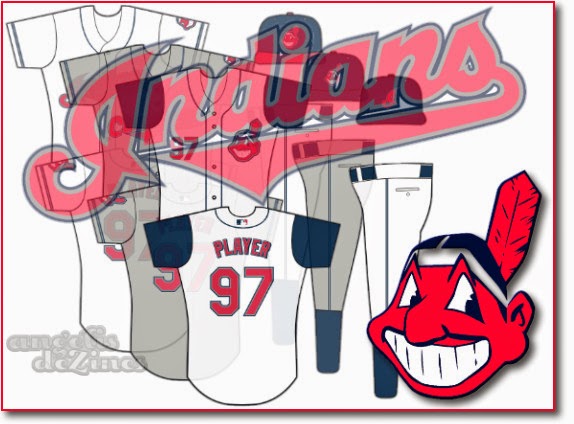 The front page, not the back page where the sports section starts mind you, but the front page of The Portland Press Herald the next morning has a huge photo of the two Franklins that won the game the day before for the Sea Dogs. The face of the man who pitched a no hitter, which would have been a perfect game, had he not accidentally of course nailed the other teams catcher dead in the small of his back, dropping him to his knees crying, and of course sending a message to the entire league, that yes she fucks back. Jay would be the last person on Earth to know or care about such stats, but to a fan of baseball, giving up a perfect game to remind the other team that you protect your players makes you a God, as opposed to just a Demi-God that reaching One Hundred and Nine twice on the radar board does.

The clatter amongst the crowds at all the local coffee shops was fifty, fifty, as a lot of people were still mostly on the face of the woman in that article that hit the home run that was the only score of the game. Even though she finally hit a pop up that was fielded by the second baseman later in the game that cost her perfect 1.000 average that would have been ever so sweet for her first game, the entire country was going to be hearing about her today. The fact that her brother who in his own rights was the most impressive pitcher Hadlock field had ever seen, and keep in mind it has already seen some World Series MVP pitchers come through it, was totally lost in the clamor, as well as the fact that the secret about him is still quite hidden. Most people chalked it up to the quirkiness of some pitchers that he happens to have to have a woman receiving his lightning bolts, and not the fact that only his sister can get him to do it.

Back in Boston Jack had already been called into the team Presidents office to discuss what he had witnessed the night before. It’s part of his charm that you can trust his honesty a little better than a scout who wants to get credit for a good prospect score, and that was after all what John and Chris had been banking on. That and it would be strange for a Saturday morning would pass without someone bringing the cheerful Jack into their office to try to pick his brain on something. Today it was made known, what the topic would be ahead of time even. Jack was excited to get right in there and talk about the two players he saw, and immediately start working on getting them in his dugout.

“Jack, I hear what you are saying and all, but do you really think that the guys are going to accept her?” the team President Frank Boccioni asks quite seriously of his famous breakfast guest.

“Frank, I really don’t give a shit, this girl is probably even a bigger asset than her brother. I watched her fire balls to second base between batters perfectly, one inch off the rubber, and from her knees. That home run she hit wasn’t a cheapie either, but the way she played that other teams catcher, was just masterful. I haven’t got a clue what she said, but it did exactly what she wanted it too because she hit that ball off of a tee after that. Not to mention the look on that guys face, you could see it from the stands he was terrified of her!” and Frank couldn’t help but see that little kid that truly is Jack, as his eyes lit up talking about these players. If for nothing more than to get more out of this pitcher calling those two to triple A Pawtucket was going to be a definite, and probably for next week.

“Are you going to be wanting her as your catcher too Jack, I mean seriously, Cratcher is going to be furious having his job tested all season, and if that is the case I better trade him while he has some value, did you think of that?” he asked with a smile, knowing full well that Jack didn’t like the catcher he was forced to play with anyway, despite the fact that Jack, of COURSE wanted Lily as his catcher. In the twenty some odd years that Frank has had to deal with Jack, he has never once seen half assed, enthusiasm out of him. Even Jack like to use the term “I am whole assed or no assed” on occasions. “I read her stats, just so you know that you don’t have to sell me on that one. She played every game last year behind the plate in Nashua, so I know she can do it, but you’ll have to get your buddies out there to ask her if she was prepared for that. I’m pretty sure that she was expecting to simply catch once every five days. She doesn’t appear to be dumb after all. While they are at it, have them take over the necessary paperwork, it looks like Pawtucket is going to steal Portland’s new King and Queen before their proper inauguration”

“I’ve seen this girl Frank. You mark my words, she never had any intention of catching one out of every five games, and if she did, that would have made her dumb!” Jack replied, just before he tore off a huge chunk of bagel. This to Frank meant that he had made his peace, because Jack never mixes eating with chatting, he loves both too much to take either half assed.

At the home of the Franklins, it was the usual breakfast setting with Lily making the usual bowl of Fruity Pebbles for her brother, as he has eaten nothing other than that for breakfast, for as long as she has been making it for him. The futility of trying to get him to eat anything else drove her crazy long before their parents died. As she had gotten older she actually appreciated the simplicity of it rather than trying to make anything complicated anyway, and as always she perches herself on her own chair with her bowl of Raisin Bran. She does change her cereals up quite often, but has pretty much given in to just eating cereal in the morning. On the rare occasion that she sleeps in she usually comes downstairs to the kitchen where her brother Jay will be sitting at the table staring out the window.

As far as autistic caregivers go, Lily doesn’t have it all that bad, her brother does for the most part take care of himself, he’s just as incredibly structured as most autistic people tend to be. He gets up at the same time every morning, he goes to the same dresser, grabs usually the exact same clothes, dresses himself, after he takes a bath, which it has to be a bath, since showers scare him, and even Lily doesn’t know why to this day. He usually goes through this routine every morning, and then goes down to the kitchen table, where his day completely stops until Lily’s interaction is required, but he is good about simply sitting there until she fulfills her end of the bargain. Lily has been in contact with hundreds of autistic caregivers who often tell her that she has it really well, and aside from the loneliness of not having anyone to chat with; she appreciates how she has it.

The big thing with Jay is that he never makes eye contact with anyone, it’s always been a trait of him, and Lily has noted that with John, as he is the first person she has ever seen him look into the eyes of more than a few times. She went as far as to add it up actually that in the month that John has been around them off and on, she has seen her brother look into his eyes a total of five times. That is two more times then Jay has looked into her eyes, in the twenty eight years she has known him. “Being around anally autistic people starts making you anal,” she would quip with people at the office before she had retired to pursue her brother’s gift. To this day the ability to make light of her brother’s disability is a gift that many don’t hold as well as Lily either, and at times has made others uneasy, but you can accredit that to the young age in which she took on the responsibility of taking care of him.

As her cell phone rings, she quickly jumps up, and makes her way over to the counter to answer it, with the usual “Good Morning,” because Lily is one to make sure that she is very “time of day” specific in her greetings. Listening for a moment she says into the phone, “Well It’s nice to hear from you John,” and immediately notes that her brother has now made eye contact with her for the fourth time in his life, and mentally thinks to herself, “That little bastard CAN hear me,” and continues on with her conversation … to be continued
Posted by Jeremy Crow at 12:22 PM