The Slammer – An Ever Growing Web Novel – Chapter 1.7 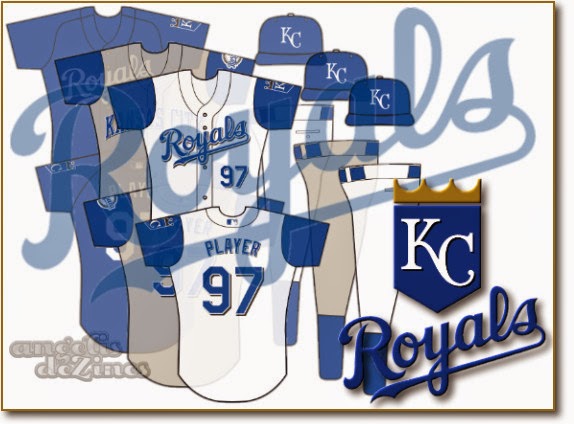 The players in the clubhouse of McCoy stadium are looking at Lily and Jay a lot more leery then they had been used to in their other venues as they walk in the door. The air is almost icy cold, and Lily does make a mental note that her brother’s vacant stare might appear to be more put-offish than normal. The average hello’s and “how are you” niceties that they had gotten back in Portland are not there this time, but who can blame them as most of these players are journeymen who will never see the major leagues, and the rest are kids who have been trapped here for several years waiting for their break. It didn’t take a genius to realize that these two are climbing the ranks way too fast to be sitting here in Pawtucket Rhode Island for too long.

The manager of the team is the first to greet them and he simply goes straight to Lily as he looks a little uneasily at Jay, which alerts her right off that he has been alerted to the situation. He takes a long look at Jay and then asks Lily, “Does he know how to hit the baseball?” which sets Lily aback a bit. As she gives him a curious nod with a raised eyebrow, before he adds, “I’m sorry, we are playing a rare game against a western club, so the pitchers have to bat tonight, I didn’t mean anything by it, if he … err …”

“I understand, if he doesn’t comprehend batting, and yes it is a perfectly acceptable question sir …” the look of absolute pain that crossed Bill Locklier’s face as she called him sir, made her stop dead in her tracks, and smile before she asks him, “Do you prefer Bill, or coach to sir?”

“I prefer Skip, but that comes from watching to much Gilligan’s Island,” and he clears his throat before continuing, “I just wanted to know because I would have held him back a night if it was too much trouble. I’ve heard about his pitching and you’re hitting, is his hitting anything worth talking about?”

“Well he has done it, and he doesn’t make a stink about it, but he hasn’t got a clue of how to get the bat on the ball. He’s never actually had a hit, so I don’t even know if he’d know to run to first if he did, but just getting him up there to strike out is easy enough, and he will walk back to the dugout after he does. Actually come to remember it, he walked once when the other pitcher was too bad to get anyone out, and he did go to first,” she looked collected in thought for a moment before she added, “The next batter popped out, so nothing happened from there.”

“Well by the sounds of things his pitching eliminates the need for him to be on base anyway. Well let me get you kids to your lockers, which are in the corner over here, so that you can have a little more privacy then what is normal anyway,” and with that he starts walking toward the corner where Lily starts to follow. Jay on the other hand doesn’t follow as he is staring at the wall. Lily is forced to grab him and start dragging him with her.

“The crowd tonight is all a stir as the first woman to ever play in the triple A level baseball is here tonight with your PawSox ladies and gentleman. Coming fresh off of her last game, where coincidentally she hit the game winning home run off of one of the hottest prospects in the Blue Jays organization …” the announcer at this point was drowned out by the boo birds before you finally could hear, “… brother who pitched a no hitter and would have actually had a perfect game had he not retaliated against the other teams catcher for calling the hit sign against his sister.”

Down along the dugout the players watched out towards the bullpen for their pitcher to come out with his sister the catcher. These guys over the last several hours started figuring out rather quickly that something was very different about that pitcher of theirs, but they all were quite curious to hear if the rumors about his arm were true. The papers in Portland had already dubbed him “The Weapon” after just one game, and that is pretty high praise considering that everyone here three states away were already chanting it as the bullpen door opens, and out walks Jay. Walking beside him is Lily, without her mask on, and you could hear some of the sniggers from the crowd, because it’s hard enough to accept a woman into what some people consider male positions, but the first actual hint to the crowd that this was a beautiful woman, made people gawk a bit.

Past the outfielders they walk with no good luck, no anything, through the infield without so much as a glance Lily finally slides her helmet and her mask over her face. The look of disgust on her face as she had been jawing at him the whole way in from the bullpen was interesting to say the least. She squats down behind the plate to get the first of his warm up throws and stares at Jay before she places her hand between her leg guards and holds one finger strait down. Jay simply looks at her with no change in his expression and no gesture to move at all. Again she holds one finger down, and Jay doesn’t respond, as he just stands there.

The rest of the team starts making noises from the dugout as they are trying to figure out what the holdup is, and Lily’s aggravation from behind the plate is mounting. She finally holds up her middle finger at him and yells out, “Do you see it now? Throw the damn ball Jay!” and the crowd starts gesturing and sniggering even louder, but what they hadn’t seen was Jay refuse to throw the ball for the last half hour he was supposed to be warming up as well, and now it has become a lot worse of a situation because the batter is walking towards the plate and Jay is stone cold, in more ways than one.

The first batter for the Salt Lake franchise looked down at Lily and smiled as he said, “That homer you hit was gorgeous, our manager showed it to us a dozen times this week, good luck in the big leagues,” which was a very sweet gesture all things considered and Lily who was starting to get rather frazzled by her whole triple A experience called time out, and headed out to the mound.

As she approached the mound her brother stood there not noticing her coming at all, and she walked right up to him and smacked him hard on the ass, which again drew attention from the whole crowd that was right on the verge of turning on the two of them as fast as they had run out to get their tickets to watch them, but Lily’s voice with a little disdain said to her brother, “That guy just told me that the Applebee’s here has more baseballs in the ceiling, and a jersey of Ted Williams,” and with that she walked away toward the plate, not knowing if what she said had done anything, for Jay as always made no gesture whatsoever. When she got back to the plate she looked at the batter and said, “Thanks, I watched you last year when you played for the Rangers, I hope that the Rockies are smart enough to call you up,” and she squatted down behind the plate again.

She carefully placed her hand down between her pads once more. The hand trembling she manages to get her index finger pointed strait down, and set her glove to the dead center of the strike zone. The crowd grows silent in anticipation of what might happen. Jay’s body still, with his hands to the sides staring back at Lily, until he brings his glove up to the location pressed to his chest, right hand gripped firmly on the ball, brim of his cap pointed down. Again as his arm cocks back to show the grace of a Greek statue at the Pantheon, the arms extend out as far as they could muster. Glove pointing down in front of him and the fans all cue their eyes in as the ball in his right hand for a second is haloed in the sun outstretched far behind him. The left leg rises to form the fulcrum of the devastating catapult that is about to bring down the walls of Athens before the violent recoiling that the crowd had anticipated while the ball made that hissing sound that only Jay Franklin could make them do. In the instant that the explosion of leather baseball hitting well oiled leather glove erupts, the crowd goes mental, when the umpire throws up his hand and yells “Steeeeeeriiiiiiike!”

The batter who stand there looking back in bewilderment as he couldn’t believe that the ball had even been legitimately thrown, is probably the first to look up at the scoreboard that reads one, one, zero, in that order right under the sign that says “MPH”, and the only reaction that he has is to turn around and say “Whoa!” at Lily who winks back at him as he shakes his head realizing that this is the start of a very long day for him and his teammates … to be continued
Posted by Jeremy Crow at 3:58 PM