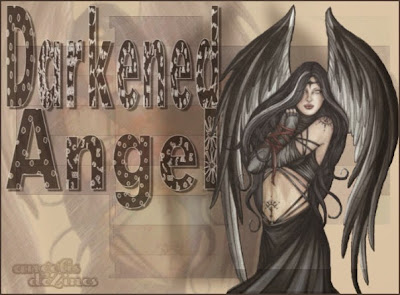 After explaining the events that had gone on at the hospital to the Reverend, Timmy already had God’s journal opened on the desk, and was contemplating whether or not to continue with it again. The Reverend had assured Timmy that he had no problem getting the day’s tasks in order for just the opportunity. That dreaded book was looming hideous on the desk and practically speaking to Timmy, and for some ungodly reason he was trying to ignore it. His fascination with the creature known as God and his actually affection for the entity he knew as God was perhaps becoming a bit too close to his heart. Timmy was a failed Catholic at best, and perhaps it was the vindictive and borderline intolerant God that he had been encompassed by in the Catechism classes growing up that chased him to a separate religion to continue his fascination with God in general. Then there was this almost dirty fascination with another God that disturbed him more than anything.

He decided to just continue where he had left off the day before, “There was none of that magical healing powers that I had seen in the movies. The hole in my body looked like a festering, non-bleeding wound from the moment I looked down at it, and given over to the holy fury of my mind, rage swept through me like the blood that once flowed,” and Timmy stopped short. He threw in his own observations at this point by saying, “You have to admit, he’s a pretty good writer anyway?”

The Reverend nodded to him and then said, “I was thinking the same thing myself. He must have been a reasonably avid reader before his,” the reverend trailed off and then after a moment said, “accident, I suppose would be the easiest way to say it,” and then he grimaced, thinking of the weird semantics involved.

Timmy continued from the tome, “My mind obviously didn’t work any faster than that of a normal mortal, or else my confusion wouldn’t have been so pronounced. I was linked in many facets of confusion. The lack of blood, the lack of death, the crazy little creature I had created, and of course the fact that every account I had personally ever read about vampires was null and void,” and at that Timmy had looked up to see the reverend nodding along with him. “The lack of blood actually made sense, since I had created my spawn or whatever I should call it by drinking his veins dry. This was a given. My thoughts were almost sane compared to that of the vermin running away from what he thought would be my destruction. On that note, what would be my destruction, or worse yet as things were going, his destruction, and laying here by my knees is yet another one of us that I don’t know how to deal with.”

The reverend spoke up at this point, “I had figured out the ‘shredding’ mystery a while ago. I peeked into ‘The Vampire Lestat’ from your shelf there, one night when I couldn’t sleep. Of course reading that didn’t make it any easier to sleep, but there was a theory on ‘utter destruction’ of the body that made sense,” and then he looked thoughtfully at the bookshelf. “I wonder if Craven had read any of the vampire books out there to get ideas?”

“He seems rather well read, and from what I am gathering he had happened along a few of the gothic thrillers along the way before he had changed. Whether or not he researched afterwards, I’m assuming we will find out as we go?” Timmy added before going back to the journal. “I got the cure to my malady correct from the beginning when I separated the head from the dead woman, and heaved it. I had read many times that separating the head of the vampire from their body would end their existence. In fact the next day when the body was found, and later the head was found, there was quite an uproar in the news, but no vampire to deal with. Later my own personal fear of bodies and heads being brought too close together on an autopsy table, had led me to destroy the bodies beyond recognition,” Timmy gave a nod towards the reverend. “I have never created another vampire, or taken the life of any human that didn’t deserve to die. My fear of become so craven that I would take the life of an innocent again has led me to the path of preternatural vigilante, and in time self righteousness justifies it.”

The reverend smiled as he stated, “Chalk another one up to self righteousness.”

Timmy continued, “Of course I am getting off the point of where I was leading, and that would be strait to the demise of that freak walking around, and treating everyone he comes across as food, and he treated quite a few of them to the death kiss. At that time, I wasn’t too excited about broadcasting our presence. He on the other hand was callous to everything and everyone. That next day when the news hit about the woman separated from her head by three city blocks, I was scared. He was indifferent, and for all I know unaware of anything,” and that was when Timmy added his own words in warning to the reverend, “This is about to get gross.”

“Passion of Christ gross, or Halloween 3 gross?” the reverend asked with a bit of a snigger. “I’ll throw up on something when it gets to objectionable for me, and that will be your que to take a break,” he laughed a bit more heartily, “because I’m not missing any of this,” which he ended with a wink.

“Definitely Passion of Christ gross,” Timmy said thoughtfully, “those Halloween movies kinda make me laugh, the violence just gets silly about fifteen minutes into the movie.”

“Good, you got my point anyway. Continue, please?” the reverend finished with a wave of his hand. Probably more humorous than that was the fact that he started pulling out the lunch that his wife had packed for him and was starting to casually eat it. Timmy didn’t even bother to comment.

“My confusion was put at a standstill by what was now inert instinct inside of me. At the core of who I had become or was at the very least becoming, was the heart and mind of a killer. I could feel that. I didn’t have a clue, how to kill myself or the little beast that I had created, but I could kill anything that was human, or still in the shell of a human form, as I had demonstrated on his first victim,” Timmy licked his lips as he continued on, “then came the fears. It took me time and concentration to realize what I was actually afraid of, and it wasn’t the normal things that transpired in vampire lore. The cross that hung around my neck, and the sunlight I had woken into were good examples of the mistaken assumptions of vampire lore. The gaping hole going through my torso was another one. At the same time, I realized as I stared down the road that I had not been afraid of these things either. Instincts are things that all creatures are born with and even us beings that have the opportunity of being born twice must have them.”

Timmy stopped for a moment, and the reverend piped up, “He’s a good thinker anyway. I would think that it becomes an advantage over the far more carnal creature he had created.”

“Funny that you bring that up,” Timmy said from his own brain before he went onto the next line from Craven’s brain. He inhaled and then started, “I knew almost within that instant, that my conscience and intellect were an advantage, as I took the time to think things through. I wasn’t given the superhuman ability to think, like one would have been taught through the books on vampires. There was no ageless knowledge that had simply come to me, but I for the most part had exactly what mental faculties that I had brought into the afterlife, in the afterlife. That also scared me to be honest with myself, because that could be a double edged sword,” Timmy already started comprehending the point that was being rationalized as he pressed onward. “As a college educated theologian, in his mid twenties, I had the capacity to intellectualize, and perhaps carry a bit more morality into what I did from this point on, and a twelve year old, at best, boy probably only had the ability to be carnal and selfish. This made him far more dangerous. It also made those that he turned far more dangerous, as I wouldn’t have a clue as to what sort of personality they brought into the afterlife with them, and so on and so forth. It could turn into armies of vampires fighting throughout the streets with humans caught in the crossfire. My next concern was how many of us were already in Manhattan, and how we would all react to each other,” and Timmy gave a pause before he finished the thought, “well aside from the instinctive fear that I had pulled out of the back of my mind, as all of these thoughts came to me. My body trembled the moment I thought of the running water.”  … To Be Continued
Posted by Jeremy Crow at 5:50 PM