The Slammer – An Ever Growing Web Novel – Chapter 2.1 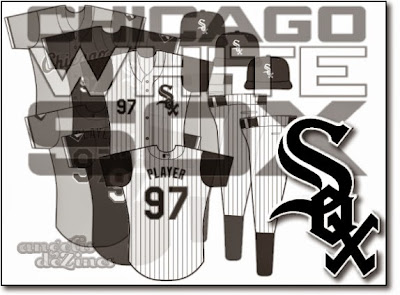 Jay walks down the trail from the dugout beside his sister pretty much the way he always does, with no emotion, no look on his face other than blank, and Lily does find it a little frustrating. The revelations of him actually somewhat coming to life during the game are fresh in her mind and she was hoping that it might carry over a bit. This is probably the first time in over 3 years she had carried any hope other than the usual that her brother was going to animate at all, but it was after all fleeting as her mind starts to remember that this happens once in a while and any attempt to stimulate it just brings forth futility and frustration.

Back inside of the cozy confines of the clubhouse, they see John and Chris standing over by their lockers, well Lily does anyway. John is holding a new bat which he holds out for Jay, who walks past it, leaving John to chuckle and quip, “See he knows he won’t need this for a while already,” and then walks over to the other side of the locker room to talk to someone else that he recognized. Jay is visiting the home planet again in front of his locker, and Lily and Chris are left to perhaps talk amongst themselves.

“You called that brilliantly Lily, the brass saw that last pitch, that slammer thing you two do, and the drama of it all made my cell phone ring instantly,” he looks over at Jay for a moment who is sitting with his hands on his knees staring into his locker. “Do you think the two of you are ok to meet with the team General Manager, sometime in the next few days? Jack has already talked his ear off about you two, and I think he wants you to be his catcher also …”

“Smokin Jack, wants me to be his catcher? Are you kidding me? When did he see me catch, does he even know if I am any good or is this just a publicity stunt?” Lily throws back at him rather quickly and pointedly.

“He watched you over in Portland, and he actually was a very big fan, but it has a lot less to do with that then the fact that I think he hates the catcher that he has now,” he then looks around as if he is scanning his brain for what to say, and at the same time trying to avoid the most beautiful eyes on earth to him, but then adds, “Take it from me when I say that I have known Jack for years, not as well as John does, but I know him well enough to know that he isn’t going to play a stunt. Baseball is the very bible to that man, and he wants you to be his catcher, and I bet he wants to have your brother back him up on the mound. Right now the Sox are five and twenty one and Jack has had to win those games all by himself. He is making his last year his best, which he is doing, trust me, but he likes to be out of last place too. Your brothers arm is only half of that equation to him, because your bat might make it so he doesn’t have to pitch shut outs too.”

Lily gives him a contemplative glare, and says, “I don’t have any problem talking to him, and you know at the very least Captain Charisma there isn’t going to say anything stupid, but as far as my creating the drama at the end of that game, you can thank him. He shook off my pitches and chose his own.”

“Does he do that a lot?” asked a very confused Chris who again looked at Jay who was now changing his clothes. Every movement that Jay makes, is becoming more fascinating to Chris, because he simply wonders, what makes him decide what he wants to do and when. A few minutes ago it looked like he was just going to stare at the wall for the rest of the day, but somewhere along the lines he decided to get changed.

“He’s never done that before, and he’s never been on base before, so I don’t know where his ‘Dance Fever’ routine came from either, but the last few days he has started to execute some free will. I’ll be honest though and say he has had days like that before and they always go away,” and she then looks at Chris rather awkwardly, while he tries to figure out what she is trying to tell him.
“Oh you want to change and it is hard to do with me here isn’t it? I’m sorry,” he stutters a bit as a blush comes across his face before he asks, “How’s about I take the four of us out to Applebee’s tonight? Does that sound good?”

Lily places herself in the corner with the doors to the large lockers in the corners together creating a form of private dressing room for herself. Looking down Chris notices her bare calves underneath the doors and can’t help but stare, when her voice startles him a bit, practically making him jump out of his shoes, “We’re going to Chili’s tonight and you two are perfectly welcome to come along.”
As Chris’s confused look forces him to say “Chili’s?” the young Jay Franklin sitting on the bench next to him fully dressed starts singing the Chili’s theme song, which makes Lily open her little makeshift dressing room, fully clothed in a sundress mind you, and they both gawk at him staring into his locker rocking back and forth singing. “He’s actually got a very good voice; perhaps you two should try Broadway next?” Chris pipes up immediately, prompting Lily to smack his arm. His head turning to give her a funny glance finally created the eye contact, between the two of them that I think we all have been waiting for, if only for a fleeting moment.

With absolute amusement in his eyes now, Chris sits across from John and Jay as the two of them wander their eyes about the ceiling, “If you look at those two long enough, you actually think they share a brain,” Lily states out of nowhere, and starts to giggle as she accepts the wink from John, who gets right back to looking at the ceiling and all of the baseball memorabilia. Lily is still amazed that she is sitting in a different restaurant with her brother and he shares the same enthusiasm that he always had for the restaurant she has gone to every even for so long now that she lost track of the amount of days.

“It’s funny actually, but as I look at John kinda like the slightly underachieving father I actually do have, but never got along with, I kind of like how happy being around Jay makes him,” Chris said under his breath trying to keep it out of earshot, but to no avail, as John raises the Massachusetts state bird toward Chris, but he continues all the same, “I bet if John tried to get Jay to go off with him somewhere he might and then you could get a night off,” he then says while giving Lily his famous smile that usually makes the ladies melt.

In this case, he had forgotten for a moment who actually controls this little professional relationship, but Lily reminded him rather quickly when she said back to him, “I actually like having him to keep me from making excuses when guys hit on me,” but it was obvious that it wasn’t said to strike Chris down or anything as she didn’t even bother to take her nose out of the menu.
The waitress appears and makes her intentions to take their order known, and Jay, who incidentally hadn’t even looked at the menu pipes right up by saying, “Thank you Rhonda, I would like to have the fajita platter and a Michelob light please,” and then gets right back to looking at the various things that John points out to him in the ceiling he might have missed. A quick look at the waitress’s name tag tells Chris that indeed her name is Rhonda, and he then looks back at Jay, and then towards Lily confused.

Un-phased by anything that just happened, Lily orders a chicken dish and then looks towards Chris, who’s look of confusion speaks volumes as she says to him, “He orders beer sometimes, but he never finishes them, I never know why he does it,” the puzzled look on his face continues prompting her to say, “What?”

“Well, I just, um , noticed that he knew the waitresses name, and ordered out of a menu that he never looked in, isn’t that weird?” he rather coyly asked, never quite knowing when he is overstepping his boundaries.

“He can read, and I never know when he is going to acknowledge someone by their real name either, so I guess I just don’t notice it anymore. We have a collection of menu’s at home that he reads in his spare time, and he obviously memorizes them, and no I don’t know why he reads menu’s but it is what the family gets him for birthdays and Christmas and stuff like that because he just likes them,” and now Lily has the faintest look of embarrassment on her face, even though the look of shock has left Chris’s. A few seconds later she pipes up, “The best thing I have found to do is try not to understand him unless something becomes very obvious, he is more random than Steven Wright, and at times even funnier.”

John finally decides to speak up and say, “Jay my friend, you, me and my buddy Jack, who you are going to just love by the way, are going to the Baseball hall of fame this winter, it’s about time I finally met someone who appreciates the game like me and Jack,” after a quick pat on the shoulder he goes about talking a little more by adding, “You and him are the only two people I ever met that could walk off the diamond being the show, and wanting to get right back into appreciating the game kid,” to the amazement of Lily she just saw Jay look at John for the fourth time … to be continued
Posted by Jeremy Crow at 4:34 PM