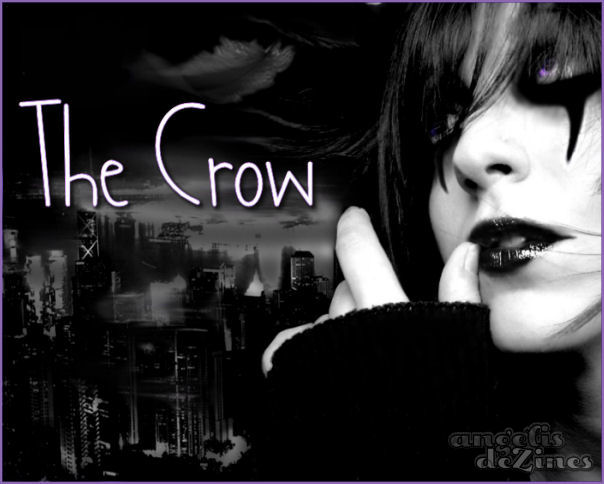 Timmy sat mulling over the first newspaper clipping he had ever saved about “The Shredder” the first week he was in New York City. The headline read “Prostitute Witnesses Bizarre Murder on Riverside” and he was amazed that all these years later he had just read the situation as it had been laid out by the murderer himself. Almost immediately when he had read the clipping, which at the time was a third page clip, he thought that it was odd. Of course what he had really thought when he first read it was that the city of New York was a hopeless crap pile filled with stories like this one, but still he was immediately fascinated with it because of the way it was framed.

“He was a monster,” she had started off her statement to the New York Post, which back then had been known more for it's sensationalistic over drama, but like most curious young men Timmy was taken in by the term “Monster” after all. The article got very strange very quick from there, “He threw me forty feet with one hand, and Rico shot him a lot. Then the monster ripped his throat open with his teeth and drank his blood as fast as it came out,” which again got Timmy's attention. The newspaper had gone on to talk mostly about the mental stability issues that the prostitute must have been overwhelmingly burdened with. If they only knew then what they knew now.

It's more than fascination that grips Timmy as he reminisced about the first few articles that he had saved from “The Shredder” and the chronicles that had led up to “God” as he is portrayed in the newspapers today. The lack of outrage that such a creature roams the streets of Manhattan, that had dwindled away slowly due to the sort of person that “God” seemed to prey upon. The last police officer that had been killed by Craven had unceremoniously been “outted” in the very same article explaining his death. It had started to become a foregone conclusion that if you were found shredded to death and drained of blood in New York City, it was simply an intervention to keep you from doing more harm. It was just a shame that the newspapers didn't wait until there was a murder to do any investigative journalism. Timmy was falling asleep at his desk and started packing up his things to make the trip home.

The darkness around the hospital was creepy even by tragically unlit, New York City standards. Ever since Bloomberg had started his assault on the public utilities, there had been less bright light around most venues, and the back of this upper east side hospital was no different. Nobody likes making that long walk down the street to get to the subway though, especially these days. The average person doesn't fear the dark, but those that wonder about their soul and their mortality do. Inside the hospital were some of the worst examples of what God had let through the evolutionary scale. Violently insane rapists, especially, but you had your generic class psychopaths that woke up one day and decided that some voice in their head explained why their children should be dead. The criminally insane inside of this hospital have one thing in common though, they are all women.

Most of the guards and doctors use the back alley of the last sanitarium in all of Manhattan to hide out, have a cigarette, or in some cases escape the prying eyes of the news media that finds some sort of celebrity and misunderstood values in the insane. Most of the guards, and probably just as many of the doctors have lost their ability to feel human kindness for any of the patients here. Years of being spit on, bitten, screamed at, punched, kicked, urinated on, and in a lot of cases pelted with feces, tend to wear on a person, and the turnover rate is about as high as you would expect it. This happens on both sides of the bars. Patients are just here to be held over until they can find their permanent home elsewhere, and the employees desperately attempt to get transferred within weeks of getting what they call “sentenced” to this hell hole as well. Of course on both sides of the bars you have your oddballs that don't get away or don't want to. The very few that have figured out that the criminally insane is rather easy to exploit do so, with great vigor. The man in the white coat standing along the wall smoking a cigarette and texting away on his blackberry would be one of those.

Doctor Crowley James or as the women less than affectionately call him “The Rapist” instead of “Therapist” which the guards and the brass at the hospital have simply added to their lore, as it has been going on for over a decade. He never entered the establishment a hopeless do-gooder and he had raped his first patient within his first week. Other patients thought the generally docile woman who had indeed murdered her two daughters in the name of “God” might have been finally driven insane by her own guilt, but the reality of being raped in more ways than she had allowed her own husband to enjoy her casually started the process. Weeks of this happening, and the good Doctor reminding her that he could harm her, and will be doing this the next night finally made her violent enough to get transferred to a super-max. Crowley enjoyed the sadism of it all, and over the years found himself becoming more cruel by the month. After he couldn't in all good ease of the cover of insanity get away with the horrible disfigurements that he had grown to enjoy, he finally fomented the sadistic tendencies that haunt the women in the hospital with any sanity left.

Once Doctor James had realized that some women, very rare but it can happen, had come in for self defense reasons and were awaiting the diagnosis that could change their sentences, his innate cruelty and own insanity made it necessary for him to drive these women insane. Nobody gets out of Doctor James's ward sane, and nobody ever will. Heralded as a genius and given greater responsibilities for his own prolonged existence in the hospital he had started resorting to threatening the women who weren't truly insane enough to warrant his company in the first place. He initially started by threatening their families if they didn't accept the medicine he gave out when the lights were down. When that wasn't humiliating, and dehumanizing enough he started carrying out his plots. The very first time he picked up one of the patients fourteen year old daughters and brutally raped her while giving the stigma for silence, “I'll make it so your mother NEVER gets out,” he was in pure psychotic bliss.

The last three years has been one underage girl coming to him for the most sadomasochistic pleasures his completely poisoned mind could come up with. His enjoyment of destroying two lives forever was too much to even comprehend if you are normal. As he was texting one of his victims, he could hear just in the text on his screen the fear, anguish, and lack of control in the sixteen year old daughter of the patient he had just left. He had already raped her four times at this point. Raped her mother twice, but tonight he was going to make her come to this disgusting alley, and dehumanize her on the other side of the wall from her very own mother. The girl pleaded in her texts, “I can't I hurt so bad from yesterday,” and all he could do was smile like a fiend knowing that she doesn't even comprehend the word “hurt” yet. After reminding her in his own text back that he had the video of not only him and her, but him and her mother, and her poor father who works sixty hours a week desperately trying to keep her and her three siblings together would go over the edge himself when he saw them, he could feel her tears through the phone. Today is a great day, and he gave her fifteen minutes to get there or he would cut off one of her mother's fingers and tell the guards that she bit it off.

After putting his Blackberry away the Doctor from Hell simply took another drag of his cigarette and then snuffed it out. He looked down the alley to the one spot that had a street lamp. It's far enough away from the gate that protects the alley from the street that you really couldn't see what was going on, but all that light would humiliate that little tramp even more. Oh how he made her bleed that first time, and his mind was racing as he jubilantly thought of how he could make her bleed this time if he only thought ahead. He's so completely sick and twisted that he starts whistling as he walks towards the light. The foggy darkness made the light coming down a sort of halo in the darkness, that even had a glass like quality to it, so that when he walked into it, he couldn't even see past the barriers of it. Barely he could make out the lights from the street but as it was noted before, he couldn't hardly identify anything out there, as they couldn't identify anything in here. He has already started rubbing himself like an animal waiting in a mating line.

It hadn't even been ten minutes when he saw the object of his nights entertainment standing there with her hands on the gates. She wasn't even moving, she just stared down the alley, but he could faintly see the misery on her face, as he wiggled his finger to her to demonstrate that she should punch in the code he had given her. She didn't move, and Crowley was growing angry, thinking about how she wasn't quite there in the fear and indoctrination department yet. “Heaven help that little bitch,” he muttered before he started moving forward to get at that gate, and her lessons in obeying.

A low evil sounding voice from behind him growled, “Heaven sent help,” and the doctor wheeled around to see nothing past that glass like veil that was cutting the darkness with the fog holding the light in. He couldn't figure out who would be back here as he is the only one on tonight with access to this alley.

He took a step towards the noise he had heard, and started clearing his throat to try and say something intimidating when a huge hand shot out of the darkness, and grabbed him around his face, then ripped him into the darkness. The last noise he ever heard was his victim screaming on the other side of the gate, and she saw nothing through the cutting light at the other end of the darkness, but started running away all the same. That last scream would have been music to his ears had his throat not already been ripped out. His screaming was filling the alley, and the only person left to hear it was causing it … to be continued
Posted by Jeremy Crow at 3:54 PM