The Slammer – An Ever Growing Web Novel – Chapter 2.6 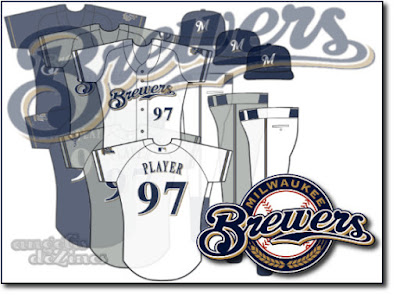 Lily barely had enough time to put her catcher’s equipment on before she had to get back out on to the field. The next batter was sat down on his second pitch with a towering pop fly that almost made it out of the infield. The second baseman caught it with little effort, and the team was to take the field, but not before Jack, who had been talking Jay’s ear off still, grabs Lily by the arm and says to her, “Thanks, for the lead Lily. Lets go humiliate the other eight players some more,” and then he trots out of the dugout ahead of her, perhaps in hopes of seeing the crowds reaction when Lily comes out in her catchers equipment. He was right as they all started screaming louder as she pops out of the dugout.

Her attention is focused on the crowd as she trips over an imaginary curb in the base path and barely recovers herself by stumbling forward into a sort of stumbling half run. “I’ll have to talk to the ground crew about making the chalk lines so high after the game,” she quips at the umpire as she manages to make it to home plate. He gave a bit of a nod laugh at her, and most of the crowd had caught on to what happened, but made no sound about it. There are certain luxuries that a 1.000 hitter with a slugging percentage of 1.000 to boot, gets in this park. One of them happens to be the ability to make as many mistakes as they see fit trotting on and off the field. She has already acquired “Rock Star” status in this town because everyone remembers every player that ever started their career with a home run, from Ted Williams to Cretan Gurbonic, who only a Red Sox fan knows the name of mind you, as he started his very short and “unmentionable otherwise” career with a home run in Fenway Park, and just so happened to be a catcher, like Lily.

Her long trek to the plate this time, where she is once again going to take her place crouched behind it, wasn’t quite as scary as it was the last time she came out. Having hit a home run at this plate usually will change the way it looks, and the umpire’s comment of “See you couldn’t have hit him over the head with your bat and made a better statement,” helped as well, not only with the bats flying around in her stomach, but to place it all in perspective. Jack signals to Lily that he is ready to do his thing, and three good pitches in and the batter starts making his way to the plate in the form of Christian Washington who immediately looks down at Lily, and gives her a pretty big smile.

“If it wasn’t the cardinal sin in baseball you would have won me a lot of money girl, I just walked around that dugout telling everyone OFF,” and he starts his warm up swings, and then points the bat at Jack, signaling he’s ready for a pitch. CRACK! Went the accommodating first strike that barely nipped the outside corner, which had Christian look at the umpire and say, “That’s about as far as the zone goes?” and then starts nodding in unison with the ump and points his bat out at Jack again. CRACK! Comes the first ball way inside, so Christian looks down again, “Tell ya there girl I said you were going to park the third one. I’ve seen some great hitters but, I just knew that you could pop it high and opposite field and that stupid green wall out there is just made for hitters like you,” CRACK! Ball two. “Guys like me, we can dent the crap out of that thing, but I never could master getting under the ball like you do, what’s your golf handicap like?”

Lily actually felt her chest puff out a bit, as one of the best hitters in baseball is talking her up, “Jack’s still going to strike you out. He needs 4 more, and you are as good as any,” Lilly says with a hint of uncertainty in her voice that sounded like a girl and so, of course, it was followed by a blush for having the audacity to sound like a girl in front of the boys. Her hand places two fingers down and points them in. Jack shakes his head. Lily then places four fingers down and wiggles them. Another shake off, comes to her from the man on the mound named Jack. Lily is starting to think and point’s one finger down and holds out her pinky. Jack nods, and goes into his stretch. His arms rise toward the sky and he outstretches to give himself maximum power, as his fire bolt of a fast sizzle down the middle of the plate and Christian didn’t even come close with his swing.

Christians shocked look as he peers off toward the scoreboard and sees the nine and the nine, so he turns to Lily and says quite frankly, “I just thank the great Lord above that I didn’t have to look at that guy twenty years ago, I bet he threw harder than your brother back then easy. I was watching the tape on your brother from that game last week over at Pawtawkawhatsit, and I’m just glad that we miss him on this trip,” and he points the bat out toward Jack, who ends up smiling at him. With a two and two count and only four more strikeouts to go, so Jacks craven look just gets sinister as he stares back at Christian, who just happens to feel it. Jack holds his glove tight to his chest, with his hand clamped on the ball slightly further from the enemy that is about to receive the missile that Jack so wants to launch.

With the most gracefully sweeping motion Jack arches his body around and extends his throwing hand outward as far as it can humanly get, His leg pulls upwards towards his chest and with the force of the very catapult that rocked the walls of Osiris the missile launcher ignites, raging forth in such fluent motion that the very sight of the ball leaving Jacks hand is totally lost by Christian, and when he finally sees it, it’s only because he heard the CRACK of it hitting Lily’s mitt and looked down to see it sitting there while the umpire yells, “Stteeeerrrrrrriiiiiikkkkkkeeee!!!”

All Lily could hear as Christian went walking to the dugout was him muttering to himself, “Damn that guy is good … I never saw that last one coming,” and with that Lily calls a time out so that she can trot out to the mound and ask Jack why he was shaking her, so that she would at least know if it was a limitation or simply him knowing his batter. Jack looks at her at this point with a bit of a grimace as he probably thinks that she’s going to scold him.

“You know Lily, I like that kid. He seems to have a good attitude when it comes to the game. We had this guy here a few years ago that was flirting with .400 and you couldn’t have shoved a toothpick out of his ass, he was so high strung,” he then looks at Lily who is giving him a look that would signify “Maternal Instincts” more than “Concerned Catcher” and Jack simply spilled it, “My arm gets sore if I throw too many three quarter slots Lily, but that’s between you and me ok?” which was followed by the wink … to be continued