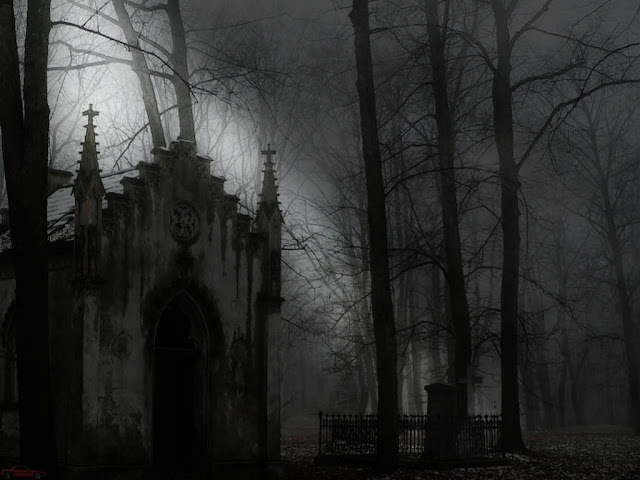 The headline simply read “God's Latest Victim and Witness” on the paper that is sitting on Timmy's desk.  He had read that before his morning duties, and was a bit perplexed as to what appears to be recklessness as of late with Craven, as he calls himself. He definitely wasn’t going to start calling him “Timothy” which is the only other name he had given himself. There also appears to be a greater sense of urgency on his behalf, as his usually staggered executions have become near daily for longer than it had ever been in the last decade. It is far less easy to understand the creature with the clues that have been left behind as well. The book sitting on the other side of the desk for example, the crucifix, and of course the witnesses left behind changed the game quite a bit. Despite his curiosity Timmy decided to lay low on this last witness, since her story in the paper was more attune to seeing most of the shredding and not who was doing it.

Curiosity of course brought Timmy back to that infernal diary. His curiosity was getting to him, but he had promised to read the book with the Reverend, and even in his most curious state he had to admit that it was for the better that way. The Reverend of course was riddled with curiosity as well, so Timmy wasn't forced to be alone with the book too long, “Let me make my coffee first,” declared the Reverend as he scuttled into the room and headed for the coffee maker. Timmy practically sighed with relief as he opened the book to the spot he had left off last.

The anticipation of sitting there as patiently as he could until the Reverend finally sat down and waved Timmy on would have been comical if the subject matter wasn't so dark but Timmy started along in the book. “It's the smell of humans that I to this day have never gotten over. Like my size and the proportionate strength that it had given me, my sense of smell appeared to be equally as intensified. Humans did smell like food to me, and they all had a different scent that I could identify from many blocks away. I can imagine that this is what it is like to be a lion in the jungle with antelope all around. The difference of course was the fact that I was physically repulsed by my own lust for human blood. I could feel the evil that courses through my body at the time, and I would try to do anything I could to just not smell the humans roaming the darkness around me.

“My eyesight appeared to be no stronger in field, accept for the one thing that is hard to explain. The ability to see in light and dark doesn't change. It's like your pupils don't dilate, and I think it has something to do with being technically dead. The advantages to being technically dead are that after executing that detestable piece of garbage, I had come across earlier it had healed me before I was even finished drinking out his life. I had actually thanked God for giving me the strength to carry on after I was finished. To think that I would be giving thanks to God over a murder, would appear strange to you all, but I remember eating steak and doing the same. Why should I not thank God for my sustenance?" at that Timmy just stopped and pondered what he said.

The Reverend of course pondered it too, but was much quicker on the uptake, as he usually was, "It is not for us to say. The lord will either forgive him or not, but he seems to have a moral compass," and Timmy nodded at him. It was typical of the relationship that the two of them have.

Timmy continued along in the book, "Of course my worst fear is still in what I am supposed to do about the creature I had created and worse yet, how many creatures he may have created since he attempted to end my existence. I have no idea how to deal with him. The sun only weakens me; a stake through the heart is just a painful nuisance. Aside from the fear of doing evil, and creating evil, I am not even sure what conjures up my survival instincts," Timmy stopped again as if he was going to ponder and realized that there is nothing to ponder, so he finishes the paragraph, "Then I remembered that water was a scary thing. I have no idea why, but isn't holy water a horrible thing to a vampire?"

The Reverend piped up with his usual dry wit, "I'd be happy to leave him as much as he needs. Is there a phone number for him in that book anywhere?"

Timmy just chuckled and replied, "We've only tapped a small fraction of this book, I can only assume that he has dealt with the problem or at the very least found some holy water. If we are to take this whole tale in order with what I have saved from the newspaper clippings, he is talking about more than a decade ago,"

"You need to lighten up Timothy," the Reverend was shaking his head, "This tale as sensational as it is, is also something we have a pretty good grasp of because it is happening, whether it is how he says it is or not. You and I are both helpless to change anything, so levity is the best solution to what could become insanity," and then the Reverend pursed his lips, as if he should say no more.

“If only I could smell the little demon as I could all of the humans around me. With every passing hour since I was transformed, or had died, or whatever this process actually was, I had become better at perceiving exactly who the scent was. Like chocolate has a distinct scent from strawberry, it goes beyond the simple scent of a man and a woman. Ethnicity has a different scent, nationality seems to have a different scent although at this point hard to detect. Evil does not appear to have a scent,” Timmy couldn’t help himself as he mumbled, “So much for the sulfur rumors,” but then went on to finish the paragraph from the book, “but fear does. That horrible pimp smelled one way, and the second he realized that his life was about to end, the scent smelled like dirt, and I liked it.”

The Reverend had to ask openly at this point, “Do you think he was smelling fear, or was he actually smelling death before it happens?”

Timmy had no idea what to think of it so he shrugged, and then continued in the book, “Of course, the overwhelming need to deal with that little creature appeared to be innate in nature, because little did I know, there would be no finding him, as he hadn’t seemed to go a minute without keeping track of me,” which made Timmy pause a moment before reading the next part, “Instincts from having been impaled once before I imagine were what caused me to spin around and grasp the creature firmly by the throat, mid stride as he was about to attack me, and the water that he had thrown in my face did nothing more than make me furious.” … to be continued
Posted by Jeremy Crow at 3:31 PM