The Slammer – An Ever Growing Web Novel – Chapter 3.1 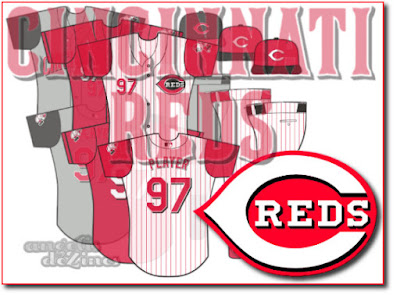 “Look, I just can’t repeat what he said to a lady,” the man we have now learned is named Phillip said rather bluntly to Lily after introducing himself to Barceló and getting the usual tirade that one does when trying to speak to him.

“Tell him that you are MY translator, not his, and you are on my payroll. Then tell him that you don’t have to give him any respect whatsoever. Especially if he is going to be a prick about it,” which seemed to get a smile out of Phillip as he was translating it to Miguel who answered back by throwing his glove into his locker hard. Phillip said something else to Barceló at this point which had him even more enraged, and prompted Lily to say, “What?”

“I simply told him, he threw his glove like a 4 year old girl, and I don’t think he liked that one,” and the laughter from both Lily and Phillip started getting Barceló even more enraged. This of course didn’t stop the two of them from laughing at him, and you could almost see the whole thing burning out his brain.

“I will not be treated like this by you!” Barceló shouted out while pointing at Lily, just to realize that he had made a grave mistake. Phillip looked at Lily and held out his hand to which she placed a few fresh hundred dollar bills in.

“I told you that most Brazilian men speak English, they are all just really lazy,” then he turned to Barceló before saying, “You should listen to this woman, you dimwit, you may become a good pitcher. Like the rest of the fans out there I am sick of seeing a bum,” and then started walking towards the exit. Lily stepped between a just about to charge Barceló, and gave him a very dirty look.

“Personally I am offended that I even have to play baseball on a team with a loser like you, but it’s the issue at hand unfortunately,” Lily looked down at her watch and then back at Barceló, with a grimace stating, “should I assume that you were to lazy to learn to read English?”

“I already told you that I will not be spoken down to like this by anyone!” Barceló shouted out loud enough that the entire locker room perked up with the players that had started appearing for their pre game warm ups. Many of them don’t look very pleased at all by the revelation that Barceló actually knows how to speak English. The rest extremely displeased that he would yell at Lily in an intimidating manner, and almost all of them much larger than Barceló you would stand to notice as they start walking towards him. “I have been working on my English, and Lily was teaching me how to say it with emotion,” very weakly came from the lips of the very scared looking Barceló now, but Lily nodding in agreement with what he just said probably saved his life.

“You owe me one, so sit down, and be quiet while I teach you the simplified pitch process that Jack and Jay use, but let me tell you one thing right now, if you don’t start doing what I say on the mound, I’ll start talking to the news reporters around here, who are dying for an interview,” she looked him in the eyes to make sure that he is listening and then proceeded with her next remark of, “and I’ll tell them why I don’t think you are fit to wear a uniform,” after an audible pause, “because I don’t, so you better show me something.”

There wasn’t an argument as Barceló sat down in a huff and awaited his directions. Lily says next to him and started showing him the fingerings. “This is going to be what you see most often from me, because it is the sinker ball. It isn’t pretty, and it’s not going to make you a strikeout king, but it is going to keep your pitch count down.” With that the new regime of teaching Barceló began, and it’s probably not respect that Barceló is showing Lily as he glares at her, it’s probably fear. “You’re also going to need to start talking to your team mates more often around here because those infielders are going to be your best friends now. If they can’t stand you, then your ERA is going to get even worse, but if you can show them enough respect to talk to them, they can make your ERA one of the lowest in the league. I can guarantee you that.”

After an hour of showing Barceló the signals and what they mean, as well as how they are placed, the two of them finally gave into the barking manager who had been telling them to get out on the field so that Barceló could warm up his arm properly in the bullpen. Lily’s comment about how he hasn’t really used his arm all season so it probably won’t need it anyway made most of the clubhouse laugh, aside from a rather somber Portuguese man walking out behind her, probably sizing up the location to place the dagger. It’s not like Lily didn’t know that he was plotting, but she also knows that it is part of the humbling process that he walk behind her down the runway to the bullpen too. She’s never been one to let a loudmouth, stubborn ape intimidate her anyway. His walk behind her talking to himself under his breath will do him some good as far as she is concerned.

Out in the bullpen Barceló starts doing his usual stretching exercises, and Lily does the same thinking to herself that this should be interesting at the very least. She crouches down for his warm up tosses and lets him throw about a dozen or so of those before she tells him that he is going to work some signals, which elicited a groan out of him. She took no notice of it and simply put her hand between her legs and showed him one finger down with a waggle. This basically meant a fast ball down the middle, and he responded in kind with a fast ball down the middle. Ok, that was an easy one, as she crosses her fingers, and points them towards her right ankle for a splitter in. Barceló throws a three finger fast ball center, and Lily stands up and yells at him, “That was a splitter in!” and throws the ball back at him hard, which he catches just before it hits him in the chest.

Crouching down Lily shows three fingers and then points them upwards which was the signal for a curve ball, or change up whichever he feels he has, middle plate. Barceló’s fast ball dead center this time get’s Lily standing strait up and wailing the ball strait at Barceló’s head, which he barely deflects with the back of his glove before he is looking at tweetie birds for the rest of the evening, She doesn’t bother to say a word to him as she crouches down and the ball girl tosses Barceló another ball with a bit of a chuckle even though the ball he deflected nearly hit her. This signal was again two fingers crossed pointing at the ankle, and again Barceló throws a fast ball, but this time Lily simply gets to her feet and walks out to Barceló and looks him in the eyes, “We’re done for today, maybe you can pitch tomorrow,” and with that she stomped down the runway toward the clubhouse, leaving Barceló to wonder what the hell she meant by that.

He didn’t have to wonder long, as Lily came out of the tunnel again with her brother in tow. Jay simply walked up to the mound where Barceló still stood, and bumped him out of the way, as if he wasn’t even there. Tug walks out to the mound and looks at Barceló with a frown on his face shaking his head, “She’s won a game for us this year, and at the rate you’re going, that’s more than you will the rest of it, and I know you can understand me now, so don’t even think about opening your yap,” with that Barceló throws his glove on the ground and points at Lily about to say something, until she flips him the bird. Tug’s amusement over this actually is quite priceless as Barceló throws his hands up in the air and starts yelling in Portuguese as he stomps towards the tunnel. “Are you sure your kid brother can pitch today Lily, it’s only been 3 days?”

“When he was in high school he pitched every day, and he comes to the ballpark thinking everyday is his turn,” she looks at Jay who is standing on the mound ready to hurl and adds, “He’ll be fine Tug, just get the roster change in before he is disqualified and I have to be embarrassed by that other asshole tonight.” … to be continued
Posted by Jeremy Crow at 4:00 PM