The Slammer – An Ever Growing Web Novel – Chapter 3.2 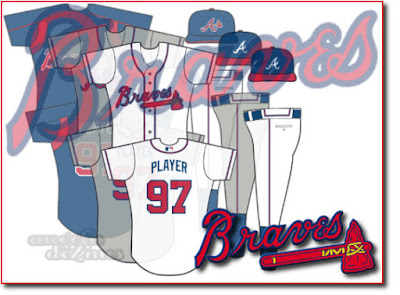 Jay of course is a machine so he effortlessly throws everything exactly the way Lily wants. The scout for the other team was in frantic mode as he was sitting up in the stands with the radar gun on Jay and writing down notes, because this totally took him by surprise. The Blue Jays bullpen all stop what they are doing to stand over at the edge of the fence and watch Jay throw like a surgeon. They might not have the tape on him, but the word had been out for some time on Jay, and the pitchers from the other team were doing everything they could not to make any noises of shock and exasperation. Lily made sure that she placed one finger down and then touched it to the ground for the last pitch that Jay threw, because she wanted the scout to go tell the manager of the other team the one thing that was going to intimidate the other batters. He got what she wanted him to get loud and clear when he looked down at his clock and saw a one a zero and a nine in that order. His cell phone came out of his pocket really fast as Lily gave him the ok sign and started laughing. Jay stood there waiting to get the ball back.

“Thank God, we were still in town Chris, I didn’t want to miss this!” shouted out an excited older man holding a big cane of cotton candy, squeezing his way towards his seats behind home plate. “I’m telling you, that you are going to see the greatest thing ever!”

“Why do you always make us have to sit in the bleachers, John? I mean we have box seats up there with the rest of the team staff, and every time you shell out your own money, usually to a scalper for cheaper seats, when we could have just been sitting up there!” Chris yells back at John as the two of them try to hear each other over the fans going crazy over seeing Lily, who is now officially the ONLY player for the Red Sox, walk out of the bullpen and make her way to the plate, “Why do I also feel like I am sitting here with the biggest Wahoo in the … never mind, don’t answer that!”

“You’ve never witnessed this before, and I have to a certain extent, but not the way it is going to be tonight kid,” John rips a big old chunk of cotton candy off of his cane, and starts explaining with his mouth all sticky, “Remember that feeling you got when you saw Jay pitch in Pawtucket? You saw the birth of a new star, and the fans were going crazy, and the excitement, well now we are here to see the fans cheering for their new star Lily, and the total shock that they are going to get when they see the “two” of the one, two punch will never be seen again,” John then has to stand up and start cheering for Jay “GO KILL EM KID!!” like the Wahoo that Chris had spoke about. “You’ll never hear the reactions of the crowd sitting up there.”

“Oh look, here comes Tweedle Dum now,” Chris throws out there as Jack makes his way over to the screen three rows in front of Chris and John, “I bet you wish you were sitting here with us huh?” Chris yells over the people in front of him.

“You bet your ass! Tug is a real A-Hole about that ‘sitting with the team’ crap or I would be out there with you guys!” Jack instinctively starts signing various things that fans start shoving through the screen in front of them with a Sharpie that he happens to have in his back pocket at all times for things like this. Most of the fans are un-phased by the two men that Jack is talking to behind them because most of these season ticket holders have seen this show at least a hundred times before, “John, you want to go have dinner with us after the game? You can bring Romeo Rock up there with you if you want?” Jack yelled while keeping his eyes on the things that he is signing away at.

“You can drop the whole Flintstones jive, I don’t think you are going to get the Fruity Pebbles endorsement, but I am talking to the Boo Berry people, they want you in there for when your hair is the same color as their cereal in a year or two,” which starts getting Jack going, “You can call him Agent Frankenberry though!”

“Do you two take anything seriously or is life just a game to you two?” Chris pipes up which finally gets Jack to look up at the two of them.

“Listen Kid, I get paid to play a kids game, and the two of you get paid to watch it, I’m sorry that you seem to think that it needs to be treated like work, but I think my way has done me pretty good, and John’s way got me here,” Jack finishes the last autograph, and shoves it through the screen, “I’ll be around after the game guys, I have to go sit in the dugout, because my manager is a big meanie,” then looking at Chris he states very clearly, “I called you Romeo Rock for different reasons, and was trying to get you an excuse to come out to dinner with us, I’m not stupid, just a bit reality disaffiliated by choice,” which as always left Chris speechless.

After everyone rose for the National Anthem, the words rang out over the PA system, “Let’s Play Ball” and Jay trotted up to the mound, as the announcer from the radio station that they pipe into the field starts going, “Well this kid Jay Franklin is a bit of an anomaly, nobody really knows where he came from, but my counterpart over at the Paw Sox told me that he is about 100 miles per hour of ‘shut up’ to the batters” which drifted off into the distance as the radio broadcast starts getting stifled for the actual game. Jay’s third warm up pitch was nothing special, just over so that they can get on with the game. Jay, like Jack has a 3 pitch warm up rule, but it is less “jinx” and more that “Jay Franklin charm” of doing everything exactly the same.

Walking very gingerly to the plate is Christian Washington again. Lily gives him a smile, and he returns the smile before he says, “Just cuz you can hit a game winning home run doesn’t mean you can go changing the pitchers on me girl,” and they both exchanged winks, “I don’t trust any of you white people so I watched film on your brother there for quite a while last night after the game,” he added as he positioned himself in the batter’s box.

“So what did you think while you were watching Jay pitch?” Lily asked in a very friendly sort of way, knowing full well that CW might be the only person she ever meets crouched down behind the plate that might actually tell her “the God’s honest” truth to that question. She places her index finger strait down and then points it over to her left ankle, before he decides to give her his answer.

“Well, I look at it this way, when you point your finger strait down like that, I simply have to start swinging about the time his foot comes down and pray that I don’t lean into the pitch,” with a slight chuckle he continues with, “because if I do lean into that pitch it’s probably going to be the last thing I see on a baseball field, if I’m not simply telling St. Peter about how I could have had it if I turned my wrists faster.”

As always the brim of Jay’s cap tilts towards the ground, as his gloved hand faces the batter. The machine known as Jay Franklin is about to set out on his path to immortality in the city that swears it invented this game. As the “tree trunk” like thigh comes up to meet Jay’s chest his entire body starts to reel backwards, and it all seems to takes hours in the eyes of the batter, as he may actually be the only person on this entire field that knows what is about to come next. The massive right arm of this modern day warrior in the gleaming white armor stretches back like an iron catapult that is ready to break through the very walls of Babylon, as his massive frame leans backwards to ensure that every possible ounce of power available to him can be behind this missile that needs to be launched.  From the long, almost never ending motion of the most frightening wind up CW has ever seen to the fiercest lurching forward of pure symmetry slicing through the night air, and not even the slightest time to double guess his last decision, as that little white orb leaves the hand of Jay searing a hiss almost instantly as it screams past CW with a thunderous CRACK! Chris looks down to see the ball safely in Lily’s mitt and utters one word, “Whoa” before the umpire screams “Steeeeeeeeeeeerrriiiiiiiiike!”


Upon looking up at the scoreboard and seeing the one the zero and the one in that order CW starts shaking his head, and mumbling to himself coherently, “Ain’t no training video gonna teach you how to deal with that,” and he starts taking a few practice swings before placing the bat back on his shoulder and awaiting the next two strikes in what is going to play itself out to be a very long game that takes absolutely no time at all, at this rate. … To be continued
Posted by Jeremy Crow at 12:00 PM