The Slammer – An Ever Growing Web Novel – Chapter 3.3 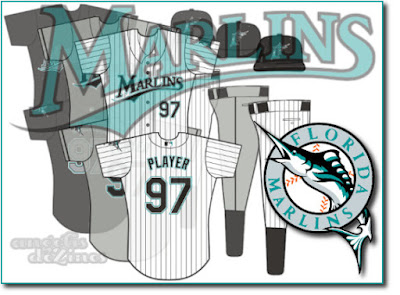 Jay trots out to the mound as he always does for the second inning. It took him 12 pitches to get his three outs in that last inning and considering that not one of the balls was touched by a bat, it doesn’t take a rocket scientist to realize why the next batter walking to the batter’s box doesn’t have a very happy look on his face. Brett Wilder is an excellent second baseman, who went the entire last year with only 6 errors, which is very good for a second baseman with his range. Usually the second baseman that are fast enough to reach the ball get extra errors because they can reach balls that simply go by other second basemen, but he is that good. Of course his glove skills are what keep him in the league since his batting average lifetime is .199 which is bad at any position. Lily cautiously thinks of what Jay should do because despite what the superstars of the game think, when a pitcher like Jay faces a batter like Brett, strange things happen. Things like hits are what we are talking about because their unorthodox way of handling a bat is exactly what is needed for handling an unorthodox pitcher like Jay. It makes sense when you see it happen.

Lily places two fingers down and then swings them upward to which Jay nods, and places the glove to his chest, with the brim of his hat pointing downward. After glancing inward towards Lily’s glove to pinpoint his positioning, and then starts the slow raising of his knee up towards his chest. Lily could almost smell the fear on the batter as Jay starts stretching his body outward so that his throwing arm reaches strait out towards the outfield seemingly for a mile to the onlookers who have gotten completely silent in the awe of the wingspan of their new mighty hero. The front leg starts lunging forward toward the ground as Jay’s entire body starts wielding forward in the most mechanical fluidity that anyone will ever see again in their lifetime, as his arm begins careening strait over the top of his shoulder in such a blur that most in the crowd can’t even comprehend anything more than the blur.

The ball leaves the fingertips of Jay with a last little kiss, as if his own fingernail were to simply change the spin of the ball at the last second, but it’s not like anyone in the crowd would notice, nor has Lily ever known what he does to actually make the ball do what it does, she only know that he does it. The batter doesn’t comprehend anything as he simply swings at the blur screaming at him, as the ball darts strait down towards the actual location of the bat that is swinging around to try and meet it. The ball actually was the perfect cutter, but the lack of comprehension of the batter did indeed allow the head of the bat to hit the ball, which went strait up, and then started drifting back until it ended up on top of the foul screen behind Lily. Brett was more shocked than anyone that he actually touched a 98 mile per hour splitter even if it was a towering foul ball.

With a bit of a different feeling now, Brett starts taking his practice swings with a bit of a grin on his face, as his team mates cheer him on, because they actually think it’s neat to see the ball touched when Jay throws it. Lily simply starts shaking her head because it reminds her of a minor league game from last year, and then she shows Jay the palm of her hand, which makes him nod, and get into his stance with the glove again on his chest and his throwing hand gripping the ball. The wind up that Jay brings himself into looks identical to what he had done in the pitch prior, the arching of the body, the catapult like over arm throw as the ball leaves Jay’s hand, as the ball starts flying toward the plate. The full swing of Brett’s bat almost makes him fall over as he puts everything he has into it, only to hear the smack of the ball in the glove, when the bat has already come full around. He looks up to the scoreboard to see the seven and the six and no other numbers sitting up on the digital radar which actually makes him laugh out loud. “Oh man, did I have that coming,” he mumbled as he placed the bat back on his shoulder for whatever Jay was to be beckoned to throw next.

Lily was also looking up at the digital radar to make sure that her pitcher’s off speed pitch was really dropping, and a twenty two mile per hour drop is the best she had ever seen out of Jay to be honest with herself, but it is also a good sign that your pitcher is on his game. The best pitchers in the league can barely drop fifteen, and that would even include Jack if he wasn’t on his game completely, because the best she saw him do the night before was about eighteen. She holds down one finger and then touches it to the ground, which Jay nods to. Lily is also pretty happy that her brother appears to be more agreeable today then he was in the last outing that she caught for him. This is a big plus because this was not the stage that she wanted him to demonstrate free will.

The brim of Jay’s hat points strait down as the glove comes to his chest. Lily notices the one dead give away for the pitch that Jay is about to throw, that nobody in the big leagues has figured out yet for obvious reasons, but she has known about it from the time he was twelve. He doesn’t look at her glove to set his check point because she has always figured that the amount of attention that he has is all that is required for this pitch. The knee comes up as it always does, looking exactly like it has on every pitch, even Lily can admire how his motion never changes, and that is total hell on an opposing batter as they read “the book” on a pitcher, and other than the one pitch Jay throws that has no “look” there is no “book” on Jay. As his arm outstretches towards center field to attain every ounce of skill and power that mighty Jay Franklin has in him, the leg again starts violently coming down toward the ground to signal the warning that a missile is incoming. The blur of the arm coming over the top, and the hiss as the ball leaves Jay’s fingers is usually the last chance any batter has to steady them enough to even comprehend getting their bat towards the ball. CRACK! “Stteeeeeeeeeeeeriiiiiiiiiike!!!” screams out the umpire, as the ball went strait down the middle of the plate without so much as an offer to swing, and as Brett locks up at the scoreboard on his way to the dugout and spies the one, the zero, and the seven in that order, he realizes why he couldn’t even get the bat off of his shoulder as he watched the pitch end his at bat.

Of course as the career of Brett Wilder goes, another strike out is just a footnote regardless of who threw it. Jay stands emotionless on the mound as he has just thrown fifteen pitches to get the first four strikeouts of his major league career, which happen to coincide with the batters being the first four he has ever faced. The crowd already knows that they are seeing a God like entity on the mound, which will never need another introduction. The fact that they had spent the entire night prior, considering this man’s sister the greatest thing to ever happen to the city of Boston is totally forgotten at this moment, because not only do they have short memories, they get into states of awe really easily as well. Jay doesn’t even acknowledge the next batter coming out to the batters box, which has always made Lily wonder what his mindset is actually like at times like this. Does he know that none of these players walking to the mound really don’t even belong on the same field as him, or does he simply not care that there is even a batter there at all? Lily only thinks of these things for fleeting moments though, as when she is in the park her mind is concentrating on business as well. … to be continued
Posted by Jeremy Crow at 4:00 PM