The Slammer – An Ever Growing Web Novel – Chapter 3.4 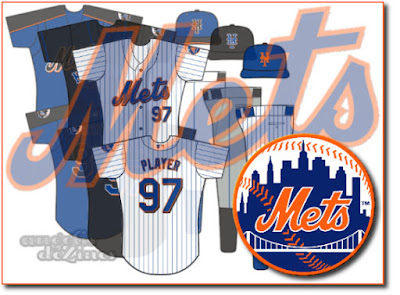 The third inning of this exciting zero – zero tie finds the Blue Jay’s bottom line up coming out to face the missile launcher that made the power bats of the Blue Jay’s core look rather pathetic. Quite frankly the last four batters in this line up are not very good as the real Achilles’ heel of being the team from Toronto comes shining through. Despite their dominance so far of the American League East a lot of it actually could be great defense and a few shining starts coming into their own. At the end of the lineup is where their soft underbelly of being under funded just gleams though. Again like the last batter, people like this can be trouble for Jay at times because he has Major League stuff, and these types of people don’t mind guessing on a non Major League level.

The fact of the matter is that Jay doesn’t know, doesn’t understand and doesn’t care. The only person on the field that knows about his autism is his sister behind the plate, and his total lack of attention to anyone else only adds to how scary he is to batters. On that topic out comes another example of someone who is going nowhere in his career except for that fact that he could easily win a golden glove if it wasn’t fixed at right field. Jose Castilliana also happens to have some serious “temper management” issues that manifest themselves really good when he gets humiliated at the plate. Jay standing 40 feet away from him has humiliated good batters for years, so Lily has a bit of a smirk on her face as she has already figured out what to do with this guy. She holds her pink and her thumb out and shakes her hand.

Without so much as a nod Jay simply pulls the glove up to his chest and holds it there as his fingers play around with the ball inside of it. As his hand grips the ball the proper way for the new bullet in his weapons cache to be used on the enemy, quaking at the plate his shadow looms down towards the batter as the sun is slowly moving out from behind the humongous Coca Cola bottle over the green monster. When the piercing eyes focus towards the point that his attack will be forced inward his knee begins to lift, as the knees of his enemy begin to knock together like something out of an old Bugs Bunny cartoon. As funny as it may appear on the television, in real life it only symbolizes the awe inspiring power of Jay as his arm reaches back to cock the weapon, before the entire body curls over itself for the release that comes hurtling inward towards the plate, as the terrified batter swings purely on a guess at a ball that bounced on the plate about a foot under his bat.

The batter looking up at the scoreboard to see a nine and a nine on the radar gun realized that he just faced the first and most likely last ninety nine mile per hour curve ball of his career. His face curls in on itself as he bites his lip and steadies himself for the next pitch. Lily holds her thumb and her pinky out and shakes her hand again, and after another curve ball that shows a nine and a seven on the radar Castilliana goes mental screaming out at Jay who, of course doesn’t pay attention to him in the least. Lily controls her laughter to the best of her ability and calls another curve ball down but with her fingers in so that Jay knows to take the speed off of it. When Jay’s arm comes over the top it is the exact same motion so the bat of Castilliana lowers with his swing expecting to catch the ball down in the zone only to realize that the ball hadn’t even made it there yet.

In a classic rage that can only remind someone of a 3 year old who didn’t get the type of food he wanted while sitting in his high chair, his bat went flying strait towards the dugout, and almost hit the bat boy, and it was to Lily’s great horror that her oaf of a brother took the time to finally notice something as he started lumbering off of the mound and walking right towards Castilliana who was storming off the field. Castilliana must have noticed this out of the corner of his eye as he turns and starts yelling at Jay menacingly while Jay continues to keep walking towards him, but manages to throw his glove on the ground on the way. The Umpire tells Jay to get back on the mound and his ears are deaf to anything the umpire says so Lily immediately jumps up and gets between the two trying to get her brother back to the mound before he is thrown out of the game. With her hands firmly on his chest Jay stops, as if he realizes that he isn’t going to lumber over his own sister, and then turns around and walks back to the mound picking up his own glove on the way.

Castilliana feeling rather brave now starts yelling things at Jay in Spanish, and finally Jay yells back at him “Vete a la mierda tu gatito,” which Lily had no clue what he said, but Castilliana really hated it and was about ready to charge the mound except he ran right into Lily who practically knocked him over. Yes for those of you who didn’t realize it yet, for some reason Jay knows Spanish and Lily is pretty tough for a broad. The Blue Jays manager practically had Castilliana in a strangle hold by this point when he gets up from Lily’s knock down, but Lily was already walking out to the mound to have a talk with Mr. Personality. She makes it short and sweet, “Shut the fuck up during the game!” and then proceeds to walk back towards home plate, where the next batter is already standing there watching all of this laughing.

“God I don’t think anyone ever said ‘fuck you pussy’ to Castilliana before,” and Lily was at least happy to know what Jay had said and got over the guilt of using the F word on him herself, “Hell the only reason I knew what that meant was because it was his favorite thing to bark out at the rest of us during spring training.” Six strikes later and Jay was looking at 9 strait strike outs to start his Major League career. … to be continued
Posted by Jeremy Crow at 3:35 PM