The Slammer – An Ever Growing Web Novel – Chapter 3.5 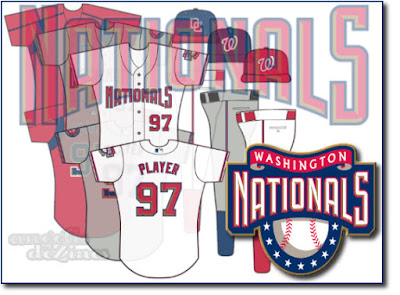 The fourth inning starts with Christian walking out to the plate with a big smile on his face. Lily isn’t used to people smiling when they are facing Jay for the second time, so she was a bit curious as to what was on his mind, but it didn’t take long for him to tell her. “Castilliana was sent to the locker room, and Bud says he is finished with the Jays,” he blurted out before taking a few practice swings at the mound. “Doesn’t matter if we win tonight, there’s going to be champagne in the locker room, let me tell you,” and then he nods out at Jay, in his usual sign of respect to his adversary on the mound. Jay didn’t notice, but Lily sent the signal out to him so that he could start his fingering in the glove pressed to his chest, while Christian added, “I think you and your brother are invited because he’s practically a hero for staring down that fathead. Nobody on the team even got up in his face other than me when he hit that batboy last week with the bat, and the fact that it was on television and all …” which is what made Lily stand up and call time.

“How did he hit the kid with the bat?” she leaned over and asked Christian while Jay stepped off the mound. Haunting visions of a time many years ago flooded Lily’s head as she waited for Christians answer. If we were to go back to 1986 and then look into the days when Lily and Jay were both were little league age, then you would have seen a story that looked sort of like this.

Jay never got to play baseball with the other kids because he was impossible to control. His younger years were not that grand, but he did love baseball. His father and his sister were always there to teach him the game and they loved him to the best of their ability, but the most time he ever spent on a little league field was to watch his sister play for the most part. They tried to see if he would play the game with the other kids, but like what you had seen when he decided to steal the bases the other day, he really did have a mind of his own when he was younger. It was never in sync with the game around him though, so he would walk into pitches, wander out into the outfield, and a whole plethora of other things in the two games he actually tried to play. Lily often forgets the one thing that he could do really well, and that was watch his sister play sitting with their father and mother. He wasn’t animated or anything but he was religiously her biggest fan as it was the only thing that really kept him out of doing things that were just plain dangerous for long periods of time.

The sad part of Lily’s Little League career was when she was playing in the State Little League championship, all 13 years of her, and a player on the other team had decided that he hated her. It was more of a crush type of thing really and more realistically, as it does with little boys it turned into that angry “hitting the girl” to show your affection, type of thing. The team that Lily played for was actually humiliating the other team, and a final strike out didn’t exactly go the way that the boy with the crush had hoped it would, and as Lilly was trotting back to her dug out to celebrate with her team mates the victory that was going to send them to the state championship, this little boy decided that throwing the bat with everything he had into the back of Lily’s head was a good idea. Lily was knocked unconscious and never actually saw what happened but it became the stuff of legend around little league fields all over the state of New Hampshire. She would have had the opportunity to see her older brother animated on her behalf for the first time ever as his parents could clutch onto him fast enough before he charged off the bleachers and onto the field.

The blinding rage that Jay showed that boy was amazing and the pandemonium that ensued because Jay was also a very huge 15 year old as well was what the legend became. It took 8 parents to pull Jay off of that boy, and then hold him to the ground as he was kicking and screaming and using words that you just wouldn’t expect to come out of this rather goofy giant now. The boy that had hit Lily with the bat was in quite a sad state too, and wasn’t about to play baseball any time soon, but fortunately his season had ended before he had even thrown the bat. The umpires had stated unequivocally that Jay was banned from all Little League games because he was a “menace” and couldn’t be trusted.

The second time that Lily had ever seen her brother animated on her behalf was a week later when she was getting ready for the State Championship game and her parents were trying to get Jay to understand that he couldn’t go to the game. He tried so hard to get into the car, and in the end it was her father that had to stay home with him just because he was better capable of restraining him, but what Lily remembered seeing as she was getting in the car to head off an hour to the game stuck with her for a very long time and just came back to her in a flash. She looked into the window of the house and saw her brother crying like a baby with his face pressed up against the window as her poor father was holding him like he was 3 years old and had skinned his knee.

Lily carried that to the game with her, and without a doubt had the worst game she ever had. She couldn’t stop a pitch, she couldn’t hit the ball, and she couldn’t make the throw to second to save her life. The team was actually humiliated, and she never forgave herself for making her brother cry like that or costing her own team the championships. She also swore that she was never going to play baseball again, for any team. The only wrinkle in all of that was that it was also the last day that she ever saw her brother out of control in that way as somehow he finally had the last piece necessary to finally let the autism grab hold of him completely, and he left the world that the rest of us actually live in. Lily felt it necessary to blame herself for that for many years too. It never is easy being a 13 year old girl even if you do have opposite field power batting numbers.

Her retirement from baseball lasted a couple of years until she realized that the only thing her brother would do is play baseball, or more to the point, throw the baseball. As her father was starting to get rather weak from aging, Lily finally took over the mantle of being Jay’s playmate in the back yard which also had its effects on a 15 year old girl’s social life. As time went on she started getting a bit bitter that she was finishing her high school years with no boyfriend, no real weekend social life, and in the end being the parent of Jay when their parents died. By that time she had almost totally forgotten about her own hatreds towards herself over what had happened to Jay that summer, and started having a slight bitterness towards him for being a burden. Running a large company that she was left with, managing a home that she was left with and taking care of a brother that she was left with, which included coming home from working all day exhausted and having to go into the back yard with a catchers mitt. That was until one of the new neighbors came walking over to their house that one day with a case of beer to hang out with his neighbors, and talk to them about the team he just became the manager of. The rest was a publicity stunt that Lily wanted to prove would be a failure until Jay struck out 22 batters in one game, and the two of them were famous in Nashua New Hampshire. … To be continued
Posted by Jeremy Crow at 3:18 PM