The Slammer – An Ever Growing Web Novel – Chapter 3.6 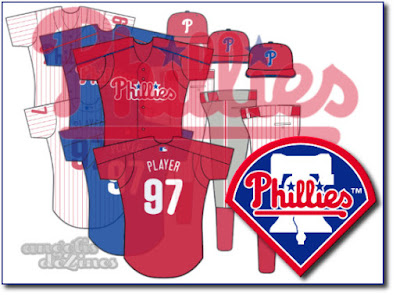 “He got pissed off and threw the bat at the dugout and hit the kid in the chops,” Christian said as he takes a practice swing, “Knocked the poor kid out cold and took out a few of his teeth, but the GM just suspended him for two games. Bud fought with him over it, but did say if he does it again, one of them is leaving the team. Now get back down behind the plate, you’re going to make the ladies think we got something going,” he threw out there with the wink, of course.

Lily got back down behind the plate, but she had tears in her eyes from all of the memories that had invaded her head. She gives the signal of “two fingers spread apart” and Jay starts fiddling with the ball inside of his glove pressed against his chest. She might have chosen a better pitch because the splitter that she just called for is one of the fastest and nastiest in the business, and her eyes were burning her, but Jay started into his wind up the way he always does with his knee slowly elevating towards his chest. As his arm stretched outward like a great catapult you could have heard a pin drop from the fans in the stands waiting for the next reaction silently. Jays gloved hand stretches out towards the batter as he is getting every bit of torque on the pitch at hand and his entire body flails over itself to send the missile hurtling forward with a bit of a hiss, and the batters swing went right over it as it hit the plate underneath it. It then went cascading through Lily’s legs and went all the way to the backstop with Lily jumping to her feet to go get it.

The umpire stopped her short and handed her a new ball, since with nobody on base, it was unnecessary to retrieve the 98 mile per hour splitter that had sailed under her, but she is a bit out of sorts at the moment. Down to her knees again Lily instinctively calls the next pitch with two fingers down and off to the right, which is the signal for a fast ball away. The brim of Jays hat looks downward as he adjusts the ball in his glove, as he turns his body to start the knee lift he stops short and puts his foot down suddenly. There he stands staring at Lily after committing what would have been his first balk ever had there been runners on base. Lily calls time out and starts trotting out to the mound desperately trying to get her tears to stop. “What’s the matter now?” she yelped at him as she got to the mound.

“You’re crying, I just wanted to know if you wanted to go home now,” he said to her frankly with no real acknowledgement that there is a game going on at all. “That kids going to be fine Lily, he didn’t hit him or anything,” he added very innocently but then said something that really took Lily by surprise, “I’m sorry,” and then he looked down like he was ashamed of himself. If he only knew that that didn’t help matters at all as she found it harder to hold back the tears all together.

“Look Jay, I just twisted my ankle a bit and I will be fine, you need to finish the game ok, you’re doing great buddy,” and with that she swatted him on the butt with her glove and went back to the plate.

“Damn girl, you two just wanted me to think about it didn’t you,” Christian said to her as she was taking her place behind the plate, “That’s terribly unfair you know using those mental tactics on me, I am just a poor little kid from the ghetto you know,” he added with a bit of a chuckle.

Lily couldn’t help but laugh at him, and it did break the tension a bit when she added, “Ghetto my ass, I read your bio, you’re from Martha’s Vineyard, and our other house is down the road from your parents house, you big fibber,” which had them both laughing, and the umpire letting out moans that he is sick of these two holding up the game. Lily holds one finger strait down and her brother points the brim of his cap down in agreement before he lists his knee up like he does at the beginning of any wind up, and this time his whole body does outstretch like a like a humongous bird about ready to take flight. As the ball sits in his hand outstretched for moments in time, Lily is secretly wishing that she can just handle the fast ball strait down the middle that she had asked for. With his entire body curling over itself to throw that fast ball destined to be in the hundreds, the release of the ball is harsh and strait. CRACK!

That immediately took care of Lily needing to do anything other than stand up and watch the ball from Christian sail hard and strait while the pieces of his broken bat went everywhere. Instincts took over as Christian was off the second he felt the ball hit the wood, and he didn’t even get to enjoy how the ball had hit the Green Monster like cannon fire and even bounced hard enough to get over the left fielders head. He didn’t miss the fact that he didn’t have it and his amazing speed took over as he rounded second, and then within another instant he was sliding into third base without even drawing a throw because the third baseman was out in the field getting the triple that Christian had. Like the true showman he is Christian turned to his team mates that had all struck out, just like he had but that’s beside the point and held his arms out stretched to show them all how easy it was.

Lily crouched down behind the plate shaking her head, secretly admiring how Christian had caught up to that pitch that must have been over a hundred and the pieces of bat were being cleaned off the field. Two strike outs later Jay Recorded his first out that wasn’t a Strikeout of the game with a very painful ground out to the first baseman by the cleanup hitter. Lily decided to take the opportunity to show up Christian a little bit for his slight by taking off her mask and blowing Christian a kiss as he was running towards home after the ball had gotten hit. “Damnit girl, I told ya to stop making the ladies think I got a thang,” he said as he ran around her and back to the dugout. The score is still zero to zero with Jay and Lily both getting a standing ovation from the crowd, as they are already starting to make the Fenway Faithful glow with a new pride for this new season. … To be continued
Posted by Jeremy Crow at 3:52 PM