The Slammer – An Ever Growing Web Novel – Chapter 3.7 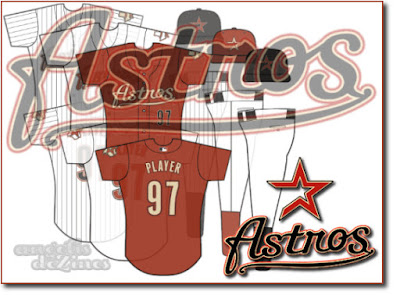 Lily sits in the dugout waiting for the first batter of this inning to strike out, so that she can grab her bat and saunter out to the “on deck” circle. It's hard for her to not simply give in to that fact that her team really does stink, and its two guys and a girl making the last two games even interesting. She's now officially a .500 hitter as her 1 for 4 yesterday combines with her 2 for 2 today makes her Red Sox career numbers 3 for 6. The pitcher today is actually very easy to figure out and she is expecting to get another hit when she goes out there, but if she doesn't crank it then she will never make it around to home plate she is starting to imagine. The shortstop strikes out as she had expected, and she grabs her helmet and bat to head out onto the field.

“Lily?” came the voice of Skip as she tried to walk past him. “Look Lily, these guys are really young and undisciplined and I would really appreciate it if you would give them pointers every time they come back to the dugout,” Lily's look of shock that she gave him wordlessly asked him a question and he replied, “Seriously Lily, the kids today aren't like the guys were in my day, and they actually don't care that you are a girl, but unlike the rest of the crew here they do care that you are out there doing it with them. These guys sit here and try to figure out what you are doing, just like the crowd does,” which Lily nodded and gave him a wink.

Heading up the stairs from the dugout she said to Luis Cruz, the shortstop that just struck out, “You have to take your first pitch so that you can see how the ball flutters,” after noticing that he had stopped to actually pay attention to her she added, “Your swing is great you just have to drop it a fraction because all of his pitches fall a bit at the plate,” and then she gave him a whack on the rear after he gave her a big smile and thanked her. Lily found herself having a hard time getting the smile off of her own face as she continued to walk out to the on deck area.

After a hard grounder that went straight to the second baseman and then tossed to first for the out, Lily got the attention of the right fielder, Josh Palmer and motioned to him to watch her. He nodded and walked into the dugout to stand at the end so that he could watch her plat appearance. She had noticed that he cut down on the ball rather badly and it made him the American League ground out king even though he almost always got a piece of the ball, it was really bad when you faced a slow sinkerball pitcher like this guy. Standing in the batter’s box she motioned over to Josh who gave her the thumbs up and she took much more exaggerated, wrists down, uppercut swing for her practice at the plate. He nodded at her, but she also noticed that several other guys stood up to watch her as well.

The first ball thrown was a high fastball which Lily watched going into the glove, and the umpire called a ball on it. Later on in the season the “book” on Lily will say that she can lay off high pitches better than almost anyone in baseball, but at this point in her career they are still desperately trying to figure her out. The next pitch was way too low, and got away from the catcher, and she motioned to the guys in the dugout who watched on in awe as she was teaching them how to see pitches. She gave the guys the wink which for those that understand the wink means “here it comes” and the guys watched on in awe as they have been facing this guy enough today to know that she is pointing out the sinker away.

Lily steadied the bat on her shoulder and opened her eyes really wide so that she could see the pitch as it left the pitchers hand. As she always said, “If you don't let the ball leave your eyes your arms will take you to what your eyes see,” and this was no different as the other team's pitcher started into his rather compact wind up, so that he can basically telegraph his pitch as he realistically has all game. The release point on the ball revealed his two fingers pushing down hard in an attempt to get the fingernails into the ball, as it starts it's trek towards Lily who mentally can slow the thing down in her mind as it comes at her to float past her just about at the knees where it will give that slight hard dip that forces the other guys to top it straight down into the grass. This is not one of the guys though as Lily brings the bat around with her wrists pointing downward so that she could chop up on the ball as it met the fat part of her bat. CRACK!

Like she had initially intended the ball went towering strait up, and Lily was off like a lightning bolt. She has great speed for a catcher and the “book” on Lily will represent that after this game even. Catchers are always notoriously slow, but here’s where being a girl comes in handy as her own hips are her greatest ally for crouching all day. The players in the outfield start yelling to each other as they had totally lost the ball since she had hit it up above the corona of the artificial lights that light up the field at night. Lily actually had become an expert at this in the minor leagues s it was the best way to drive a sinker ball pitcher and his team mates mental. Lily was already close to first when the right fielder spotted the ball coming down and to his credit did an excellent job of alerting the left fielder as to its proximity. Unfortunately it was still going to hit the ground too far away from him, and then bounced up and off of the Green Monster, and then went strait up again since it had hit the warning track just right of the foul line where the ground was really hard. Lily didn’t even draw a throw by the shortstop that caught the ball when it finally came down the second time, and she was already standing on third. The third baseman walked over to her and in a very thick Spanish accent said “You fun to watch.”

The crowd was going insane after that whole show, but Lily was still more concerned with getting home than anything else. Two outs, eight innings, and this was the furthest anyone on her team had been on the bases. Actually aside from a walk she has been the only one on the bases, and her teammates weren’t giving her much hope. The teams leadoff hitter was coming up to the plate, and being officially the worst leadoff hitter in the league, it didn’t mean that he carried the real cache of being a leadoff hitter. Lily didn’t know what to think as she was getting a rather large lead on the base path, but it was probably because the pitcher wasn’t afraid of getting his last out at the plate. Lily saw something rather strange though from Ricky Styles who was standing at the plate though waiting for his pitch. It was probably the big toothy smile that he sent to her after he took the first pitch that was in the dirt for a ball. It actually resembled confidence.

The pitcher got his sign from the catcher, and then gave a bit of a smirk when he looked over at Lily, who was still daring him to try to throw her out, as she figured a missed throw might be her best chance of scoring, but he obviously knew that himself as he didn’t even look like he was considering the bait. Ninety feet away is a leadoff hitter with a .265 average and unfortunately that is the best on the team aside from Lily’s .620 after two days of work. The pitcher starts into his wind up, and Lily already could tell that it was going to be a high fast ball, because as we had said before he telegraphed his pitches really badly. His release point was very good as he came over the top, and sent the ball flying towards the plate until you heard the “tap” of a very good bunt actually, that was coming right towards Lily down the third base line, but Lily didn’t stand pat to admire it as she bolted down the line to try to get home.

This is one of those grey areas in the annals of baseball you see that most people don’t talk much about, as the baseline belongs to the runner. We’ve seen it all from Pete Rose crashing into catchers as they try to guard home plate to first basemen that try to tag a guy as he runs way outside the base path and is called out anyway because he wasn’t in his base line where he belonged. This was another one of those times that people will talk about for a long time as Lily actually did see the catcher bending over to pick up the ball while blocking her direct path to home from third, so she did what she knew was well within the rules as she was on her baseline and the catcher was technically impeding her. She knocked him over so hard that he ended up being about 3 feet out of the balls reach by the time she was able to crawl over to home plate and touch it with her hand. The collision was brutal and she might have picked the wrong career and might even need to see if the Patriots need her in the off season, but for now, as the umpire holds up his hands and yells “SAAAAAFEEE!!!!” the score in this game is Red Sox 1, Blue Jays 0 … to be continued
Posted by Jeremy Crow at 4:39 PM