The Slammer – An Ever Growing Web Novel – Chapter 3.8 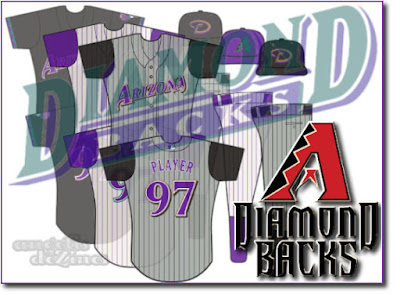 You would have thought that the Red Sox had won the World Series with the way the fans were standing on their feet howling as Jay Franklin stood on the mound staring back at his sister crouched behind the plate. Twenty six outs recorded, nineteen of them were by way of the strike out. Three of which were committed while the batters were running for cover as they thought the slammer was going to hit them in the face. Nobody can ever get used to having a pitch come right at their head and just stand there expecting it to arc over the plate. The umpire couldn’t believe it either but you could see the way he admired it the last time it happened.

The only man to get a hit in this game is coming to the plate now, in the form of the likable Christian Washington, who is still the best hitter in the league despite the 1 for 6 that the last two games gave him. He still keeps his spirits up as he comes to the plate and says quite jovially to the umpire, “I really was hoping that that guy would get tired by now,” before he stood in on the plate and started his customary swings. “Thanks for showing up my triple by the way, but I did it against a better pitcher so there,” he added for Lily’s amusement as he let off a chuckle that actually sounded like fear. “I knew I should have perfected some sort of a home run swing.”

“Well after Jay gets you out here you can practice until tomorrow,” Lily threw back at him while she held two fingers together and off to the right inside her legs for Jay to see. She figures that Christian is a great inside hitter but he can’t get opposite field on those very well. In her mind it is better to just get an out as opposed to that magical twentieth strike out, and machine or not, Jay is getting tired. Jay lowers the brim of his cap downward signifying that he is ready to take on the enemy at the plate.

The glove comes up to Jay’s chest as the crowd continues to go mental. They want that twentieth strike out to show that they have a new hero in town like the first time Roger Clemens did it here over 20 years ago. Jay doesn’t know that any of these people even exist; all that he knows is that his sister told him that she wants the ball and where she wants it. Nobody even knows if Jay notices that guy holding the bat down there, and it actually works to his advantage, or at least it should as it often works against most pitchers to know that they are facing the best of the best. His knee starts to rise as the glove comes tighter to his chest, before he cocks back the hammer of the mighty catapult that is going to hurl the rock at his enemy. The enemy has faced this foe before and is considered the only one that can take him on right now, and for the entire world knows he will be the last to face him on this day, and with that Jay Franklin’s entire body recoils to bring the missile cleanly over his shoulder. Christian raises his foot slightly to get everything he has on that inside pitch as he brings the bat around. CRACK! “Steeeeeeeeeeriiiiiiiiiiikkkeee” yells out the umpire as Lily safely receives the ball.

“Ugh! I was over that one wasn’t I?” Christian said after the umpire was finished. “At least I don’t have to deal with that pitch coming at my face like the other guys do, I’mma call my moms and thank her for teaching me to bat left handed,” and of course Lily tries not to giggle as she wonders if Christian always talks to himself at the plate. It would make a lot of sense being that he is the loosest batter she has ever seen from behind the plate. She signals Jay with three fingers pressed together and strait down as she assumes that Christian won’t be able to get all of a fast ball down by his ankles if he can even catch up to it. “After the game tomorrow I have a day off and I was going to visit my mom, who thinks you are the second coming, can I get an autograph or something?”

“I’ll see what I can do,” Lily said back to him as Jay starts into his wind up. Christian gets his eyes wide open so that he can hopefully fathom what is about to be sent at him. His entire body starts flowing outward so that the ball is roughly four feet behind him as he gets the maximum stretch on the pitch. With all the strength he has Jay launches the ball with a hiss and Christian simply watches it crash into Lily’s mitt as the umpire signals that it is ball one. The radar on the scoreboard shows a one a zero and a one in that order to signify the 101 mile per hour ball that was just below the strike zone.

Lily looked up at Christian who wasn’t paying much attention to her at the moment. He must finally be in the game more than usual as it is finally sunken in to him that it is crunch time and potentially he is the last out in game that will put the first place Blue Jays 2 games down in a 3 game series to the last place Red Sox. He did finally turn his head down to her as she was thinking and say, “Look you might as well just get him to throw it cuz you know I am gonna hit it. I’m in the zone now, wooooheeeeee,” and then he winked at her. The little light bulb went off above Lily’s head and she finally though of what to do. With that she balled her hand into a fist and punched the ground, because Christian would never know what to do with this, if it works at all. All Lily cares about is getting the game over with and helping her brother gets his first major league win, and a shut out at that.

Jay lowered the bill of his cap downward as he brought the glove to his chest. His fingers maneuvering around the ball as he gets the perfect grip on the pitch that he is about to make, and the fact that this scenario had never been done before doesn’t faze him a spec. It never does actually, because he doesn’t even know the batter is there. His knee starts rising as high as it ever has, and appears to be close to pressing against his chest as his right arm stretches back to lock the trigger for his cannon. Suspended in time, you can see the outline of the great Jay Franklin as his body is ready to launch the weapon at the enemy, and the enemy stands wide eyed and ready. Body beginning the coil forward as Jay’s body flails over itself to release the ball that starts sailing way right and totally out of the reach of Christian, until the moment he sees it arching back into the plate, and within that instant you could hear the words from Christian’s mouth as he utters “damn!” and releases the bat from his shoulder to try to meet the slammer as it comes back in towards him over the plate. SHLICK! “Damnit!” then came from his mouth as the ball went straight up into the air from the bat grazing just under it.

The ball goes straight up right about the vicinity of the pitcher’s mound and Lily as well as the third baseman goes running out to get it as Christian starts running towards first. Jay holds out his arms calling off everyone who thinks they are going to get it, but Lily continues towards the mound as she knows that her brother has never actually caught a pop up. Actually as she thinks about it Jay has never tried before, and that is when she holds up and watches him safely catch the ball for the last out of the game. Lily totally excited for her brother goes over to try and hug him but Jay immediately starts walking towards Christian who is starting to trot across the field to his own dug out. Jay grabs a marker from his pocket and holds the ball and the marker out to Christian and asks very politely, “Can you autograph this to John for me, he’s my friend,” and then stood there with the goofiest smile that Christian had ever seen. … To be continued
Posted by Jeremy Crow at 3:17 PM