Beyond the Valley of the Kings 1.2 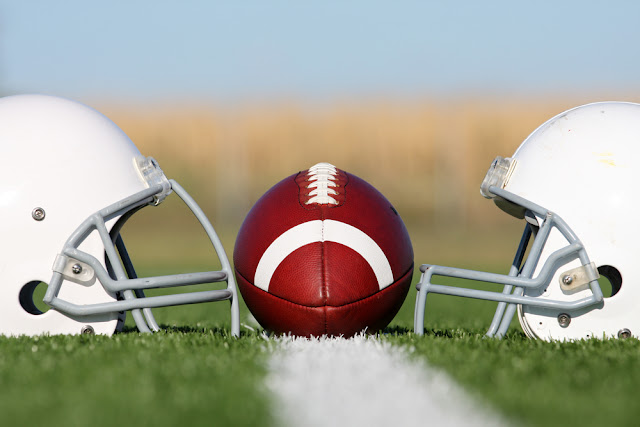 The football field was empty save for a large boy who could have passed for a full grown man, but you could still see on his face that he couldn’t have been more than seventeen years old. There was no fanfare, the crowd was leaving the stands and the score was still lit up on the scoreboard, HOME 23 VISITOR 24 and the boy was obviously on the HOME team. It was the fourth straight year that his team had lost the championship game, and this was the first of the four that it was on his own field. Despite the fact that he was the first player in Massachusetts state history to record eight sacks in a championship game. Despite the fact that he had fifteen tackles, and a forced fumble, he wasn’t able to hold the other team to less than 23 points. He felt like a failure.

Of course he had already gotten the letter a few weeks ago telling him that he was going to Boston College, which he had said he was going to do since his Jr. High School team lost the state championships his last year there. Yes the boy has been plagued with failures on top of failures while his personally excellence continued to climb every year. This one really hurt though, as he realizes he is going to leave this field in Wrentham, and probably never return to it. He may never return to Wrentham at all after this year. He would have loved to have a championship for the town that cheered for him every time he took the field, but instead like the last five years his season ended with a loss, and silence.

The rest of the team had left the field and gone to the locker rooms, even the other team who had finished celebrating on HIS field had left. Now almost every last person who had attended the game has left. The only person left in the entire area is a beautiful young lady walking towards him wearing the school colors, and nearly dragging a set of pom poms behind her. She still had a smile on her face, as she always seemed to when she was around him. As she gets closer to him she holds out her hand to take his, “You can only do so much Josh, next year when you are playing for the Eagles,”

“I probably won’t be playing my first year,” he interrupted her.

“Just like you said freshman year and you were the MVP,” she laughed which coincidentally sounded like the laugh of an angel. Now she had his hand in hers and was guiding him off the field. “You know I’ll be at all your home games,” which would be easy since she had been accepted to Boston University right across the park from Boston College.

He smiled finally, “You haven’t missed a single game since we were nine, I’d forgive you if you missed one,” and the two of them continued to walk hand in hand. It wasn’t the hand and hand of a boyfriend and girlfriend, more of a hand in hand like a brother and a sister. “Where’s our mother?”

The face on the girl became a little sullen, but she immediately regained the smile. It looked like a routine she has gone over a million times already in her short life, “She didn’t come home last night, so I didn’t expect her to show up today, you know how it goes,” and she waved her hand in the air as if it were no big thing.

“Do you need a ride home?” Josh asked as if it were a normal question between the two of them.

“You didn’t think I was hanging out to enjoy your pity party did you?” and then she smiled a more genuine smile at him, “I didn’t see your mother either?”

He shook his head a bit, “She couldn’t get the day off,” and that was no surprise, she almost never could get the day off. As usual she’ll bring home a chicken fried steak dinner, tell Josh how proud she is of him regardless of how the game went, and just coincidentally have a macaroni and cheese dinner just in case Carrie Lynn didn’t have dinner plans. She never does, but it’s nice that Josh’s mother pretends that she could have. “Well at least you’ll get macaroni and cheese out of it,” Josh added.

Carrie Lynn laughed again with that angel’s laugh, “Someday your mom is going to forget to bring home dinner for me and I am going to be heartbroken.”

“I wouldn’t worry about that, you are her favorite child,” which had been the joke for going on ten years, since Josh brought Carrie Lynn home with him because he didn’t think she had eaten that day. She used to sit in the lunch room at school with no food, until Josh walked over one day and set one of his three ham and cheese sandwiches in front of her.

Josh of course didn’t give her the sandwich that day because he had any sympathy for her. No as a matter of fact a six year old boy doesn’t really have the capacity to realize that someone isn’t really being taken care of, no as a matter of fact it was the fact that he was an honest six year old boy that said, “You’re too small, have a sandwich.” Josh of course was too big, and missing a sandwich wasn’t going to hurt him, but he found out before that lunch was over that this very small girl was actually hungry, and from that day on always shared his lunch with her. He still does.

He actually hadn’t even met Carrie Lynn’s mother for several years, until he convinced her to become a cheerleader so that she could go with him to the football games. Josh was a breakout star from the fourth grade on, and it was at the first home game of the sixth grade year that Carrie Lynn’s mother showed up, drunk and completely belligerent. At eleven years old Josh was already mature enough to understand that it would be one of those understood and unspoken secrets that the two of them would simply keep to themselves, and he would simply do what he could to make up for it.
Posted by Jeremy Crow at 3:18 PM