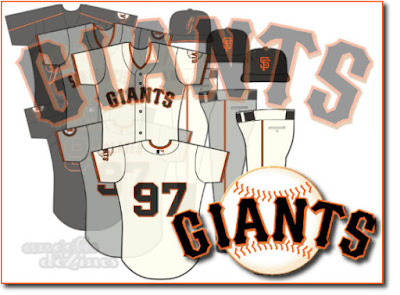 “Well I am letting you throw it the way you want, so we should be getting out of here any time now huh?” Lily shouted at Barceló sitting on the bench in the dugout. “Hell that was only a thirty five minute first half of the first inning!” Lily was pacing back and forth in front of Barceló who was staring down at the floor. “Eight to nothing before the guys can even take the field, you're my hero,” Lily then throws in with a condescending voice. The rest of the team was staring at the two of them as Lily continued to rant. “I am thinking that you can finally find a way into the record books now, because at this rate you should be at thirty runs by the fifth inning.”

“You're no help! You just stand there and laugh with them all as they hit the baseball!” Barceló threw back at her which simply made her laugh, “This isn't funny!”

“I don't know what else to do, you pitch exactly the same and the guys on the other team think it's funny and if I were on that team I would too!” Lily shot back at him. “They have a book on you and they come out telling me what you are going to throw and I can't change that so screw you and your ERA you stupid pig!” The team mates on the bench all start making the grumblings of agreement, when they hear a crack of a baseball. Lily stands up on the dugout stand to see the ball go flying over the fence for a home run. “Wow that was the first leadoff home run this year. GO RICKY!!” Lily followed into a scream right before she started cheering. Turning to Barceló she just states plain, “You know what? I'm done wasting my breath on you dipshit. I have a team to cheer on.”

Lily smacks Ricky on the ass as he comes running into the dugout, and starts yelling out to all the other guys, “Look, this is the type of game it's going to be, so you guys all have to get loose!” Most of the players on the bench start getting charged up a bit so she adds, “If our pitcher is useless, we have to do what we can to get in the record books tonight by making this the highest scoring game ever!” CRACK! Comes from behind her as the third baseman, Mike Freeman gets a towering hit that ends up hitting the top of the Green Monster high enough that he is standing on second base before the ball gets thrown in. “Hey look! Their pitcher sucks too so let’s get him!”

Barceló just sat and stewed while Lily started watching the other pitcher, and grabbing guys on their way out of the dugout, “Look he's hurt but I think they can't replace him,” and “See how he can't get the ball down, so watch his arm slot,” which was hardly needed as he's gone through five batters now without a single out. Lily watches as sixth batter of the inning Jamal White knocks the ball out of the park for the second home run, and the score is now 8 to 6. It also means that she will be batting in this inning no matter what so she starts fighting to get her gear off.

This does come as quite a surprise to her actually as this will be the first time this season that they will make it through the rotation in one inning. Lily actually starts shaking her head as she thinks about how sad this team is, but they are on a two game winning streak also for the first time this year. She stands up in enough time to see the number seven hitter Ito Massimo get smacked with a pitch right off the elbow, and the maternal instincts in Lily go mad house as she starts swearing at the pitcher. He’s the smallest member of the team and it was so obvious that the pitcher did it out of frustration. She made her way to the exit of the dugout in a huff and that was when Tug stepped right over and grabbed her to whisper, “You know what to do right?”

Lily immediately starts screaming louder “Let go of me, I'll kill that bastard!” and starts pretending to fight off Tug who is doing his best not to actually grab a boob while he is pretending to hold her back, which isn't very easy because Lily is such a good actress. The rest of the team is standing up in the dugout and starting up the steps at this point, which prompts Massimo to wave at them and give a thumbs up as he finally trots over to first. The rest of the team starts smacking fists and getting fired up as Lily pretends to regain her composure and trot out onto the field to go get her warm up swings in.

The next batter is technically the worst on the team and the only reason he doesn't bat last is because Tug always puts the catcher last no matter what, since he is amazingly old school. Lily made sure to yell out to Byron LaSalle as he was walking to the plate, “Don't let your eyes leave the ball!” and he did turn around and give her a weak smile along his way. He is a monster hitter when he gets the ball but this year is looking like his short career is over because he just can’t get over the .170 average that plagues him right now. Perched in the batter’s box he takes some long stroke warm up swings, and waits for the pitcher to get done talking to his manager who had come out to cool him down. The Blue Jays are all at double play depth so they are for the most part playing back towards the grass to the outfield just to make sure that nothing gets by them and hopefully they can get something going against a guy that is not hitting for power like he should be.

The pitcher for the Blue Jays is on his fourth team in his first 3 years in the big leagues and it is for reasons like this of course. He gets the signal from the catcher and looks over to the man on first who is starting to get out to a big lead hoping on beating out an inevitable double play if the ball gets hit at all. The batter stands with the bat swaying a bit as he holds it strait up, and the pitcher nods to approve of the sign from the catcher. He swings his leg back in front of his own so that he can execute the stretch that most pitchers do when they have runners on base, and then throws his leg forward and down onto the ground so that his arm can come straight over the top, in what leaves his fingertips like a curve ball. It doesn't really matter as his velocity and his ability to get the ball down are falling apart on him really quickly at this point, and the ball is looping on its way to the catcher. CLICK!

LaSalle at the plate took it upon himself to execute a perfect bunt strait down the first base line and dying very fast. The book on LaSalle would tell you that he has never bunted and can’t run, so the entire team is caught flat footed. It gets past the pitcher forcing the first baseman to have to run in to get it and when the LaSalle’s slow body finally makes it to first base he actually tags it and jogs past it with nobody else standing there at all. The rest of the Red Sox hit the top of the dugout screaming and cheering as hard as if he had hit a grand slam, and the batter who also happens to be kept around for comedic value it would seem takes a bow to them all before he gets his foot back on the bag. The crowd goes absolutely mental seeing this, and the whole ball park is starting to act like they are watching Jack pitch and not Barceló. Barceló of course is now standing up on the riser inside the dugout watching it all too, but you never know what is going through his head. The good news though is that he appears to be paying attention to the game for the first time in a long time.

Lily walks over to the plate tentatively, as she might be the only person in the entire place to know what is coming now. Despite her short time on the team she is the best hitter and this pitcher has two men on and nobody out, as well as a manager that doesn’t appear to want to save him. She takes her practice swings and looks to the catcher to say quite blatantly, “If that ball comes anywhere near my head, I am taking him out and you better be quick, because I’ll make sure you can’t get me from behind,” and her glare told the catcher that he better stand up and jaw with her about it. Lily wasn’t in the mood for jawing, and she had made her point. The rest of the team watched the exchange from the dugout and Tug pretended to calm them down, but secretly wants them on the field if it does happen. This is how baseball works after all. … To be continued
Posted by Jeremy Crow at 3:49 PM