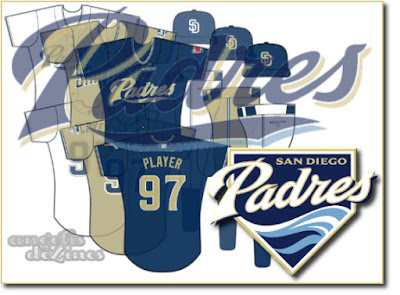 After four more runs, three more hit batsmen, and an ejected pitcher the first inning of this baseball game came to an end mercifully after a little over an hour. In baseball terminology this means that it is a really bad game and is going to be torture within the confines of the next inning. Lily crouches behind the plate and waits for the batter to take his warm up swings. She then holds her hands out to her side in a sort of “what?” gesture waiting for Barceló to decide what he is going to throw. To her surprise Barceló does the same thing back at her. She stands up and holds her hands out, “Throw the fucking ball!” she yells back at him.

Barceló takes his glove off and throws it on the ground and yells back, “Give me the fucking signal!” and then picks up his glove off of the ground and places it back on his hand again after making the crowd laugh when he goes running down the mound to get the ball that popped out of it and rolled away.

“Whatever!” Lily yells back as the umpire reminds Lily that most catchers run out to the mound to tell off their pitchers. She off handedly turns and says to him, “He’s an idiot,” which has both the umpire and the batter nodding in agreement. Lily crouches down again and presses her thumb to her thigh, which gets a bit of a double look by Barceló, but he brings his glove to his chest as his form of agreement on the pitch. He slides his leg over for his usual slide step as he brings his arm back while extending his glove hand forward so as to execute the rest of his wind up. As his leg sweeps over to bring the rest of his body over it, his elbow bends in to whip the ball over the rest of his arm, as he releases. The ball comes screaming in at the batter who desperately tries to dart out of the way when the ball slams him hard right between the shoulder blades, dropping him to his knees in excruciating pain.

The umpire jumps in front of the plate after telling the batter to take his base and motions for both of the managers to come out. The Blue Jays bench all ends up on the top step half heartedly making like they might charge the field but it doesn’t take a rocket scientist to realize that the four hit batsmen that their pitcher had nailed was going to be answered. The shock to them was that a self centered ass like Barceló would actually be the one to do it. The only people more shocked then the Blue Jays were the Red Sox though. Lily walked out to the mound while the umpire was telling the managers to cease and desist, which had Barceló saying to her, “I just want to play baseball Lily, I’ll pay attention but bear with me I haven’t paid attention to most of the signals in the book,” he looked down, “I’ll learn them all by the next game.”

“Use the simple form, if you miss one I will hold my hands up. You will be using the sinker a lot and that is 4 fingers down and I will guide you with the pinky or the index finger,” she said to him and then smacked him on his ass, “That was a hell of a drop pitch, the guys in the dugout appreciate it, but next time hit him in the ass ok?”

“I was aiming for his ass, I have control issues sometimes,” Barceló added as she was walking away and he started moving dirt on the mound with his toe. Lily actually found herself laughing on the way back to the plate because the one thing he doesn’t have is control issues, so he obviously cared about what he was doing.

The next batter walks out in the form of Christian of course and he says to Lily, “Damn, he didn’t have to nail him in the back like that,” Lily shrugged at him, “and don’t give me any crap about control issues either, that dude is strait and on target every time,” after a chuckle he said, “I’m just gonna have to show this fool up the old fashioned way,” and then placed the bat on his shoulder for the pitch.

Lily shows the signal and Barceló goes into his slide wind up once again. His arm extends and as his leg slides forward he comes over his elbow to deliver the ball that just floats in the air with a bit of a zip and then starts darting down and in hard as Christian swings the bat, topping the ball strait back to Barceló who snags it on one hop. After spinning around and letting Cruz get to second, he fires it in. Out number one, and Cruz uses his superior arm strength to fire the ball into Oresco a split second before the fastest man in baseball can touch the base. As the umpire throws his hand up signaling the end of the best double play the Red Sox have had this year the crowd goes mental. Barceló looks out into the infield where his team mates are playing pepper with the ball like he used to see when he was a kid, and hadn’t kept people off of the bases enough in the last two years to remember that’s what they do when they get people out.

The next batter comes out to the plate acting a little less confident then he had the last time he had come to the plate when he had hit his second home run in the last inning, but all the same didn’t exactly look frazzled. Lily holds down three fingers and wiggles them, to which Barceló looked confused. She did it again, and he just nodded at her, and started into his wind up slide. His arm reaches back and then recoils over his elbow to release the pitch which comes at the plate with a bit of a down and out arc. The batter comes around and crushes the ball. Way up into the sky it goes and Barceló’s head flops over itself as he watches the pitch go flying way over the Green Monster and just left of the foul pole signifying a 500 foot strike. Lily stands there watching it along with him and then holds her hands out when he looks back at her. She could see him mouth one of her favorite expressions, “Well duh?” as he turns around and stands back on the mound.

Again Lily holds down three fingers and waggles them around and Barceló simply stares back at her with a glazed look. Lily offers no help to him at all after that so he brings the glove to his chest and makes his best guess as he adjusts his fingers in the glove. Getting back on the mound he starts the pendulum style swinging of his foot as he brings his arm back to hurl the ball towards the plate. Upon the down swinging of his leg his arm comes over like it normally does but the balls release looks rather awkward as the ball starts fluttering towards the plate a lot slower than normal. The ball just jitters in the air as it reaches the plate, and the batter takes a monster swipe at the ball as he lifts his leg to get all of his power into it. TICK!

Lily looks out at Barceló who is pointing strait up as the ball appears to be about 400 feet directly above Lily. She removes her face mask and just stands there looking up as the ball finally decides that it no longer wants to go upward and just starts falling towards her. The furious batter is just jogging around first and towards second knowing that all he is getting is a bit of exercise, but all the same makes the motions. The ball finally lands safely in Lily's mitt, and she immediately turns and points at Barceló, who then starts trotting towards the dugout.

“I didn't know you had a knuckleball?” Lily said to Barceló as she came into the dugout just after most of the infielders. “That was pretty impressive too, how come you never used it before?”

“Didn't know what the signal was so I just improvised, and that was the first time I ever tried a knuckleball,” he let out a bit of a chuckle and then added, “It felt like it was going to head to first when it left my hand,” he paused for a moment as Lily didn't say anything, then spoke up again, “What was that signal anyway?”

“I usually use that signal to tell Jay that the guy on second is getting to big of a lead, and the second baseman is going over to cover,” she says as she places her cracked face mask that got damaged on the last catch into the recycled equipment bin and starts playing with another one. “I figured that after telling you that a sinker was four fingers that was about the extent of all the signals you knew anyway, and was going to let you get that guy out your way after the double play.” After Lily gets the new face mask on her helmet she starts talking again to Barceló who is now sitting on the bench, “I'll move the fingers based on location but one finger is a fast ball, two fingers is a curve ....” … to be continue
Posted by Jeremy Crow at 4:16 PM