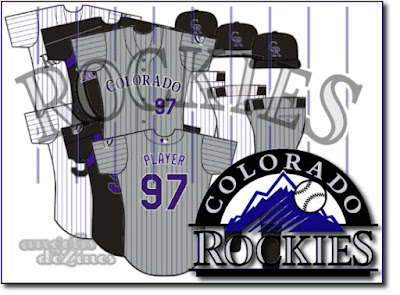 “You’re the only catcher I have ever seen bunt for a single and a base on error Lily,” Christian said quite unabashedly as he swung the bat on his shoulder for a couple of practice swings. “This is ugly and I am kinda hoping your boy out there just throws something that pops me out here,” he then added with a lot of waning in his voice. He wasn’t kidding either. Barceló hasn’t allowed a hit in seven innings and is three outs away from his first complete game in his entire major league career. The blue Jays on the other hand are down to their last pitcher and are rather fortunate that the Red Sox most likely won’t have to come out for the last of the ninth inning as the 23 to 8 score will probably hold up, or at the very least three outs probably won’t produce fifteen runs. You never know with the way this game has been going though.

“I actually decided to practice my bunting and never realized that your pitcher would get the yips and throw the ball into the dugout,” Lily said solemnly, “I really did bunt it strait to him in hopes of just ending the inning,” and Lily wasn’t joking either, but the rest of her team wasn’t exactly trying to get the game over. The guys tasted blood for the first time and continued to devour the dying animal. It was the first time this year that everyone on the Sox not only got a hit but got two each at the very least. Lily got seven and was hoping to avoid tying the teams 8 inning record for hits but the pitcher on the other team as she pointed out couldn’t hit first tonight either. “I didn’t think he would get the point so quick and I didn’t think the rest of the team would get to liking winning as well as they did, but the good news is you have tomorrow off, and the pathetic Orioles for three games.

The first pitch came winding in and down hard like they had all night as the umpire signaled strike even though the bat never left Christian’s shoulder, “You had my own mom trash talking my team behind the dugout Lily, now that’s cold,” and he chuckles despite how miserable this weekend really made him feel. “She always loved the Sox and I swear she was devastated when the Jays picked me up, but damn girl she is having too much fun up there,” and the next pitch swerved out and was called a ball. “I’ll admit that our twelve game lead looks like nothing if Barceló there stays in this form, because you guys now have 3 legitimate aces on your team, and I can’t just laugh at the batting averages,” and with that the bat comes flying off of Christians shoulder to connect with the ball and fires a missile strait over Barceló’s head and then totally snagged about 4 feet over Cruz’s head but he timed the leap perfectly. Lily pumps her fist as does Barceló while Christian just walks to the dugout talking to himself.

The next hitter walking up to the plate is Orlando Ceval who happens to be the best pinch hitter in baseball today. It’s obvious that the manager of the Blue Jays wants to show everyone that he isn’t about to roll over on a game that got out of control, and this is the way to do it. Ceval leads the league with an astonishing eleven cold home runs, and most teams don’t even have a book on him. Lily happens to be in the same boat as everyone else as she has never studied the man. Six foot eight inches of power hitter who always appears to be in the zone, and Lily just starts trying to think of what to do about him. Barceló on the other hand just waits patiently on the mound for whatever signal Lily gives him, and she decides to just hold down one finger and move it in toward the batter. Why not try to jam a batter that you don’t know after all?

Barceló nods at Lily and brings his glove to his chest to get three fingers firm on the ball inside of his glove. He starts the swing of his leg with his arm outreaching behind him so that he can fire that fast ball in with everything he has. As his arm comes over his elbow to bring the release of the ball the ball starts darting in towards the batter. Lily admires actually how Barceló’s not so fast ball actually appears to have the same sub 90 velocity as it did at the beginning of the game which is a great thing but the outcome could have been better at this time. The bat leaves the shoulder of Ceval and comes swooping inwards. CRACK!

Lily stands to watch the ball start soaring high and far, and Barceló just puts his head down and his hands on his knees, not even bothering to look up. His perfect eight innings down the tubes as the ball flies out of the park, and Ceval starts his usual home run trot around the bases that he does more often than any pinch hitter in baseball. After he tags home plate and trots off to his dugout to hardly any fanfare, which you really can’t blame his team for not getting jubilant about the score being a still very unmanageable 23 to 9 but at least they did something.

Lily trots out to the mound after calling time out to see if Barceló was rattled at all, and the Tug definitely didn’t appear to be coming out of the dugout. “Sorry about that,” Lily started but was cut off almost instantaneously by her pitcher who had a smile on his face when he did it.

“Nobody else would have hit that pitch out of the park Lily, it was a good call, and a bad batter,” Barceló winked at her, “Let’s just concentrate on getting the next two guys out and getting out of here, because this game is over 4 hours old now,” which almost prompted Lily to say five but she decided to just trot back behind the plate. He’s starting to develop a bit of a baseball mentality after all so why ruin it?

The crowd starts getting on their feet as the next batter comes out. Barceló is a bit taken aback by this as he has never actually had the fans cheer him on like this. What’s left of the crowd that didn’t leave to beat the traffic actually happens to be a lot more than most teams have at any point of the game, so it is pretty awe inspiring to him. Lily calls the signal for the first pitch to the new batter, and Barceló nods at her. He starts his wind up the same as he had all night. Good pitchers always look the same in all of their wind ups and Barceló has as much hope as anyone in this league. As he brings the ball around to fire it in at the plate his sinker ball goes straight in and then explodes downward as yet another batter tops the ball strait back to the pitcher, and Barceló catches it on a hop, fires it to first, and the rally of one run ends as fast as it began. … To be continued
Posted by Jeremy Crow at 4:26 PM