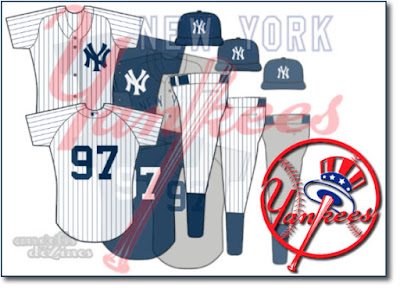 “Seriously Lily, that’s the first 3 winning streak that the Red Sox have had since before the all star break of last year,” Chris exclaimed before he shoved another bite of steak into his mouth. The restaurant was brimming and the line of people that is standing all the way out the door hasn’t gotten any smaller since Lily sat down. He swallowed his food and then added, “This is also a 3 night streak of different restaurants for Jay as well, and he seems to be adjusting rather well all of a sudden.”

“Actually, no he is not, if you haven’t noticed the last two nights he hasn’t eaten,” Lily said while signing another placemat right after Jay. She looked over at Chris and exclaimed, “He thinks this is an autograph signing and he doesn’t eat when we go to other restaurants, and shame on you for not noticing,” she said right before she looked at Jay shove a handful of French fries in his mouth and continue signing autographs, “Ok that doesn’t count. What is with everyone around here anyway, this never happens to a Red Sox player?”

John jumped right in on that note by saying, “Lily, you have three things going against you doll. You are the first woman to make an impact in the major leagues,” he stopped for a moment to point at Jay as he shoved a monster chunk of his burger in his mouth and then continued, “and the team hasn’t lost since you joined it which is a big deal as they hadn’t won three in a row in almost a year Lily,” he then trailed off as he started shoving food into his own mouth.

Lily impatiently looked at John waiting for the third things and after clearing her throat didn’t work it was Chris that finally added, “Your really nice to look at too, so I assume a lot of the men that come to the table actually look at you as a sex symbol as well as a great baseball player,” which actually got a chuckle out of Jay, or so everyone at the table assumed. “It’s rather amusing all things considered because you take all of the spotlight off the fact that the Red Sox have a pitcher that is autistic, and everyone is treating him like a rock star as well and have no idea. I don’t know if that is a good thing or not,” Chris watches Jay sign page after page and shovel food into his mouth in between.

“I don’t think it matters either way actually,” John piped up, “he is one of the best pitchers I have ever seen no matter what and that appears to be all the fans care about, and it doesn’t seem to be effecting him much,” John laughs a bit, “actually if you ask me it appears that he has been perfect for the role. There are going to be a lot of kids and adults for that matter that will be talking about how great he is and how he doesn’t let it go to his head because I’ve even seen Jack say that enough is enough before he does. I would have had a hand cramp by now.”

“He has another few days before he has to pitch again so it doesn’t really matter,” Chris looked up with a bit of a dazed look on his face, “I feel sorry for Shubert when he pitches in a couple of nights because he won’t have you in there with him, and he might end up losing the streak for the team,” John and Chris started nodding at each other because the one thing about Red Sox fans is that they are very unforgiving very quickly. “I actually don’t know what to expect really?”

“I’m the DH in that game. Tug already told me that. He doesn’t want to break the chemistry that the two of them have and he doesn’t want to take my bat out of the line up, so I get tomorrow off for the off day, and then a semi for the night after,” Lily signed another placemat right along side of her brother’s signature, “right now I am just excited to be taking a day off to work on my garden, the house is looking like crap.”

“I think Tug was hoping that you would be in to take some batting with the guys,” Jay said out of the blue making everyone gasp a bit. He then started eating his cheeseburger a bit more ferociously then he had been as the line was starting to finally shrink down of adoring fans.

Jay finished swallowing his food, because he actually has excellent table manners for anyone who had wondered and then replied to her, “No he doesn’t really talk to me I was just watching how much everyone seems to like you showing them things, and how you make them all better. The way they all played today was the best baseball I had ever seen the Red Sox play and that includes the World Series a few years back. I know you did that Lily and I am still your biggest fan,” and then he stared back at his food before he started forcing it down his throat again, while signing autographs with his left hand.

Chris looked away from Lily so not to make her feel horrible since he saw the tears streaming down her cheeks. He looked at Jay who was now using his left hand to sign his name and it wasn’t as good as his right but it was still pretty good considering. John also saw this and thought it was rather impressive and spoke right up, “Hey kid, that’s a really neat trick you got there. You should sign the all left handed so that you don’t wear out your right hand and get a blister,” and Jay continued writing “Jay Franklin” on the placemats. “That’s a really great kid, the fans are going to love that you have two autographs.”

“When I was a boy, I tried so hard to write with both hands and I never had it in me. That is really interesting,” Chris added as Jay kept on writing still, “How long have you been doing that?”

After a long enough pause had passed for it to be obvious that he was done talking for the evening Lily finally piped up and said, “I’ve never seen him do that before, but he has thrown the ball with some pretty good accuracy with his left hand when he feels like it,” she laughs as she starts to say, “I used to think he just forgot he was right handed when he did those things.”

“Life gets boring if you don’t learn to change,” Jay said at the end without looking up from his pile of placemats. … To be continued
Posted by Jeremy Crow at 4:22 PM