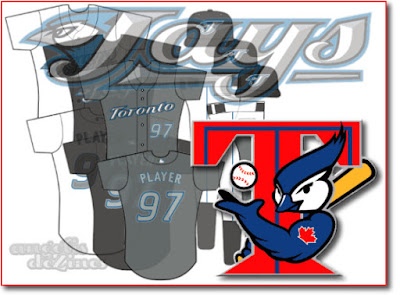 Lily stood there by home plate wondering what little she could do to help the guys out as they were all on the field for their spot practice. She was actually really impressed at how many of the guys on the team showed up actually because these aren’t mandatory, and it wasn’t just the kids that were here, but most of the veterans were as well. Her eyes looked out into the outfield where she saw Barceló walking around with a wrap around his arm talking to a few other players and found it rather amusing at how shocked they seemed to be to see him there as well. It wasn’t a bad idea to come today as she looked into the dugout to see Jay there staring off into space, since it would be his natural day to throw on the side, she figured once Tug took control of everything she could grab him and go into the pen for his 40 or so pitches that he needs. Tug came walking out in a pair of shorts and a tank top which took her by surprise so she asked Byron, who was taking some cuts, what gives?

“Tug always comes to spot practice looking like a tourist and tells us to wear whatever we want to,” he made a gesture out towards the field, “we all just found out the hard way that the clothes we play in are the best clothes to practice in too. You should have seen the raspberry down Ricky’s leg when he thought he would go all out for a fly ball and his sweats went ripping off of him as he slid on his belly,” and the two of them started cracking up uncontrollably.

As Tug started getting closer to home plate he said to the two of them, “That story about Ricky and the sweats huh?” which had them both nodding, “Yeah these knuckleheads never want to be in these uniforms until they try to do things without em,” he looked at Lily and then asked, “How does Jay usually like to warm up Lily? Do you think he could come out here and give some of these guys some gas just so they can understand a few things?”

Lily shrugged her shoulders, “He’s actually a horse Tug, he could throw a hundred today and still be out there in two days if you need him too?” and she looked off at Jay who was in the dugout standing on his head in the corner, “Well there’s a new one,” she then added while shaking her head back and forth.

Turning around Tug started laughing, “Jack did that to me during a game a couple of years ago. He said it was because his arm was getting to light and the ball was sailing so he needed to get the blood into his finger tips,” Byron starts joining in with the laughter because he remembered it too, “Remember how that Jacobs kid threw his glove and nailed him square in the …” he trailed off remembering that Lily was a lady after all.

“The word is nuts and yes it played on the news for a week,” she looked over into the dugout again where Jay was nowhere to be seen now, “I doubt he got it from there but if I see him standing on his head again I will throw my mitt into his crotch and see if he has an affectionate enthusiasm about it,” she doesn’t see him still and then throws in, “I better go find Jack Jr before he decides he wants to play with the crew chief’s lawn mower.”

Lily starts walking down the hallway behind the dug out towards the locker rooms in hopes of finding Jay easily, but she didn’t think it would be too hard since he actually doesn’t wander off very far. She knocks on the locker room door yelling out “Woman coming in!” and hears the sound of Chang who does the team’s uniforms, telling her it was all clear. He’s the equipment manager’s right arm actually and is the teams other mascot aside from Jack and John, who usually has a wonderful story about everything, and Lily figured that out the first time he was telling her about how playing Chess was about all the excitement he could handle athletically, but as long as it isn’t after his bed time.

Walking into the locker room she saw at the other end the big bin of clean uniforms and right behind it was Jay and Chang folding uniforms together and of course Change was talking about all the famous players that he had met over the years and how they liked their uniforms. He was right in the middle of telling him about how this player didn’t like his uniforms folded or hung up at all because of past jinxes, while at the same time this other player didn’t like them to be hung up and had to have them folded at the bottom of the locker. This was when Lily spoke up, “Geeze Chang, you’re going to start making him have to try all these things now,” and then she stood there with a smirk on her face waiting for some sort of a reply.

“Jay already told me how he likes his uniform and his other things and I respect his wishes Lily,” he then started showing Jay the way to fold Jamal’s uniform as Jay had put the crease in the wrong place, “He’s actually pretty demanding, but I do what I am asked, it’s important for me to do my job to the best of my ability. Forty Two years I have been doing this and nobody in the city of Boston has ever had a better job than me,” he then adds with a huge grin on his face.

Lily of course is standing there quite confused that Jay even has demands at all about how his uniform is; much less that she doesn’t know this. Jay of course isn’t even acknowledging her and actually looks quite adorable as his mouth is wide open and his tongue is hanging out as he folds so precisely. Chang again shows him how the crease should be on Jose’s uniform and Jay pays attention intently, and mimics everything Change shows him. “Look Jay, they want you to pitch today? That’s ok with you isn’t it or do you want to just fold laundry?” The thought of him folding laundry makes her smile actually because it is one of the things that he does at home actually. It’s Jay’s job and he goes and checks the dryer every day after breakfast even if there is nothing in it, so this really isn’t out of the ordinary for him.

Chang finally breaks the silence that had followed it all by saying, “Jay buddy, you go pitch and I’ll finish this up and come outside afterwards and you can show me how to pitch ok?” which immediately perks Jay right up and has him walking over to his locker without saying a word, “You don’t have to wear your uniform today Jay, just throw on the sweat pants I left in there for you for your practices ok buddy?”

“I never know what is going on in his head Chang, but thanks for getting him motivated I guess,” Lily said to Chang as he started folding clothes faster. He looked up at her and motioned for her to some in closer to him.

Lily moved her face closer to his like he was going to tell her some magical secret like a third grader would one of their best friends, “I don’t know either Lily I just like to talk and so far he appears like he likes to listen, and if he doesn’t he at least doesn’t complain,” which prompted Lily to smile at him and wink which Chang returned to her and then added, “By the way, how do you like your uniform and locker? Jay told me he likes it exactly like you do?” … to be continued
Posted by Jeremy Crow at 4:00 PM