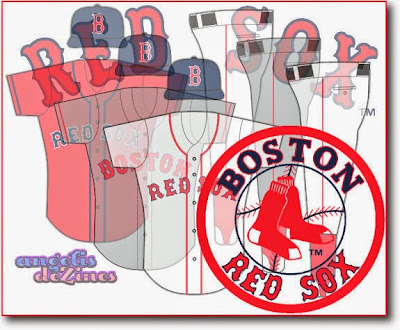 The sun was rather warm for this part of May actually and everyone on the field was sweating up a storm. Not a great day for running drills which is what the speedier players were doing out in the field more to show off then to get any training in. Lily had gone out and shown how she could keep pace with almost all of the fastest players on the team aside from Ricky, but regardless of how pretty the catcher is it still shocks the players to see the catcher running faster than them. On the other hand this is the perfect day for a warm up session if you are a pitcher. Most pitchers will tell you that a flaming hot day is everything they want when they pitch, thus the term warming up is rather true.

Jay on the other hand could care less what the temperature is, whether it’s a warm up or an important game. He is merely here to throw the ball to his sister. The fans don’t grasp that, and the players on the team have only heard in passing that he really isn’t “all there” but most people around baseball are used to pitchers being a bit “out there” after all. Jack really is one of the only pitchers on a high level that isn’t “all there” and it actually appears to be because he is crazy. The rest of them have a “zone” that they get into. They don’t talk to you, and Jay has that one down. They don’t look at you except for the gaze of an enemy who is ready to slay you, and that dazed look that Jay usually displays passes for that quite easily too. Yes a pitcher is a different animal when they are at the top, and nobody is ready to put Jay at the top, because most people have already placed him above that regardless.

“Ok, I can hit this kids crap,” Lily heard from off to the side as Jack was standing there swinging a bat in the on-deck circle. Lily starts shaking her head back and forth as apparently the circus has come to Boston early this year. Of course Jack hasn’t even got a right hander’s helmet on either. “I hope you know I have a .098 batting average in inter-league play so I can take this guy down!”

Lily is still shaking her head but simply holds her hand out in a gesture to show Jack to the batter’s box, “Be my guest, Old man,” Lily says to him as he comes into the batter’s box. She then giggles before she says, “I’ll have him finish you quickly so that the guys that know which helmet to use can get some practice.”

Jack stands into the batter’s box and looks out to Jay standing out on the mound, and gives him a nod which goes unnoticed. He takes a few lazy practice swings and looks at Jay in a curious way as if he is trying to get his attention, but as always Jay stands there with that glazed look not taking his focus off of Lily’s hand waiting for the signal. Curiously Jack doesn’t quite understand what he is seeing for the most part based on the fact that he has never been a stoned faced pitcher like, well every other pitcher to ever throw the ball aside from Jack. Lily kneels there assuming that Jack has always played this little game on every pitcher he has ever been on the same team with and can sense the frustration he is starting to display at not being able to lighten Jay up. “You do realize Jack that when he is on the mound he is even more focused on ignoring you then when he is sitting next to you in the dugout, as hard as that is to comprehend,” Lily finally states to try to break the ice.

“Nah, the kid just needs to get into the groove of the camaraderie of the team,” Jack lets out before another practice swing, “Give me his best pitch, and we’ll see what we can do with it,” Jack then throws out there with a bit of a quiver in his voice.

Jack’s eyes open wide as he doesn’t take his eyes off of Jay’s right hand. He stares as Jay brings his right foot forward to lay it sideways along the front rubber of the pitcher’s mound, his tree trunk of a thigh comes up almost into his chest as his six foot wingspan opens up and his gloved hand points strait out and downward towards Jack while his massive right arm extends so far behind him that Jack almost loses track of the ball in his hand. Frozen in time for an instant the humongous Jay Franklin is outstretched to his maximum and the eyes of Jack Foster open a bit wider as he is finally in full awe of the mighty God that throws the rock the day after he does from the vantage point of fear that the enemies in the other uniforms truly have to overcome before they can even understand the SNAP as his entire body recoils and turns over itself before the little white sphere leaves his solid grip in front of him. Jack doesn’t even realize the second that the ball leaves Jays hand that it is screaming within inches of his stomach and he wouldn’t have even known to swing had it not been for the breeze that the ball left wrinkling at his jersey, and the bat was circling around as the CRACK of the ball hitting Lily’s mitt was already echoing throughout the park. After Jack regained his balance from swinging at air he looked up at the radar on the scoreboard to see a one a zero and a nine in that order.

Jack gets back in the batter’s box and starts doing a few weak warm up swings again. “Yeah so the old man has a hard time with the inside heat,” and it almost sounded believable, but Lily did have to admire his courage after feeling a hundred and nine mile per hour fast ball scream by your gut.

“I could have him throw one underhand if it would make it a little easier on you,” Lily sniggered out at Jack who looked at her with a smart ass look on his face, “Oh come on Jack, you can’t hit the really bad pitchers in the National League, what do you expect me to say,” and Lily started laughing pretty good and almost fell over from it.

“Ha Ha Ha Ha, I have a new Jaguar out in the parking lot against your beat up old Chevy that says I can hit whatever he throws next,” and Jack turns around with a smirk on his face as he holds out his hand to shake with Lily.

“I wouldn’t let my Silverado drag your Jaguar, that doesn’t sound like a very fair bet to me,” and Lily starts holding her gut as she starts laughing frantically, “Look Jack, seriously I don’t want your stupid Jaguar, why don’t you just whiff at the next couple of pitches and then we can get the other guys out here …”

“Look I know you don’t want to lose your truck Lily, but you can’t chicken out of the bet by pretending that you are sparing my feelings, look at all the guys here looking at you like you’re some kind of a girl or something,” Jack says as he cuts her off and with a very sarcastic scowl on his face.

“Oh fine, screw you old man, nobody calls me a girl, I mean,” Lily was rather flustered by it all actually and then threw her mask back on, “Fine, I’ll give Chang your Jag when you whiff. Bout time someone shut you up round the park for a change,” Lily gets down in her crouch and then makes sure that Jay is looking at her when she makes a fist and punches the ground.

As Jay starts in his usual wind up Jack says rather matter of factly, “I tried to give Chang my Jaguar at the end of last season, and he wouldn’t drive it, so I promised him a Silverado,” and Lily got a smirk on her face. Jay’s knee reaches his chest and his right arm outstretches. During that split second in time when Jay is in full extension to drive his body forward and throw the ball Jack says, “I didn’t bet against Jay, I bet against you, and all I have to do is not flinch because you never use your out pitch on the second strike Lily, no matter how badly you want a strike,” and at that moment the ball leaves Jay’s hand and comes hurtling strait toward Jacks head. Jack takes the barrel of the bat onto the fingertips of his left hand and then places the bat over the center of the plate with his eyes closed. DONK! The ball came coasting back in and hit the bat and went rolling half way out to the pitcher and stopped dead in the grass. “That’s what Christian Washington will do to you the next time you try something like that on him, and you better be prepared to get the ball to first damn quick because he’ll already be there by the time you pick it up,” Lily stood up speechless as Jack winked at her and handed the bat to Ricky on the walk by towards the dugout. Lily pretty much figured she was going to need cab fare home by the way he “High Fived” Chang at the steps of the dugout too. … To be continued
Posted by Jeremy Crow at 3:55 PM