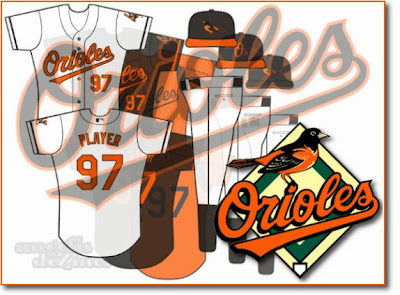 “The team has won 14 of its last 17 games Chris!” John yelled over the crowd as it was going mental around them while Barceló throws another 1 hitter into the ninth inning. “Look at Barceló out there, he’s had six hits in his last four games and has matched his win total for all of last year!” John’s exuberance was even starting to wear off on Chris as he cracked a smile that wasn’t directed at the catcher with the long blonde hair.

Barceló goes into his usual “stretch” wind up with his arm cracked a bit he brings the ball around for what will probably be another hard slider inside. The “book” on Barceló now reads something along the lines of “He’ll bust you inside all night and there isn’t a thing you can do about it,” and as the ball comes careening in on the batter at the plate who takes a healthy swat at it, just to see it bounce back to Barceló who casually tosses it to the first baseman, again. “Damn Lily is starting to make everyone on the team look good, and Jay is living up to his nickname because he has been totally dominant,” came out of Chris and then he added, “This was the longest road trip they have this year and on the west coast to boot, so the ten and three that they posted will be intimidating too when they get back and take on the Yankees.”

“Nothing intimidates the Yankees kid. They’re the Yankees, and they are a game back of Toronto and eight games ahead of us,” John looks down at his watch and throws in, “I’ll just be happy to get home and go to bed at a normal time. Where are we going from here?”

“I’m not stupid. I scheduled us for scouting tours in the Cape Cod league for the next week so we can catch the Yankees series,” and with that the two of them tapped knuckles without even looking at each other because Barceló is just about to head into his wind up again for what will hopefully be his last batter of the game. The score of five to zero doesn’t even tell the tale properly as the Mariners have only gotten seventy one pitches out of Barceló with one out left in the game. That’s unheard of in baseball most of the time, but it is helping Barceló eat up innings and bring his era down to an almost respectable 7.68 which will tell you how bad it was when four complete game shut outs brings you to that. Who would have seen this coming other than John?

Barceló’s slide step brings his awkward delivery over the side and the ball releases in a bit of a dart towards the plate. You actually can see the confusion on this batter as you would have most batters these days when Barceló throws the ball. Is it going to fly strait in, or is it going to dart in and down at the last second. This batter decides that it is going to go strait as his arms swing down on the ball, but like most of the batters today he guessed totally wrong. On one hop the ball went straight back to Barceló who simply turned and fired the ball over to the first baseman which lights the scoreboard up as Barceló now leads the American League in Pitching Assists. “Damn Chris, can you believe that he’s now officially leading the league for the golden glove as pitcher?” John said through a laugh.

“At the beginning of the season I couldn’t believe I scouted that guy,” Chris said back with a more pronounced laugh, “he was about to be the worst move of my career.”

“Technically, unless he finishes the year like this then he still is. His career ERA with the Red Sox is still over 20 Chris, but at this rate he can get it under 10 which would mean that you have scouted 7 pitchers that were far worse,” John looked at the look Chris was giving back to him, “Hey, I’m a stat dork! It’s why you take me around with you,”

“I take you around with me because when you open your mouth it makes me a look a lot smarter …” Chris started to say, but trailed off when the visiting teams catcher took her helmet off and waved her hair out of her face while turning to look at him and John. The black streaks under her eyes from the glare tar doesn’t interfere with her beauty one bit unfortunately for Chris and as always he finds himself lost in that place that he always gets lost in when she looks towards him. John has refrained from picking on him about this for the last month because it had been getting him to a lot more Red Sox games as coincidentally, most of their scouting missions had been close enough to catch a game since Lily joined the team.

“If you ever get up the balls to ask her out on a date or something kid, you can bring me along for that too so that Jay has someone to talk to,” John said through a bit of a old man giggle, knowing full well that Chris heard absolutely nothing but the usual sound of tweetie birds flying around his head. He cleared his throat quite loudly and then started speaking again, “You realize that you are one of the only men she is ever around that doesn’t carry a baseball glove, perhaps it would be about time that you see if she is interested?”

“Interested in what John?” Chris asked without even taking his eyes off of the ‘she’ to which they were talking about whether he even realized it or not.

“Interested in sitting on the same side of the table at Applebee’s for a change instead of across from you, ya dumb ass!” John blurted at him as he stood up. He started making his way towards the isle surrounded by disappointed fans of the other team.

“We’re eating on the plane back John, so we probably won’t be going to Applebee’s until later in the week,” Chris replied totally clueless as to the nature of the conversation. He then threw onto the end, “Besides Crawford told him about the Hilltop and all of the baseball memorabilia he saw there the last time they were in Boston for a series, so I have a feeling that Jay will want to eat there. He’s been getting really adventurous lately.”

“Kid, I’d say you were hopeless if you didn’t have such great taste in women,” John said without even looking back at Chris who has now stood up and started to follow him up the stairs. … To be continued
Posted by Jeremy Crow at 2:45 PM