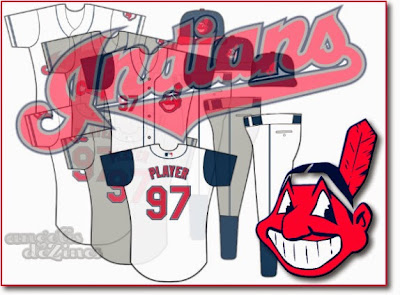 The umpire was standing there tapping his foot after trying to clear the conference on the mound. He’s not particularly happy with the pair since they have been conferencing far too much over the last few innings. He signaled to the manager, and Tug started huffing and puffing his way out to the mound. “Look, you need to take yourself out of this game,” Lily exclaimed to the middle aged man standing in front of her acting like a 6 year old. “Your cutter won’t cut, your sinker won’t sink, your curve ball won’t curve, and that fast ball is starting to look like it is on a tee Jack!”

“I still have my slider,” he started retorting back as Tug made it to the mound. Jack got quiet at this point, and looked at him with a “Who invited you?” sort of expression on his face.

“Your slider actually slides, but it’s so far off the plate that the guys in the on deck circle are going to start slugging it pretty soon!” she looked over at Tug who was nodding at her, in a way that was telling her to continue. This obviously is the dynamic here because as Lily has noticed, Tug doesn’t have the pull with Jack that she does, and the sarcasm works too, “The worst part is that the on deck batters will knock that slider out of the park because it was never your best pitch Jack,” again she looked at Tug and grimaced, “We spotted you 7 runs Jack and you’ve almost given them all back, let someone else get you this win ok?”

Jack threw the ball strait at the ground and started marching with his head down towards the dugout. The crowd was cheering him, probably more for his tenacity than anything else. Six innings of mediocre pitching followed by two innings of atrocious pitching has the worst team in baseball within one run of tying a game that they had no business even being involved in? The bases being loaded didn’t make anyone very comfortable despite the two outs that were fortunately hit very hard to where people were standing at the time. The fans weren’t looking forward to such a flat performance coming back from All-Star break.

“He’s heading straight to the locker room Lily; can you talk to him after the game?” Tug asked Lily as she nodded at him, “He’s never really had to deal with the concept that he’s old, and he’s aging before our eyes,” his eyes were looking towards the outfield where the relief pitcher was starting to make his way in from the bullpen. “You probably haven’t dealt with many guys that are at the end, so make sure that you tell him that the last couple of innings can cost him his next start if he ends up hurting himself. It’s best to just get out and get your rest started,” and again Lily nodded.

“We better pray that Sebago gets that last out, because if he lets any of those runs in Jack will close up and assume he could have gotten out of that jam,” Lily stated as Sebago took the mound.

Tug handed Sebago the ball and looked towards the kid swinging the bat just outside of the batter’s box. Looking back at Sebago he said clearly, “That kid was in our farm system, and he can’t hit high fast balls, but loves swinging at them.”

“That’s what I was going to call, so you know what we’re doing Seth,” Lily said while tapping his glove with hers. She could see his smile because riding fast balls are his game, and it seems to be too easy today.

It didn’t really matter as the team put another 6 runs on them in the next inning so that the Red Sox had won pretty easily, but that wasn’t the point. Lily hugged her team mates, and then immediately started thinking about how he was going to deal with Jack. The team needs him, and he needs to understand that he’s going to be throwing in at least another sixteen games in the regular season alone. How to convey to him that tearing himself open along the way, will greatly reduce his chances of doing that is going to be a problem. His ego isn’t as bad as most pitchers off the mound but to be a successful pitcher as long as he has been then it would have to be when he is on it. This is where she has to guess right.

Lily heard the faint yelling of John from somewhere in the crowd. It was interesting how she was able to hone in on it actually because small ball parks like Fenway are impossible to hear anything after a win. It was a lousy game, but still in dispute throughout so most of the fans was just starting to funnel out now. When she finally spotted him, he was making his way down to the back of the dugout with Chris in tow. “Lily, hold up!”

She demonstrated her un-ladylike nature by climbing up the screening beside the dugout and stood on top of the dugout. Fans saw this and started scurrying over to her, and Lily realized that perhaps it wasn’t a smart idea to do this. Her good natured approach to signing autographs as everyone started holding things out to her made Chris smile. Actually everything makes Chris smile as it pertains to Lily but this is one of those things that makes him smile a bit more. She was correct to just sign autographs though and John was able to squeeze through the small crowd when she asked them all to let him through easy enough. “What’s up John?” she asked him through all of the muttering autograph requests.

“Let me deal with Jack,” he said being rather blunt. Chris was starting to sign autographs now, which made John and Lily look at him confused, but John continued with Lily, “I could tell you to go in there and start yelling at him like you were his mother, and it would probably work, but I think it is just easier if I took him out alone and had one of our brotherly talks about it,” he glanced over at Chris still signing autographs and he was drawing a bigger crowd than Lily now. “Do me a favor and take the celebrity over there out with you and Jay tonight so I have time to talk to Jack,” he stopped a minute at her raised eyebrows, and then added, “you haven’t realized that he doesn’t have many friends yet?”

Lily grimaced a bit and took another look over at Chris. Her crowd had slipped away but he still had about fourteen girls around him. One had just asked him to sign her chest, and then turned to show all of the others. “I hate to break this up, but Chris and I have to get out of here,” and she noticed all of the girls looking at her like she was something foul on the bottom of their shoes.

Chris nervously started heading towards Lily telling the crowd that he had to go with them and blew kisses to some of the girls. He was starting to turn a brilliant shade of red, as he approached them. The girls walked away sulking. “What was that all about?” John asked him as he got closer.

Chris looked at them both, now basically alone, standing on top of the home team dugout, arms crossed. “Well, they  ... um …” came out, but he had a guilty look on his face when he continued, “They seemed to think that I was in the Dropkick Murphy’s,” and then a blush came across his face as Lily looked at him like he had never seen her look at him before. He spluttered along, “Hey, at first I thought it would help you out with everyone crowding around me,” and when Lily’s look changed a bit he admitted, “I liked it though, so I played along.”

Lily kept looking at him strangely, and it made him nervous, but he tried to continue to act cool. Lily said to John without taking her eyes off of Chris, “Yeah, you deal with Jack, and I’ll take Romeo here out with us,” and she gave a little grin. Chris didn’t realize that she finally realized that he was an attractive guy, and she might have actually been jealous. … To be continued
Posted by Jeremy Crow at 4:00 PM