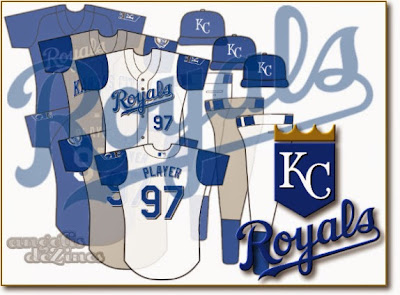 “Jack, you’ve had a great career and you are a first ballot hall of famer, but do you really want to hear yourself being announced as ‘the greatest pitcher who never won crap’ every time you are being paraded out for some public engagement?” John said to Jack as he was trying to brush him off with his invigorating eating. Jack swallowed hard, and then looked thoughtfully at John so he continued, “You’re not setting a very good example for the other pitchers if you don’t listen to your catcher either.”

Indignantly Jack started on John, “Hey, I have played for a bad team my entire career and the only thing I have going for me is the fact that I have shined through it all,” he contemplated and then added, “It’s not easy to step back and let someone else get outs when nobody else has for most of that time John, among other things,” he peered to John’s left at Jay who was examining the desert menu, “It feels strange having Jay here without Lily. I didn’t think he went anywhere without her?”

John looked next to him at Jay who was sitting there and shrugged, “He hopped in my car, and wouldn’t get out. You should have seen the look on Lily’s face when we drove away, but I figured he wouldn’t interfere with our talk,” John leaned over and pointed at the ‘strawberry longcake’ on the desert menu in Jay’s hand when the waitress inquired, “Now let’s get back to what we were really talking about.”

After pointing at the ice cream puff Jack started again in a softer voice, “He hears every word, and stores it for later use,” and then they both looked at Jay who started nodding in agreement, “I wouldn’t be surprised if Lily sent him along as a spy.”

“Well it’s good that you have acknowledged that she is smarter than you are,” John said with a smirk because Jay started nodding more vigorously, “Besides she has been calling my cell phone every 10 minutes since we left. I finally had to turn the damn thing off.”

Jay was working on a pile of placemats that he was signing his name on. He had been getting really good at this pass time whenever they go out. “The kid’s smart you know,” Jack said in a matter of fact manner, “his autograph will be worthless pretty soon supplying every restaurant with hundreds of them every night. It will keep the hounds off his ass later in his career,” Jay didn’t flinch, “Why did you come along with us anyway?”

After a long pause that demonstrated Jay wasn’t going to answer John chimed up, “Lily is babysitting Chris, and Jay must have thought that we would be more interesting than those two. I mean that doesn’t take much to figure out really,” John then looked at Jack who was giving Jay a very sly look, “Yeah I suppose he does pay attention to what is going on after all.”

There wasn’t too much conversation during desserts because all three of these men take to dessert like they are children. Jay, of course managed to eat his dessert while continuing to sign place mats. John observed that perhaps Jay was signing place mats a bit more fervently then he usually does, and perceived that he may be doing it as a defense mechanism to get him through the awkwardness of being out of his element and away from his sister at the same time. Jack was the one to break the dessert silence, perhaps because he noticed Jay muddling through in silence with it all. “Ok, your point has been taken buddy. I am going to have to know when to shut down. Change is good.”

“It could be worse,” came out of Jay’s mouth and startled the other two, “Lily is alone with a guy, and can’t use me as an excuse to get away,” after stuffing the last of his strawberry mousse in his mouth and swallowing, “Can we go to a movie?”

Jack pulled out his cell phone and went to hand it to Jay, but pulled it back real quick, “Looks like she is calling us obsessively as her excuse to disrupt the date,” he said after looking at the twelve messages from her number. John held up his phone screen to show twenty three messages on his phone. “You’ll have to call Lily and tell her that we’re going to the movies Jay,” Jack said after handing the phone over to him.

Jay took the phone and tapped out her phone number saying each number out loud as he pressed the buttons, “Do I press the green button?” he asked Jack who nodded. Within seconds of pressing the green button Jay stated into the phone, “Jay is doing great, and you really need to watch your language,” his face didn’t change as Jack and John couldn’t really avoid listening to the hysterics coming through the earpiece on the phone. “Aren’t you worried that Chris is going to think you are crazy?” he said while the other two started strangling off their mirth. The voice over the earpiece got quieter to the point that John couldn’t hear it sitting right next to Jay. “We’re going to the movies, so I’ll be home late,” and with that the hysterics started up again like a tornado, “Can you put Chris on the phone?”

Jack tried to talk through his laughter at this point, and finally John spoke around Jay, “I would love to see the look on the kid’s face as he is sitting across from her right now,” which had Jack nodding his agreement while slapping his knee. “He’s totally inept socially and this probably has him having a panic attack,” John added before being overcome by his own laughter.

“I want to talk to Chris,” Jay asked again, and the noise coming through the earpiece subsided again. “I’m doing great, thank you for asking. How is everything going there?” Jay asked very politely with a smile on his face. “Don’t worry about that, she’s actually a lot of fun when she wants to be. She’s pretty funny too. You should ask her about her last date several years ago.”

John and Jack looked at each other and started busting out laughing again, “Chris would like the peanut gallery to close,” Jay stated while looking at both of them. They quieted down a bit and Jay continued on, “It’s not late. We have a few days off because of the All Star break,” he paused a moment, “Tell her that I will talk to her when I am finished talking to you,” the chaotic yelling of Lily came through the earpiece again, and with that came the laughter of Jack and John, “Guys, please,” Jay said looking between the two of them, “This isn’t easy you know, Lily is probably clawing at him while we are trying to talk already”

John grabbed the phone away from Jay and then started talking into it, “Chris put Lily on the phone,” he waited a moment and then said, “I’m not going to embarrass you because that’s your job, I just want to assure her that Jay is ok and he deserves a night out with the guys while you ladies go out and do some knitting or something,” his face strained as him and Jack both exchanged hilarious but silent laughter, “Well that’s a start, you and Lily appear to be speaking the same language now. Put her on the phone please.”

Jay took the phone away from John who was straining to try to keep it while also fighting off what should have been hysteria from his laughter. “No it’s me Jay,” but the voice on the other end wasn’t coming through loud which means Lily must have composed herself again, “I want to hang out with the guys tonight, and I think that Chris and you should hang out tonight,” Jay sat and listened to his sister for a few minutes, “There were a lot of girls at the game today that wanted to hang out with him, and I would rather that you hang out with him Lily,” which appeared to be followed by silence on the other end of the phone. “You’re going to end up like Aunt Bella watching those dumb shows after ‘The Price is Right’ and talking to a dog that never stops barking,” after that Jay actually made a face from Lily’s language, “No, they never said anything, but they seem to think this is really funny. I’m not used to being one of the guys, but I think I am pretty good at it by the way they are laughing.”

Jack held out his hand and Jay placed the phone in it. He held it up to his ear and began to speak, “Lily, it’s Jack,” he paused a moment, “Jay wants to go to the movies, it was his idea and almost everything after asking us if we would go has been a surprise to us, so I think that he wants you and Chris to hang out,” he paused a moment, “I don’t personally find it to be your business when I leave a game either, but you seem to get everyone else involved whether you like it or not,” he then thoughtfully looked at the ceiling and continued, “I have spent the night listening to John tell me that I am an idiot, and the most Jay has done is nod in agreement” and the others could hear Lily laugh on the other end of the phone. He listened for a minute, “Well I had to agree that I am an idiot, there is video evidence of it spanning back a couple of decades, but that is beside the point. I agreed to listen to people that have a stake in what I do, and I think that you should do the same,” he listened again while Lily must have calmly explained something to him, and then stated clearly like he wanted her to hear it as such, “Sitting across from you is a man who must have watched you acting like a lunatic for at least an hour now, and I bet he is still looking at you like he is enthralled, correct?” he listened, “Show him something different for a few hours and see if he still looks at you the same afterwards ok?”

After handing the phone back to Jay he gave the thumbs up to John. Jay put the phone to his face, and started to speak, “I should be home by tomorrow or the next day,” which surprised John that she remained calm, “Well they talked about some place called ‘The Foxy Lady’ where I am going to watch women dance on tables, or something like that,” and while the explosion started on the other end of the phone Jack and John both put their heads down on the table in exasperation. … To be continued
Posted by Jeremy Crow at 4:00 PM