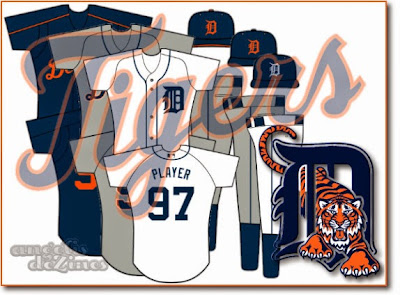 “I don’t know which of those pricks to kill!” Lily exclaimed as she threw the phone into her purse, sitting next to her on the booth. She looked at Chris with a exasperated look on her face, “So where did Captain Charisma tell you to take me?”

Chris who was doing everything he could to pretend to be into his dinner the whole time the phone was being passed around on the other end looked up from his baked potato, and replied, “Well, he didn’t suggest anything, he just wanted me to take you out while he hung out with the guys,” which caused Chris to look up, “He told me to ask you about your last date …”

“This is NOT a date,” Lily proceeded to cut Chris off and before he was able to recover she started rambling off, “I don’t know what those two are up to, but Jay doesn’t need to be involved with any of their games. If I could get my hands on Jack I would pop his big head off of his injured shoulders!” and then she let out a trail of swears that made Chris blush a bit.

Chris definitely looked like a man that would have given anything to just crawl under the table. His face was perplexed actually because of his fascination with Lily that he has had from the very first time she had smiled at him, but then again his taste in women has been well documented as “bad” to say the least. His mind was swaying around as he started looking inward at himself through the beautiful young woman screaming “unattainable” and “damaged” which also happens to be everything he looks for in a woman. Usually he would just sit around being quiet until his charm would real them in and treat him like the piece of crap he always has regarded himself, but for some strange reason Lily had managed to break through some invisible barrier that once crossed would change his life forever. He finally spoke, differently than he usually would have, and it even took Lily by surprise when he said, “I think Jay is sick of being your crutch.”

Lily stopped mid swear and stared at Chris with a “How dare you” look all over her face. The look said it all, and she didn’t have to say a word as the frown crossed her lips as she looked Chris up and down. Feeling that this was probably the time that it took for her to come up with the most brutally soul crushing thing that she could unleash on him, Chris decided that he should continue on before it happened. “I don’t pretend to know Jay as well as you do, but I have spent enough time with him to know that nobody is going to be able to tell him, or convince him of doing anything,” he paused long enough to see that Lily was about to open her mouth and then added, “It’s one of your greatest complaints, and 2 hours away from you will not change that.”

“He’s not my crutch,” she started in a tone that was clearly showing that she was trying to control her temper, “It is strange being away from him, but you can see where I would be worried though?” she didn’t add anything more, probably out of the knowledge that she could lose her temper at any moment.

“You realize that you asked me out to dinner, I am not holding you here as a hostage,” Chris started but then trailed off realizing that he was about to say something that would be hard to repair, “I really would like to take you out on a date, and maybe Jay is trying to be my crutch. He doesn’t miss all that much, he just doesn’t appear to want to comment on too much of it.”

“He can’t comment on too much of it. Do you know anything about autism other than what you probably saw in Rainman?” Lily asked in a bit of an accusatory tone. Chris shook his head and Lily continued, “It’s a brain disorder that causes him to have a hard time relating himself to others,” she thought about it for a moment and then said, “It was a lot worse when he was younger, but he has problems responding to things in a normal manner. Like if you show him a banana, he might actually know it’s a banana but his brain might not be able to let his voice speak anything but pomegranate,” and she chuckled a little bit. “Bet you thought I was going to say apple didn’t you?”

Chris nodded and then said, “It was strange that you ended with pomegranate, but I understood what you meant.”

“Well that’s the point, even though he can’t relate banana to you, he is more complicated than to just relate apple or orange, it would have to be something more out there like pomegranate or papaya,” Lily’s eyes looked down to the table where her and Chris were holding hands. It struck her as rather odd because she didn’t remember grabbing his hand or he hers, and for some reason she was curious about it.

“That makes a lot of sense actually. Is that why he is usually very quiet? I mean is it because he may have realized that not saying anything is easier?” Chris asked her while she was still staring down at the table. That was when he could feel her finger caressing the back of his hand that he couldn’t remember being in his. Chris looked down at her hand in his, and then he looked up at her and smiled, which told her instantly that he was wondering the same thing she was about the intertwined hands.

“He was very quiet as a child, and didn’t talk at all until he was two years old. Before they diagnosed him with autism, they had thought he might be deaf, and then they worried about his sinuses and things like that,” she smiled but with that sign of holding back tears, “then when he decided to start talking for a few years it was non-stop and never fit into what was going on around him. I was young and thought he was always talking to imaginary friends, but my parents knew already that he was autistic. As time went on, he started talking less and less because I always figured that he knew he wasn’t always making sense.”

Chris hadn’t even realized that Lily had stopped talking, so a pause had formed. One would have thought that he would have known instantly because he had stared at her soft lips the entire time she was speaking, but by this point he was lost in her again. Lily on the other hand hadn’t noticed the awkwardness of this because she was gazing down at the back of his hand where her other hand that wasn’t in his had come over to start drawing designs on the back of his hand. She felt uncomfortable actually doing this while at the same time she couldn’t stop herself and was taking the effort to draw little pictures consciously that had meaning. A heart, a diamond, a spade and she was halfway through making a club when her eyes went up to Chris’s and the second she did, his eyes met hers. The blush met both of them. Chris quickly asked her, “Did they say what movie they were going to?

“He told me that they were going to the Foxy Lady to get a rise out of me,” she said while shaking her head. None of this changed her drawing on Chris’s hand, which he was secretly very happy about. “Knowing Jay, he will want to go to a slasher movie because I won’t go to those.”

“Well John wouldn’t be caught dead in the Foxy Lady or a slasher film. If they go to a bar it would be Axis or something else with loud Rock. If they go to a movie it would be a comedy full of bathroom humor. They both act like high school students instead of college students,” with a worried look from Lily he added, “and they both have a line of credit with the cab companies because they never drive if they drink anything. I hate to spoil the legend of Jack and John, but they are both extremely responsible people.”

Lily pulled her hand out of Chris’s grasp and he actually felt an immediate sense of loss, but she was pulling out of her side of the booth, so Chris was able to stifle off his impending doom. What shocked him was when she wheeled around to his side of the table and grabbed his hand to pull him from his seat. In a fluid motion Chris managed to stand up, the whole time terrified that he would knock everything over, step on her foot, or do something else embarrassing, but the moment he was standing Lily got on her tip toes and gave Chris a very soft kiss on his cheek. “What say, you take me out on my second date in 3 years?”

“It’s pretty late, what would you like to do?” Chris asked her in a voice that was trying to sound calm, but definitely sounded nervous, and awkward.

“I don’t care really. Let’s just make sure that you keep me away from home for a few days so that those three bozos can think up dozens of stories, good and bad to explain it all away,” she then sniggered before her hands gently grasped the sides of Chris’s face and pulled him into a kiss that sent ripples through his whole body. It might have gone on for hours if the restaurant hadn’t been full of flashing cameras, and a few cat calls. Pulling away she placed her nose against his and said softly, “I hope they read the newspaper, because I get the feeling you’re going to be famous now.” … to be continued
Posted by Jeremy Crow at 3:46 PM