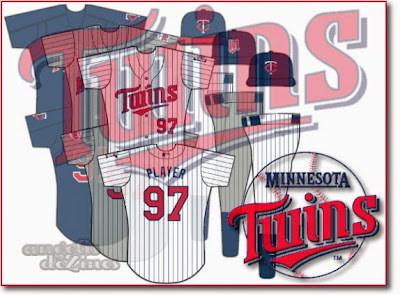 The man on his hands and knees screaming in pain was the scariest hitter the Yankees had owned in nearly two decades. Nobody on the Red Sox could tolerate the bastard, and Lily had warned him about questioning her sleeping habits the last two times he was at the plate. It was his own fault that he kicked dirt on her this time, and Jay took it upon himself to welcome him to the Major Leagues. When the hundred and four mile per hour fast ball hit him in the thigh it immediately knocked him over and he started wailing in pain. Lily could see Jack over in the dug-out gesturing to everyone around him, and she figured that he was explaining how that was a perfect hit. Lily was impressed as well because it was going to hurt like hell for weeks but wouldn’t do any permanent damage.

It had looked like he would have actually hit someone if he could stand up, but at this point the tears in his eyes were gathering the sand and dust flying around the plate while he squirmed. Lily only used retaliation as a last resort, so this wasn’t actually her idea. Goons had been calling her every name in the book from the first time she squatted behind the plate, but more often than not, the other players were very civil towards her. She was starting to like the players on the Orioles, as they were all very young, and usually asked her for tips after a strike out. The Rays were the same way, and even though the Blue Jays had a core of good veterans they were all journeymen who treated her with respect. The Yankees on the other hand were traditionally the spoiled rotten babies of baseball, and a new rivalry was forming rather quickly as the animosity of both teams was really coming to a head.

After McFeely limped down to first he collapsed again and was replaced by a pinch runner. Jay had just given up a perfect game again in the eighth inning to prove a point, and the players on the team always respect something like that. Even the pitcher on the other team tends to stand in awe of someone who takes care of the team above his own stats, but everyone is still in the dark about Jay so they don’t know that the game is everything to him. Jack who is still holding court over on the bench is probably the only other man in baseball who understands this as he has three no-hitters which were marred by hit batsmen. One of them he had had seventeen strike-outs and was actually thrown out of the game, thus forfeiting the perfect game and the complete game in one fell swoop. It was legendary as he walked off the field laughing and calling the Yankees a bunch of babies.

As the next batter timidly approached the plate Lily realized that it was up to her to make sure that the lesson had been cemented so she looked at the man holding the bat and asked, “You have anything smart to say?”

The batter didn’t even open his mouth. He simply shook his head and took his place in the batter’s box. He obviously knew what it was like to face a missile launcher with no regard for his own place in the game. The eleven to zero lead probably had a lot to do with his recognition of the dilemma at hand. Jay could throw the ball clean through him, leave the field, and the team would be pretty sure that they could get four outs without giving up eleven runs. That was another benefit of Jay and Barceló pitching complete games, and Jack getting seven good innings when he didn’t complete a game. The bullpen was perfectly healthy for the first time in years. Hell Lily even mused that she could waste a couple of relievers to break some knees and be safe in getting a win.

This kid at the plate is a much better second baseman than he is a batter. It was one of the few good moves the Yankees had made the last couple of years, actually taking skill over power, but he is a scrappy hitter that rarely strikes out. He’s faced Jay several times now this year, and had even gotten some rather commendable ground outs, and earlier in this game forced Jay to throw fourteen pitches to him before he popped up. Lily remembered this because it was the longest at bat anyone had had against him so far this year. The fact that he is a quite person probably helps on his concentration.

Jay looked in on Lily as she held down two fingers and twitched them to the right. Jay then stood strait up with his hand on the baseball protected in his glove at his stomach. His knee starts to pull up towards his chest while his impressive wing span opens up. The arming of the catapult is often one of the most romantically fictionalized items in any good fantasy novel, but as the catapult reels back here it is merely an object of terror to the man staring at Jay from beside the plate. Jay’s wind up starts so slowly, as he stretches every muscle in his body to get the most amount of force and recoil behind the pitch, and it is so obvious that he never seems to work with runners on the bases. The speedster on first had been alerted to this and started taking off towards second base, while at the same time Jay went from a complete outstretch to wheeling around and flipping the ball to second.

The runner was so trapped that he pulled up half way to second, and skidded around on his hands and knees to head back to first. The ball was casually flipped back to first, forcing the runner to wheel up and go back towards second. Jay instinctively took his place behind the first baseman to back him up as he finally tossed the ball back to the second baseman and then got out of the way. The second baseman executing a perfect pickle started off towards the runner who was now heading back to first with his sights set on Jay. In these situations a runner caught in a rundown will usually hope to finish the maneuver out on a weaker skilled pitcher and hope to pull a rabbit out of his hat.

Lily gasped as she was running over to first to attempt to back up Jay at this point. He had never been involved in a pickle maneuver before, and she was seriously concerned whether or not he would truly know what to do when he got the ball. The runner appeared to have other ideas, as Jay was in the baseline when he caught the ball. The runner crouched down to hopefully knock Jay off his feet when they made contact, but Jay appeared to be even lower, catching the runner clear in the shoulder, and knocking him off to the side about five feet. The ball was still firmly in Jay’s glove and the first base umpire signaled the out while the runner was laying off to the side screaming in pain, holding his shoulder. The benches started clearing immediately.

The melee didn’t start off very pretty, and the only thing Lily could think of was trying to get her brother out of it. Clearly he was one of the largest men out there, but he didn’t really understand violence, and it was probably the wrong time to explain it to him. Lily was beginning the process of pushing him off to the side when she felt hands grabbing her and throwing her away from her brother. Within a second of her hitting the ground she felt someone large stumble over her and hit the ground face first, and with all of the quickness that she could muster she rolled over to see her brother throw his fist into one of the Yankees face so hard that she swore she could see the skin pull away from the skull. Another player came running in and got the exact same. Two bodies laid on the ground clutching their faces, as the third came in and got completely flipped over Jay as he lowered his shoulder and threw him about ten feet up in the air. That was about all that Jay had to endure as the pile of fighting players started clearing a wide birth around the scary pitcher who seems to not understand the baseball version of “sissy fight” that the rest of them did.

Jay walked over to Lily and offered his hand to her so that she could stand up, but some boneheaded player decided it was the perfect time to strike Jay in the back of the head. The punch gleaned the top of Jays head, knocking his cap off since he was in a partial bend, and the force of his left hand as it struck the player full in the side of the face knocked the idiot back at least seven feet. Jay wheeled around and kicked the guy in the stomach after taking a couple of steps. The pandemonium stopped almost instantly around the field as players on both teams started staring at Jay as he kicked the player again. There was a certain look of terror to everyone because they finally noticed the four men laying helpless from what Jay had done to them, and it made it a lot easier for the managers to take control of their teams.

Lily cautiously walked towards Jay who had turned around after his third kick into the whimpering player who was now laying near third base. The Yankees who were still in the dugout were staring in horror at the young man who was hell bent on killing them every time he stood on the mound, and his demonstration that he would go even further than that if they ever over stepped their boundaries. “Are you done yet?” Lily finally asked Jay as he stood there staring at her.

Jay picked up his cap and carefully placed it back on his head. He walked over to Lily and patted her on the shoulder with his left hand and replied, “I don’t like this part of baseball,” and then he started walking her towards the opening crowd of players. As they walked through the parting throng towards the dugout he added, “I’m pretty good at it, but it doesn’t seem to add to the game at all.” … to be continued
Posted by Jeremy Crow at 4:00 PM