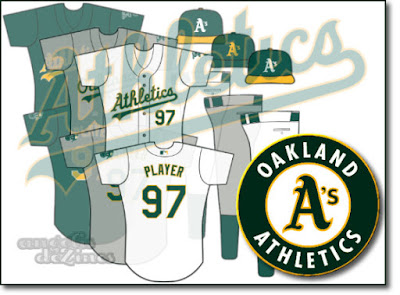 The taped fingers, the batters glove, and the catcher’s mitt were the only thing keeping Lily’s hand from expanding to the size of a watermelon. Her ego didn’t allow her to admit that she lost the feeling in her hand a couple of hours, and seven innings ago, but of course, today had been her most productive day in the Major Leagues. Her brother has struck out nineteen batters, all but one on less than six pitches. No ball has been hit past the infield, and it is starting to look like he will get that perfect game, since only one batter, Christian just to be fair, had gotten 2 balls in his count. It’s gotten to the point where the batters are swinging at everything and missing. Two of the players, again including Christian, had stood in on “The Slammer” and took a try at it as well. The fans thought it was funny.

Despite the fact that Jay had totally destroyed her hand, her bat had been on fire, and she has yet to get out herself. Two home runs, a very hard hit single and an amazing two triples are to her credit today. Other teams hate seeing a catcher with the speed of a center fielder, but then again they can’t seem to stop her if she wants third base on a double either. Tug had already jubilantly told her that no Red Sox player had ever gotten two home runs and two triples in the same game, but it was her thirteen runs batted in that will put her on ESPN tonight for a hell of a lot more than her looks. The two of them would be the force to give nightmares all by themselves if it weren’t for the fact that the twenty four to zero beat down that they have going into the ninth inning would signify that it isn’t all those two.

Actually Jose has socked four home runs in the game, and the only thing killing his RBI count is the fact that Lily keeps clearing the bases before him. This was his first day back as well, and the team really missed his defense at first base, but he decided to come back with a bang at home plate too. This is turning into one of those statement games that would usually send the rest of the league into hysterics, but the fact that it is against the team that has to look over their shoulder at them makes it all that much more sweet. The cherry on top of the sundae was written on the green monster, as it looks like the second place tie is going to end as well. The Orioles are killing the Yankees as well.

Lily was heading up the stairs to the field when Tug grabbed her arm. “You need to rest that hand, it’s starting to look really ugly,” and Lily looked at him very strange. She looked down at the end of the bench where Jay was still sitting there. Her first instinct of course was to wonder how they were going to get Jay to pitch to someone else. He was after all at the end of a perfect game, and probably the most dominant perfect game in history, but she saw a mop up guy running into the field from the bullpen after looking in the other direction. He was being followed out by the backup catcher.

“You’ve got to be kidding me?” Lily shot out instantaneously when she realized what was going on. “You’re going to pull Jay from a game like this?” she followed up afterwards, but the anger in his voice was obvious as well.

“I didn’t pull him from the game,” Tug said to her looking confused, “Jay came over and told me he was done while you were bandaging your hand again,” he then added with a strange look of his own. “Look, Lily it’s one of the things we love about Jay. He has the killer instinct, but he doesn’t have the ego. I just assumed that he was worried about you, or he just didn’t want to see the massacre anymore.”

Lily looked at Tug a little longer and figured that he was most likely right. Jay goes out there to pitch, and he doesn’t exactly go out there to humiliate people. It’s always been a side benefit to the fans. “It should be kind of funny to see how the sportscasters play this one out tonight actually,” Lily said with a small chuckle, “they will probably have story after story about some phantom injury, and that would probably make a lot of us laugh tomorrow.” … to be continued
Posted by Jeremy Crow at 4:00 PM